Compassionate and Zealous Defense by an Attorney who knows how to Win.

Attorney Alexander Berry is a former government lawyer who  by utilizing his skill and insight has  consistently secured case dismissals and not guilty verdicts for clients, even in complex DUI charges. You can expect nothing less than exceptional advocacy when you work with Alexander Berry. When you need proven defense in your corner, you can depend on this Colorado Springs Defense & DUI Attorney. 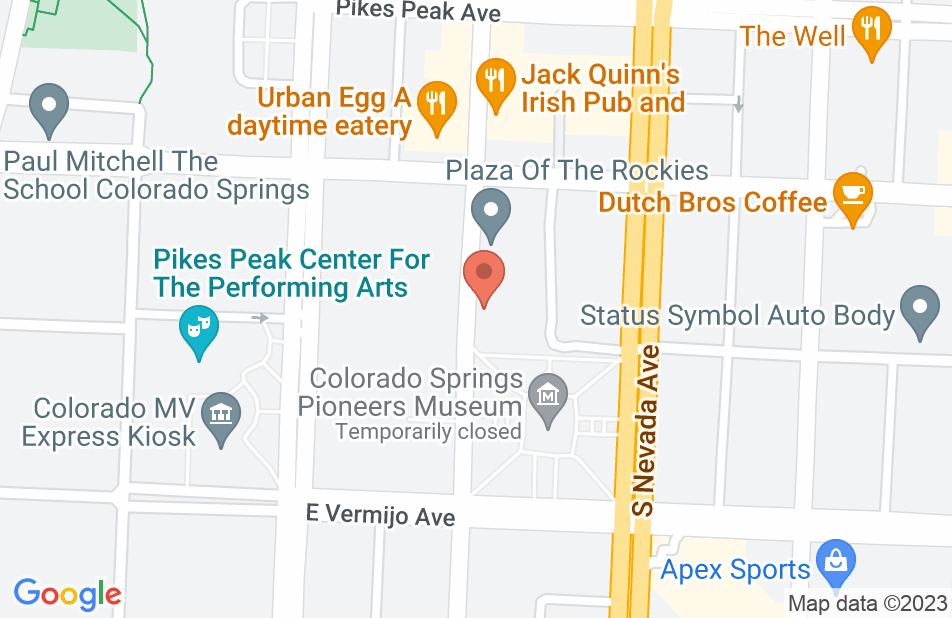 Upfront with best/most likely/worst scenarios Worked with us on cost based on charges and how he expected they would be handled (test outcome versus dismissal and potential trial). He was busy but always made sure that he was there when needed and working for us. Highly recommended.
This review is from a person who hired this attorney.
Hired attorney

He was an enormous help to us. The few meetings we had with him were brief, professional and to-the-point. Alexander helped us understand the system. With his direction, we were able to make a pretty easy decision while he negotiated the terms with the prosecuting attorney. We were confident he had our best in mind and the results of our trial proved that. Thank you again, Mr. Berry.
This review is from a person who hired this attorney.
Hired attorney

Hiring Alex Berry to represent me was a great choice. He is straight forward, professional, and hard working. He was honest about the court process, and worked hard to get me the absolute best possible outcome. Both my family and myself are grateful to Alex for his hard work! I would highly recommend Alex to anyone who has a DUI. He showed great understanding, smarts and compassion during this very difficult time.
This review is from a person who hired this attorney.
Hired attorney

Mr. Berry took my case off of my shoulders. I was able to go about what I needed to do in life while he took care of my case. He explained outcomes to me as we hoped for the best. In the end he was able to find the faults in my case and brought it to dismissal. I would recommend Mr. Berry to anyone in need as well as again for myself if needed again!
This review is from a person who hired this attorney.
Hired attorney

This was a very difficult case, and Mr. Berry took it on for his standard, respectable fee. The case took much longer that expected, as I had several other issues going on with the case, along with a civil suit in the matter. Mr. Berry Managed to keep me out of prison, after being charged with 3 felonies and a misdemeanor. He managed to get all but one felony dropped, and keep me out of prison to ensure I did not lose my career of 20 years. This whole process took over a year, and he continued to represent me for the agreed upon amount in the initial contract. Even after the case was settled and over, the original judge was replaced and the new judge issued a warrant for failure to appear, as she was no aware of what was going on with the case. Mr. Berry let me know made sure I stayed where I was until he could get in it quashed. He continued to look out for me, even though he fulfilled his obligations 100%. As if that was not enough, he helped with getting an insurance pay out in my civil case, to pay for the restitution in the criminal case; again, he made sure I was taken care of. I would recommend Mr. Berry to any of my friends and family members if needed. His professionalism, expertise of the law, and his trustworthiness, makes him a great defense lawyer.
This review is from a person who hired this attorney.
Hired attorney

This was my first foray into the legal system, arrested for DUI, a very bad situation that I got myself into, lesson well learned. After a consultation I decided to hire Alex, best decision I could have made. Right from the beginning he helped myself and my wife overcome the fear and anxiety of the situation. He is very knowledgeable and straightforward with the facts and angles, and was able to negotiate a reasonable outcome, despite the obvious corruption and 'guilty until proven innocent' attitude of the kangaroo court of a certain county in Southern Colorado (clue, they built a shiny new courthouse in/around 2014 ;) He went toe-to-toe with the DMV during my phone hearing and slam dunked the hearing officer when he tried to proceed without the sheriff deputy present as requested. My best advice is to avoid getting in trouble in the first place, but if you find yourself in a situation, get a hold of Alex and do exactly as he says. Cheers and Yol Bolsun! -k
This review is from a person who hired this attorney.
Hired attorney

Not all hero's wear capes

I want to start this review by thanking Alex for my freedom. Alex...thank you my friend. I called Mr.Berry nervous, scared, and alone with my freedom hanging by a thread. Upon going to visit him in his office and presenting my case to him, he replied with one word. Relax. He assured me that he would do everything in his power to get me the best possible outcome to my situation. Then he began to work. Alex displayed an impressive work ethic and tenacity that left me at a loss for words. He worked diligently as promised. Even calling me from his office on a Sunday evening. Not from his home on a cell phone, but from the office...on Sunday...in the evening! This man who didn't know me from Adam sacrificed his weekends and time with his family to make good on his promise, to get me the best possible outcome. He delivered with flying colors. While I won't go into specifics, I stood to lose 18 months of my freedom and fines reaching the 6 figure range. Thanks to his efforts and hard work I was able to keep my freedom and not go broke in the process. I recommend Alex Berry to anyone that needs representation from a winner. He makes good on his promises and is a man of his word. Character like his is hard to come by in this day and age. So thank you Alex, for being exactly what I needed. Not all heros wear capes or uniforms....some wear suits and a classy beard! Alex Berry, you are my hero! Thanks for everything!
This review is from a person who hired this attorney.
Hired attorney

Helped me up with a speeding ticket that would have hindered my CDL career. He talked to the DA representative and had me do 25 hours of community service for lower charge. Completed hours and on pretrial date appeared in court with Mr. Berry. When he came back after talking with the DA representative and filing court paperwork, it just so happened that my case got dismissed. So I did 25 hours of community service, and received a dismissal from the courts thanks to Mr. Berry.
This review is from a person who hired this attorney.
Hired attorney

Saved my life and career!

Mr. Berry is a fantastic attorney! I was away for a long period of time (7 months) after I was charged with a DUI. My BAC was .087 and I was caught speeding (85 in a 65) the charge was reduced to a DWAI along with the lowest fee, no jail time, lowest amount of community service (24 hours) no probabtion officer and the speeding fine was dismissed. He handled everything while I was away and I didn't have to do a single thing on my part. As you can imagine I was incredibly stressed out after the initial incident. He promised me I would be taken care of and he held his promise to the highest degree. Mr. Berry is incredibly professional and a very smart individual. I recommend him to anyone seeking help when it comes to dealing with a DUI, DWAI, or any other road law. Thank you Mr. Berry for everything you have done for me!
This review is from a person who hired this attorney.
Hired attorney

Best attorney in the Springs!

I first met Mr. Alexander Berry in 2014. He has always been professional. He helped me get my green card by guiding me and my husband throughout the process and appearing at the interview with us. He has also helped us in other cases and has won every single one for us. Thank you for your outstanding service!
This review is from a person who hired this attorney.
Hired attorney
See all reviews

Alex Berry wins trials and gets great plea deals for his clients. It's worth your money to hire him.

Alexander Berry is very skilled attorney who passionately and zealously represents his clients in all manner of criminal defense cases. I recommend him for everything from serious criminal offenses to traffic tickets in the Colorado Springs area.

Alex is an strong advocate and knows how to effectively deal with prosecutors and win for his clients at trial. I highly endorse this attorney.

Alex is a very knowledgeable criminal defense attorney with a passion for helping people achieve the best results in their criminal cases.

Hardworking and detail oriented. This is the go-to attorney in Colorado Springs for DUI and DWAI cases, and other criminal defense matters as well!

Mr. Berry is a passionate and effective advocate for his clients. His legal knowledge and excellent trial skills ensure that his clients always receive outstanding representation when they are faced with a criminal or traffic matter. I highly recommend Mr. Berry.

Alex is one of the most strategic and tactical attorneys I know. He's also one of the most principled and ethical, which makes for a perfect combination of attributes. I highly recommend Alex!

Alex Berry wins trials and gets great plea deals for his clients. It's worth your money to hire him.

I endorse this lawyer. A smart, aggressive attorney who gets the job done. You won't be sorry you've chosen Alexander Berry.

Alexander Berry is very skilled attorney who passionately and zealously represents his clients in all manner of criminal defense cases. I recommend him for everything from serious criminal offenses to traffic tickets in the Colorado Springs area.

Alex is an impassioned and surprisingly experienced advocate for his young age. He is a proficient trial attorney with the knowledge to get it done, and the ethical underpinnings to get it done right. If I ever need a lawyer in CO, Mr. Berry is first on my list.

I wholehearted endorse Mr. Berry. He is a thoughtful, caring, and aggressive attorney that I would not hesitate to work with.

I endorse this lawyer. Alex and I used to be co-workers and have since worked together on several DUI's. He knows his stuff and how to achieve favorable results for his clients.

Alexander is a very good attorney who sincerely cares about his clients and will leave no stone unturned to get the best result for them. I am an immigration attorney, and we have consulted with each other in situations where a client's case involved both immigration and criminal questions.