After serving honorably in the United States Marine Corps, John got his undergraduate degree from UC Berkeley.  He then moved to Colorado to attend law school at the University of Denver.  During law school, John spent two years working for a criminal defense firm.  He also participated in the Denver Law Criminal Defense Clinic where he represented underprivileged clients in criminal matters and record sealing cases.

After law school, John worked as a Judicial Fellow for the Honorable Judge Michael McHenry in the Fourth Judicial District where he focused on research in criminal and civil matters.  John then accepted a position as a Deputy District Attorney with the 4th Judicial District Attorney's Office in El Paso County where he prosecuted traffic, DUI and misdemeanor cases.  John worked for a civil litigation firm in Denver before opening his law practice in Colorado Springs. 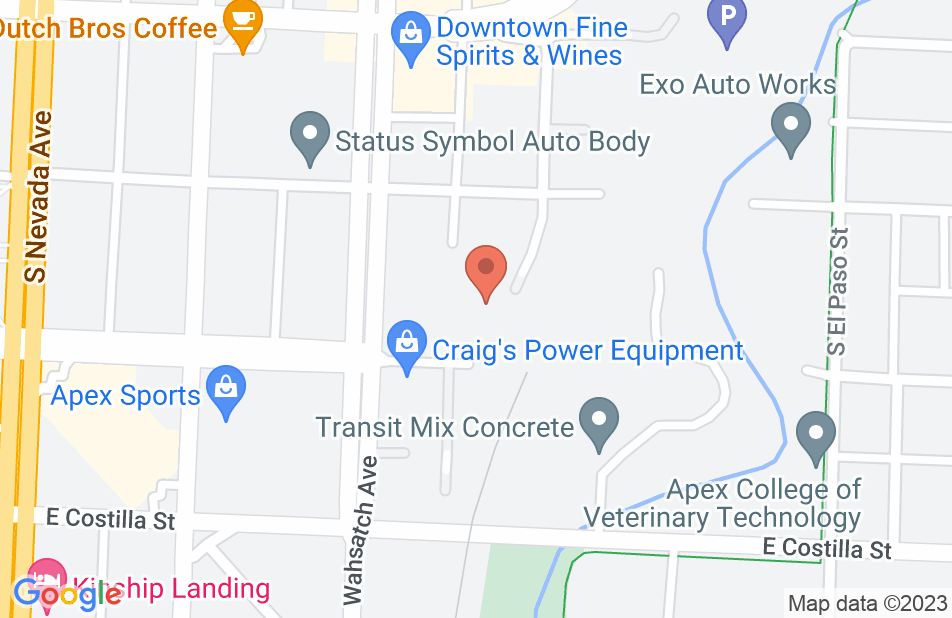 Mr Joyner incredible, he helped in my traffic case in Colorado while I stayed back in New York where I am currently residing, he doesn’t only save me the cost of paying a flight to come but the time I was to loose from work , he is very professional and patient and did his absolute best in my case saving me 4 point that was to be put on my license I am so happy that I choose him and will do a thousand times more and refer any colleague in Need his way .
This review is from a person who hired this attorney.
Hired attorney

Prompt and thorough. Thank you!

Mr Joyner was quick to respond to my initial request for consultation calling me back within 15 minutes on a Saturday. Upon being hired, he was quick to begin working with the court and thoroughly reviewed the information provided during discovery. He was prompt to provide updates and information as soon as he had something to pass along or discuss. While I'd prefer to have not required his services, I am satisfied with his performance.
This review is from a person who hired this attorney.
Hired attorney

Great lawyer does his job througholy

John did a great job representing me in my felony drug case. He was able to get some charges dismissed and my felony drug possession reduced to a misdemeanor.
This review is from a person who hired this attorney.
Hired attorney

I found John with only three days until my first court appearance. He was available to take my case and went to court on my behalf twice. I never had to set foot in the courthouse. He explained things well to me and made time to answer all my questions by email. When the first DA didn't give him an offer we liked, he found one who did. He was very understanding of my situation and quite helpful. This was my first experience with anything like this, and John made it much less stressful for me than it otherwise would have been. I thank him from the bottom of my heart.
This review is from a person who hired this attorney.
Hired attorney

John was very helpful and patient with me. He did all I hoped for and will have my careless driving citation removed from record. Thank you John Joyner!
This review is from a person who hired this attorney.
Hired attorney

Mr. Joyner worked opposite me on many matters. I always found him to be highly competent and an aggressive advocate for his clients. I'm glad he joined the defense team!

Mr. Joyner is the quintessential professional in every sense of the word. He advocates with passion for every client that retains him. I strongly endorse him.

I've worked against John on cases where he was opposing counsel, and I've worked with John on Cases. He is a tough, experienced litigator that I want in my corner.

Mr. Joyner is an excellent attorney who is always on time and impeccably prepared.

I worked with John in the Criminal Defense Clinic in law school. I whole heartedly recommend John as an excellent attorney and all around great guy! If I needed a defense attorney for myself, John would be one of the first attorneys I would call.

Mr. Joyner worked opposite me on many matters. I always found him to be highly competent and an aggressive advocate for his clients. I'm glad he joined the defense team!

I have been able to see Mr. Joyner work as both a prosecutor when we worked together at the District Attorney's office and as a defense attorney once he transitioned to defense. John is a zealous advocate for his clients and very detail-oriented. I am proud to have him as a colleague and a friend.

Mr. Joyner is the quintessential professional in every sense of the word. He advocates with passion for every client that retains him. I strongly endorse him.

John is a competent attorney who always seeks the best outcome for his clients.