Mr. Trani is known for his tenacious and aggressive trial skills, and his courtroom presence.  It is his philosophy that meticulous preparation is a necessary component for trial excellence and success.  He has successfully obtained Not Guilty verdicts in almost every state Court in Colorado including Denver District and County Courts, Arapahoe, Jefferson, Douglas, and Adams county district and county courts. He has successfully represented select clients throughout the U.S.  Notably, a Not Guilty verdict in a very serious felony matter in the Philadelphia, Pennsylvania Court of Common Pleas.

In addition, Mr. Trani has successfully negotiated thousands of cases for clients in almost every jurisdiction in Colorado. He is respected by judges and prosecutors throughout the state.

Mr. Trani's work on many of these cases has garnered both local and national media attention from television programs such as The Today Show, Good Morning America, Hannity, and Dateline.

The Firm's offices are located in the Cherry Creek neighborhood of Denver, Colorado.  The Firm represents people accused of criminal matters in Denver, all other Colorado jurisdictions, and Mr. Trani is available for select, specialized, services in all jurisdictions throughout the U.S. 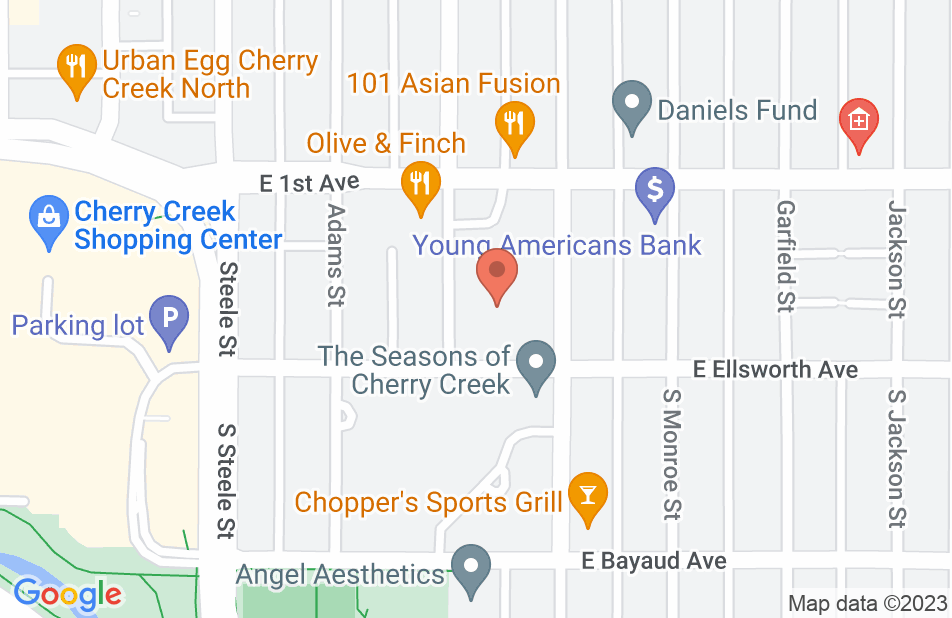 I recently received a DUI and decided to ask Trent for representation because I’ve only heard the most positive things of him and his firm. He’s kept me fully informed on everything going on and doesn’t sugar coat anything. Anytime I’ve had any concern or question he’s quick to respond with no b.s. and is straight to the point. Couldn’t be more grateful with my decision to ask him to represent me as I would do again as needed. I fully recommend anyone who has been in a similar situation to give him a call as you will not regret your decision doing so.
This review is from a person who hired this attorney.
Hired attorney

The best in Colorado!

I had a very serious felony criminal matter in Denver District Court about a year ago. I contacted several attorneys when I was trying to decide who to have represent me. Mr. Trani was far and away the most impressive with his knowledge of the law, his ideas for my defense, and his ability to make me feel comforted. I went ahead and hired Mr. Trani and am so happy that I did. He looked over my case and found several flaws in the district attorneys case against me. He hired an investigator who also found witnesses and surveillance video that was favorable to me. We were set for trial this last summer and I was very confident that Mr. Trani would be successful for me. I could tell that he was prepared and way overmatched the DA who we were up against. I was offered a low level misdemeanor a few days before the trial that I could not refuse, so the case never actually made it to the trial date. After accepting the misdemeanor that Mr. Trani also advised that I accept, I was granted a short period of unsupervised probation. All I had to do was pay a small fine and some court costs, and do 24 hours of community service. It was Mr. Trani that helped me get this great deal. I would definitely recommend him to anyone in need of a criminal defense lawyer. I think that he's the best! Thanks Mr. Trani!
This review is from a person who hired this attorney.
Hired attorney
See all reviews

Shazam is well respected by district attorneys and judges. As a former public defender, he has the experience to handle any type of case. I strongly endorse this lawyer.

Claire Dawson, DUI and DWI Attorney on Apr 22, 2015
Relationship: Worked together on matter

I highly recommend Trent as a criminal defense attorney. He is an excellent litigator with a wealth of knowledge and experience. He always puts his clients' needs first and that makes him a very successful and accomplished advocate.

Trent is one of Colorado's premier criminal defense attorneys. If you find yourself in a criminal pickle, call Trent and he fight hard to protect your rights!

Trent is an amazing trial attorney. His extensive knowledge in the area of criminal defense makes him one if the best attorneys in the Denver Area.

I am proud to endorse Trent. I've known him since 1996 and have witnessed him rise to being one of the premier criminal defense attorneys in Colorado. He combines outstanding skills with compassion and a big heart, something often missing from attorneys in this day and age. I strongly recommend him to anyone in need of a criminal defense attorney.

Over the 15 years that I was a prosecutor I handled numerous cases against Trent. I always found him to be prepared, passionate, and a very effective advocate for his clients. We litigated one very complex vehicular homicide trial--me as the prosecutor and Trent as the defense attorney--so I have seen his trial skills first hand. Trent is an excellent trial lawyer (he won that case). I have no hesitation whatsoever in recommending Trent as your criminal defense attorney.

Mr. Trani is my go-to referral for contacts who need outstanding legal representation related to criminal matters. He's professional and well-respected by the Denver judicial system.

Excellent attorney. Experienced and savvy. I have worked with this attorney and I have the highest regards for him and the work he does.

I have known Trent for 18 years and am very familiar with his professional abilities as an attorney. Trent is experienced, savvy, cares deeply for his clients, and it shows in his results. He is highly regarded by fellow criminal defense attorneys in the community. He has earned his reputation as a highly skilled and ethical attorney. I am pleased to recommend Trent Trani for the most complex criminal cases.

Mr. Trani is a knowledgeable and compassionate attorney with great trial skills and a no quit attitude. I have had the pleasure of working with him on numerous cases and find him to be engaging and effective. I endorse Mr. Trani as competent and effective counsel.

Attorney Trani is a hard working, compassionate and client oriented advocate. I endorse this lawyer.

Mr. Trani has proven time and time again over the years that he is a masterful attorney at both criminal defense and personal injury. Even with my prior experience as a judge, I find Mr. Trani to be an incredible source of knowledge and assistance to other attorneys in our community. I would not hesitate to recommend a client to Mr. Trani.

Trent and I have opened the Law Firm of Frankfurt & Trani, P.C. in 2004. We have owned the Firm since that time. We worked together an additional 3 years prior to that time at another criminal defense law firm. Over the years, I have seen Trent handle hundreds, if not thousands, of criminal cases. These have included minor cases such as DUIs and other misdemeanors as well as many very serious cases such as vehicular homicide, sex assault on a child and rape. The results that he has achieved have been outstanding and I would endorse and recommend him to anyone in need of criminal represention.