I grew up in Virginia and graduated from the Virginia Military Institute in 1993.  I started working with Citigroup in the mid 1990's, mostly in Virginia and Maryland.  My career with Citi eventually brought be to Texas.  It took living here about a month to understand I would grow to become a Texan for the remainder of my life!!  Having recently finished my MBA and finding a calling to go to law school, I accepted a role with Friedman's Jewelers running the three departments that comprised their banking and legal compliance programs for over 300 retail locations.  After Friedman's went out of business, I elected to finish my legal education on a full-time basis.  I started Girling Law in 2010.

I'm married to a wonderful Texan!  My wife and I are the proud parents of a beautiful orange tabby and a completely pig-headded sheba enu (dog).  That's how shebas roll, though.  And I think her being so headstrong is what I love the most about her.  (I feel that way about the dog, too!)  I am very close to my mother and brother, both of whom live in Virginia.  I take every opportunity I can to see both of them.

During the one or two waking hours a week I am not working away in my office, I enjoy studying foreign languages.  I am presently working on Russian using various resources, including a Russian TV comedy called "The Kitchen."  I'm a ways off from conversational Russian, but I do have most of the curse words down.  I am a big fan of Indie and science fiction films, and take in a movie every chance I get.  Except for the Star Wars franchise.  I'm done with Star Wars.  Jar Jar Binks was bad enough, but then The Last Jedi?  I just can't....  I find foreign films to be among my favorite these days. 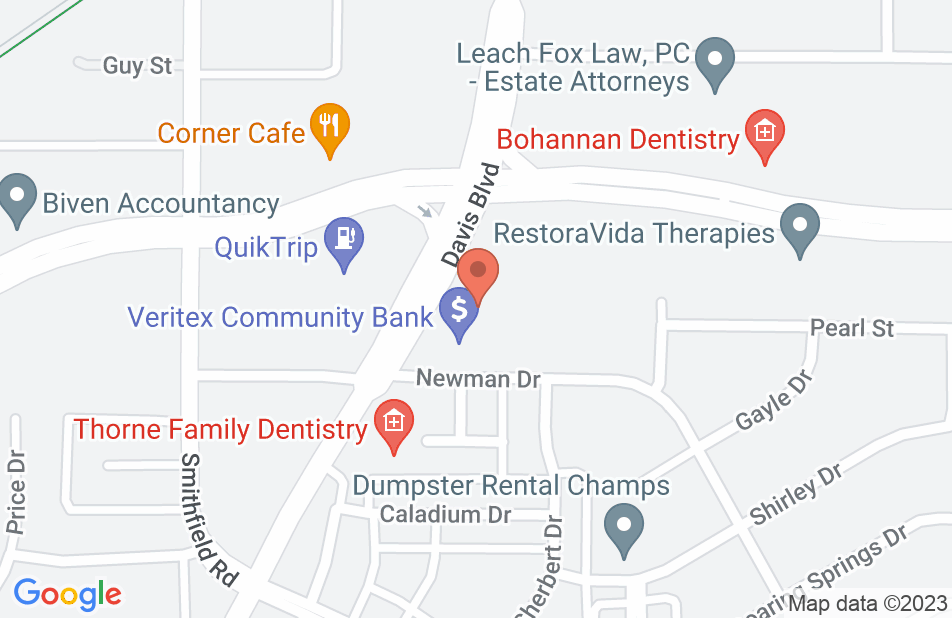 I was in a situation were I had to extract a non compliant tenant within my dwelling, I was at a crossroads as to how to evict this individual, I searched the Internet and found the Girling law offices, they were able to give me the guidance I needed, they handled my case with professionalism and courtesy, thanks Girling Law offices. Respectfully, Wendell C. Greathouse

Helped Me With Nightmare Tenant

I'm a first time investment property owner. Unfortunately I didn't get off to the best start. My first tenant's deposit and first months rent check bounced after they had already moved into the property. They were in the property without paying for months it was a very trying time. After one failed eviction attempt and several hundreds of dollars later I finally decided to hire an attorney. I made the smart decision to stop trying to do it all myself and hire an attorney to handle my eviction case. I was fortunate enough to find Girling law. Mr. Girling and his team immediately turned things around. They were knowledgeable and attentive it turned out to be the best decision I could have made. They handled all correspondence with the tenant from the moment I first spoke with them until the tenant was out of my property successfully. They took all the stress of the situation away and quickly got my tenants out. It made a world of difference to me especially since I am an out of state owner. They appeared in court multiple times without me having to be present all for a flat fee that didn't break the bank. Mr. Girling even recommended a great property manager to handle the property to make sure this problem didn't repeat again. I'm happy to say that I now have great paying tenants. The nightmare is over very much thanks to Girling law. If you ever run into a problem with your tenants I highly recommend calling Girling law immediately - don't wait!

I was stuck with a tenant who was not responsive after lease expiration. Mr Girling was able to handle evacuation case and resolve the issue. They keep me updated about the case status and fought for me in the court.
This review is from a person who hired this attorney.
Hired attorney

Took good care of my problem.

If you need a lawyer for any type Real estate problems, Marc is the guy to hire. this was my first time to use Marc's office and it was easy, fast, and they negotiated an acceptable settlement. Thank you and your team.
This review is from a person who hired this attorney.
Hired attorney

Everyone was great and easy to work with. They were fast and did what they said they would do. Would recommend them to friends.
This review is from a person who hired this attorney.
Hired attorney

I rarely have to do evictions, but in the future will be using Girling Law for all of them. As I was already mid-process, they were happy to tailor a reasonable fee and game plan for where our case was at the time. They were professional, friendly, explained everything very clearly, and kept me in the loop the whole time. Best of all, they moved quickly and efficiently to get us taken care of. I would absolutely recommend this firm!
This review is from a person who hired this attorney.
Hired attorney

Girling got my property back

I was stuck with a professional squatter who had very good legal advice and knew how to stick it to me good. Her last victim hosted her for almost a year I found out later. She had a simple eviction case tied up in Federal court and would have taken months to evict her. Thanks to Girling law her time was cut drastically and saved me thousands. I will call them again in a Hart beat.
This review is from a person who hired this attorney.
Hired attorney

Eviction case with Grit of Possesion

We had a problem with a tenant that after giving the deposit and paying for the first month; he immediately got behind paying rent of the second month and was not complying with contract agreements for paying late fees, etc. At the beggining the problem seemed manageable, for what we did the minimal (send 3 day notice letter, call references, etc.) After being unsuccessful collecting the payment, we decided to take legal action and avoid further delays. How fortunate we were to find Mr. Marc Girling; even after following the regular legal procedures and winning the eviction case the tenant neglected court rulings and decided to stay without pay on the property. Marc helped us to quickly apply for the Grit of possession where we were finally able to take control back of the property (with minimal delay and physical damages or conflicts) during the eviction process Marc never hesitated to run the extra mile and he kept us very well informed of the case progression. I will definitely recommend and use Marc to help us with any legal real estate issues, he is knowledgeable, trustworthy and supportive.
This review is from a person who hired this attorney.
Hired attorney

I bought a foreclosed property from a county auction. As soon as I found out the people that are living there will do anything to hold down to this property, I made a smart decision of calling Girling Law Firm. Mr. Girling was very patient and worked really hard to get me my property back from the free loaders. I really appreciate Mr. Girling's efforts and his knowledge.
This review is from a person who hired this attorney.
Hired attorney

I had a fantastic experience! Marc's knowledge of real estate law is amazing and his staff was courteous and did a great job keeping me informed about my case
See all reviews

I endorse this lawyer. He is extremely knowledgeable in all areas of real estate law. Always willing to go the extra mile for his clients.

I endorse this lawyer. Great attorney who efficiently gets his clients cases handled.

I endorse this lawyer. mark has demonstrated a lot of knowledge, enthusiasm, and curiosity in the fields of real estate and landlord/tenant law. He is always asking questions and learning new things. I consider him a friend as well as a colleague.

I strongly endorse this lawyer. Leonard is an authority on landlord tenant law. I've heard him speak at a seminar. He is a super clear communicator who will passionately fight for his clients.

I endorse Leonard's services. He provides passion and a commitment to excellence for each of his Clients. I recommend his services to anyone needing a Real Estate attorney in Texas.

I endorse this lawyer. He is hardworking and knowledgeable in eviction law. He is dedicated to helping his clients and giving them the best representation possible.

Corey Scott, Real estate Attorney on May 3, 2015
Relationship: Other

I was recently invited to participate in an exclusive group of like-minded attorneys to discuss various types of law, including real estate law. After having had the opportunity to speak with Leonard at length about Texas real estate law, I strongly recommend anyone in need of legal representation in the area of Texas real estate to beat a path to Attorney Girling's door and hire him!

I wholeheartedly endorse this lawyer. I have the honor of belonging to an ultra-exclusive (Top 25 Nationwide) attorney mastermind with Marc that meets regularly in person. Marc is an accomplished attorney who gets results for his clients. If you live in Texas and are in need of any kind of real estate advice, do yourself a favor and meet with Marc. You will be glad you did. He has helped me make money too!

I have the honor of belonging to a mastermind with Leonard that meets regularly in person. Leonard, is an accomplished attorney who gets results for his clients. If you live in Texas and have any real estate needs, do yourself a favor and meet with Leonard. You will be glad you did.

Leonard is a leader in the Texas real estate legal community. I highly recommend him in that area.