Corey L. Scott, was born and raised in East Chicago, Indiana. Upon graduation from East Chicago Central High School, Corey attended Indiana State University and graduated with a Bachelor of Science degree in Criminology.  Upon graduation, Corey accepted a position with the Marion County Superior Court, Juvenile Division where he served with distinction for the next nine years, eventually being promoted to Director of the Youth Counseling Department.

Pursuing his dream of becoming an attorney, Corey attended the Indiana University School of Law-Indianapolis.  While in law school, Corey was an Indiana Council on Legal Education Opportunity (ICLEO) fellow and participated in Moot Court competitions.  He also worked in the Marion Superior Court, Criminal Division as a bailiff and research assistant to the Honorable Tanya Walton Pratt, who has recently been nominated to serve on the Federal Bench by President Barack Obama.  Corey also served as an internship law clerk to the Honorable Judge, Margret G. Robb, who sits on the Indiana Court of Appeals.  Finally, upon graduation from law school, Corey had the distinct honor and privilege to serve as a law clerk to the Honorable Justice, Robert D. Rucker, who sits on the Indiana Supreme Court.

Corey then became an associate with Mike Norris Law Office, where he specialized in bankruptcy law with a main concentration on working to assist families obtain a fresh start through Chapter 7 bankruptcy.  Still a young attorney, Corey then served as a public defender at the Marion County Public Defender Agency.  In this position, Corey gained invaluable trial experience by defending clients in a wide range of matters from misdemeanors to serious felonies on a daily basis.  It was also during this time that Corey discovered his passion for representing and serving "everyday people."

An entrepreneur at heart, Corey established the Law Office of Corey L. Scott, P.C.  Since then, he and his staff have served the greater Indianapolis community and surrounding counties in several legal disciplines including: Bankruptcy, Criminal Defense and Family Law.  In keeping with his vision, Corey L. Scott, P.C., is a client focused, results oriented general law practice that endeavors to provide legal solutions for "everyday people" charged with a crime, dealing with financial crisis or going through a difficult divorce.
Corey has also been active serving the greater Indianapolis community by participating in pro bono programs such as "Ask a Lawyer," the "Modest Means" panel program which allows individuals to afford legal counsel at a fraction of normal rates, Neighborhood Christian Legal Clinic and the Heartland Pro Bono Council program. 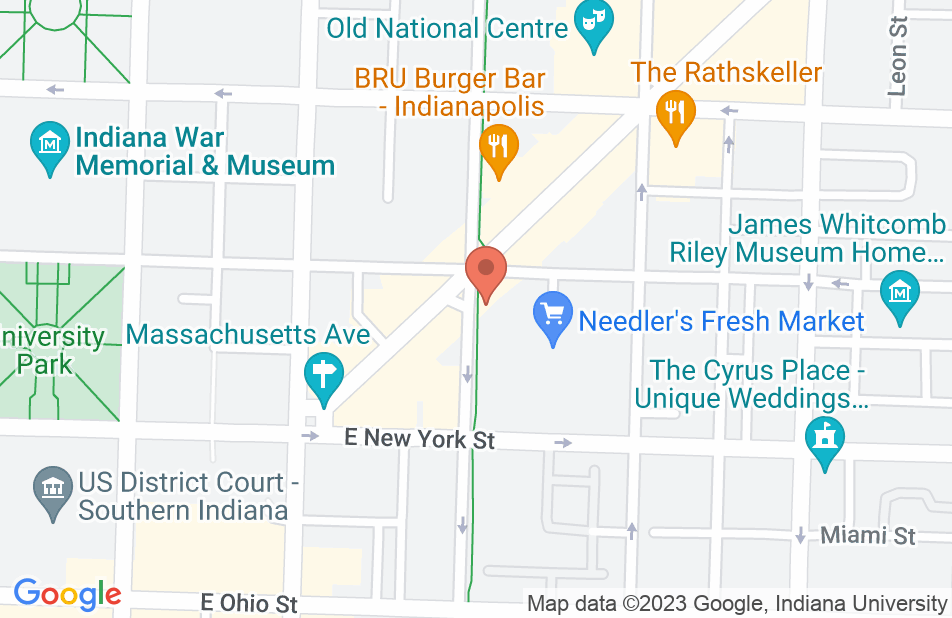 The Best of The Best

I am extremely grateful that I was referred to Corey L. Scott. He handle my case confidentially and I was very comfortable communicating personal matters with him about my case. Corey was very skilled and knowledgeable with his performance. He assisted, informed and kept me abreast on the process that followed. It was never difficult to get in contact with Mr. Scott and his response was very timely. I would like to thank Corey L. Scott for the work that he has done and would recommend him to anyone who is in need of representation.
See all reviews

I endorse this lawyer. I've known him since before I was an attorney. I've watched him conduct several jury trials and win. He always fights for his clients and is a very skilled attorney.

I endorse this lawyer.I've worked with Corey for a number of years. He is a very hard worker, and a strong and compassionate advocate. He takes pride in his work and law practice. He is able and willing to put in the time to properly represent his clients. Corey will not be "pushed around" by the government. He stands up for his clients. His study and application of the law is meticulous. I consider Corey to be one of the most effective and knowledgeable advocates in the United States. He pays attention to the details of his cases. Most important, Corey listens to and works to understand his clients. I highly recommend him.

I endorse Mr. Scott and would recommend him to anyone seeking legal representation for criminal matters.

Mr. Corey Scott is very professional and shows much skill and passion in his work. He has many years of legal experience as a licensed attorney in Indiana. I highly recommend Mr. Scott as a criminal defense attorney.

Corey Scott is aggressive and professional. He is a great attorney.

I endorse this lawyer. He is skilled and well-respected in the community.

Cory is a knowledgeable and caring attorney, and I would without hesitation refer clients to him in need of bankruptcy relief!

Jeffrey Kelly, Bankruptcy and debt Attorney on May 5, 2015
Relationship: Fellow lawyer in community

I endorse this lawyer. Corey is a compassionate person who is easy to talk with. He is a super intelligent attorney who will fight for you.

I endorse Corey's services. He provides passion and a commitment to excellence for each of his Bankruptcy Clients. I recommend his services to anyone needing a Bankruptcy and Debt relief attorney in Indiana.

Kerrie Neal, Chapter 7 bankruptcy Attorney on May 4, 2015
Relationship: Other

I endorse this lawyer. He is hardworking and dedicated to helping his clients.

Jonathan Fisher, DUI and DWI Attorney on May 4, 2015
Relationship: Fellow lawyer in community

I endorse Corey in the area of criminal defense. He is a fine attorney.

Leonard Girling, Landlord or tenant Attorney on May 3, 2015
Relationship: Fellow lawyer in community

I endorse Corey. He is a highly skilled attorney that is well respected in the legal community.

Having known Corey for close to 15 years, I wholeheartedly endorse him. He is a great colleague.

Corey is a phenominal attorney who brings his extensive knowledge and passion to the practice of law. Because of this, the results he obtains for his clients are outstanding. He is dedicated to the pursuit of knowledge and constantly strives to be the best legal advocate. He attends the nations top conferences so that he can always be prepared and knowledgeable when representing clients. I met him while we were both attending the Trial Lawyers College, and got to work with him on multiple cases. His ability is unmatched by most in the legal community, and I wholeheartedly endorse his work.