Ryan is a proud native Texan and was born and raised in Fort Worth.  Ryan graduated from the University of Texas at Austin with a Bachelor of Science degree in Government/Political Science, with a minor in Business Administration. He then attended South Texas College of Law in Houston where he was a member of the Law Review. After receiving his J.D., Ryan interned at the Second Court of Appeals and then later worked as an associate attorney at a local defense firm. Ryan ultimately founded the Hardy Law Firm and currently practices in Tarrant County and surrounding counties. 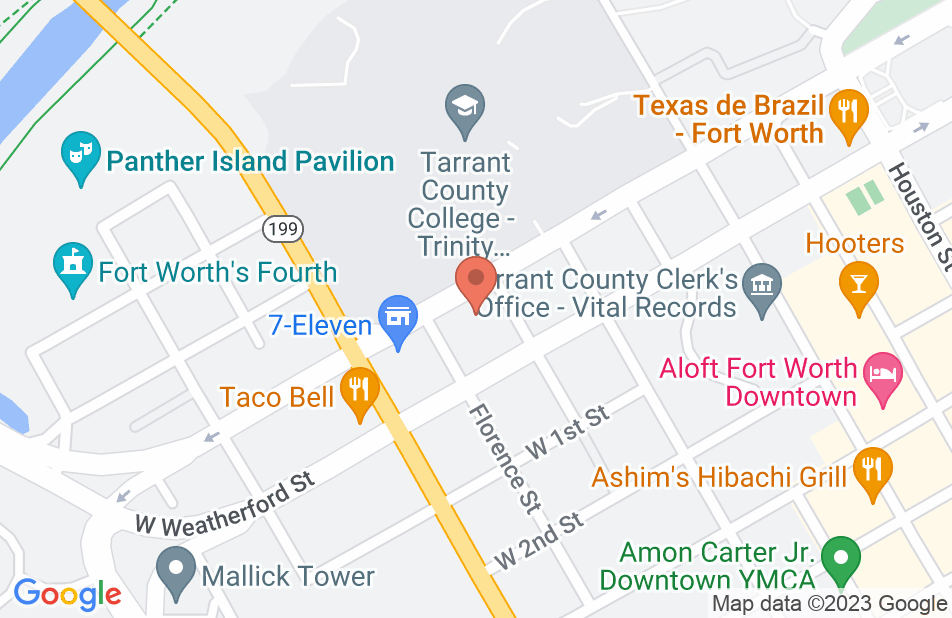 Contacted this firm for advice in handling a divorce they suggested I speak with my husband first. They weren’t eager to sign me up and get my money they wanted me to think about and discuss with my spouse. I just went in for a consult but came out feeling better will definitely be contacting them back soon!
This review is from a potential client who consulted with this attorney.
Consulted attorney

Ryan was able to get my case dismissed. He has a very friendly staff who was easy to communicate with. They were always very affordable. Thanks Ryan and Cheryl!
This review is from a person who hired this attorney.
Hired attorney

I had a very complicated divorce case and Mr Hardy did an excellent job.
This review is from a person who hired this attorney.
Hired attorney

Ryan handled a family law case for me. He was fast, efficient and achieved the best possible outcome for my case. I am grateful and appreciative of all he did for me. I would highly recommend him to anyone for their family law needs. Thank you Ryan for your help!
This review is from a person who hired this attorney.
Hired attorney

If you need a smart, wise, honest, attorney for a tough case, Ryan Hardy is definitely it. I felt connected and informed throughout a hard and long divorce. Ryan took the time to educate me on process and next steps when I needed to be.
This review is from a person who hired this attorney.
Hired attorney

Mr. Hardy represented my case with passion and skill. I am very pleased with the outcome, and would absolutely recommend his services to anyone in need of similar representation. Not only was he detail-oriented and conscientious, he was able to execute the "strategic plan" we formulated together during our numerous personal meetings. Without Mr. Hardy's expertise, I would not ben in the position I am today.
This review is from a person who hired this attorney.
Hired attorney

Ryan Hardy is a wonderful attorney. He is very professional and personable. I would strongly recommend Mr. Hardy to everyone who is seeking help. I thank God for Mr. Hardy, it is very hard to trust your family with just anyone, but Mr. Hardy is not just anyone. He made it easier to let go and allow him to work hard for me because he was honest and extremely prepared and equipped with knowledge. Thank you again!

Mr. Hardy was able to get the charges dismissed on two assault charges for me. He was so helpful and reliable for a reasonable price. In addition, I was impressed by having my calls returned promptly. I would definitely obtain Mr. Hardy for any legal issues that his office handles.

I endorse Ryan without reservation. He has demonstrated an exceptional grasp of the law and is a superb litigator.

I endorse this lawyer. Ryan is hard-working and zealously represents his clients.

Kimberly Newcomer-Fitzpatrick, Litigation Attorney on May 12, 2015
Relationship: Other

I endorse this lawyer. Ryan strongly advocates for his clients. He is diligent, hardworking and very knowledgeable.

Jill Rogers, Divorce and separation Attorney on Apr 8, 2015
Relationship: Other

Highly skilled and respected in the community. I endorse this lawyer.

Ryan is truly one of the most thorough, prepared and gifted trial lawyers I've known. It was a pleasure working with him, and I'd absolutely recommend him to anyone who needs a lawyer who knows how to win.

I endorse this lawyer. Ryan is always willing to listen and give great advice to his clients.

I gladly endorse Ryan. He not only knows the law but he also understands how it is practiced. I have personally benefited from his advice on DWI trials.

Ryan Hardy is an incredibly skilled attorney. I highly recommend Ryan Hardy if you or a loved one are in need of a trustworthy attorney.

Mr. Hardy is an excellent attorney. He is intelligent, hard working and cares deeply about his clients. Without hesitation, I endorse Ryan Hardy.

Mr. Hardy is an excellent attorney. He is a smart, aggressive and articulate advocate for his clients. His presence in the courtroom commands respect from his colleagues. I recommend him without reservation.

Ryan Hardy is a seasoned, hard working and ethical attorney whose clients are his priority. He's well respected in our legal community and strives for the best results for his clients. We've worked side-by-side on cases and have witnessed his diligence first hand. He's a heck of a guy and I'd gladly recommend him to colleagues, friends or family.