I grew up in Buenos Aires, Argentina, and Montevideo, Uruguay, and moved to Kansas City, Missouri, with my parents in 1991. I attended high school in Kansas City and stayed in Missouri for college and law school - where I was International Law Society president, and participated in the Jessup International Moot Court competition. I also worked at a North Kansas City law office, mainly on criminal defense and civil litigation. Following graduation, I worked as a legislative analyst in Jefferson City, MO, until moving to Chicago in 2004 to work as a community organizer with the Illinois Coalition for Immigrant and Refugee Rights. I have stayed in Chicago since, working as a union representative, and as a political consultant until making my way back to the law.

In 2008 I began working at a small firm in Little Village, almost exclusively on immigration cases of a diverse nature, and in January 2009 I started my own practice – focusing mainly on removal defense and cases involving criminal issues.  In the Summer of 2013 I began working for Maria Baldini-Potermin & Associates, P.C., and in May 2015 I re-launched my solo practice, daniel thomann, p.c.

I try to devote time to pro bono work and political advocacy for immigrants. I am an avid fan of soccer and rugby, and serve on the boards of directors of the Argentina Chicago Foundation and the Chicago Lawyers Rugby Football Club, the Spanish language advisory board of Illinois Legal Aid Online and on the “junior board” of Urban Initiatives. 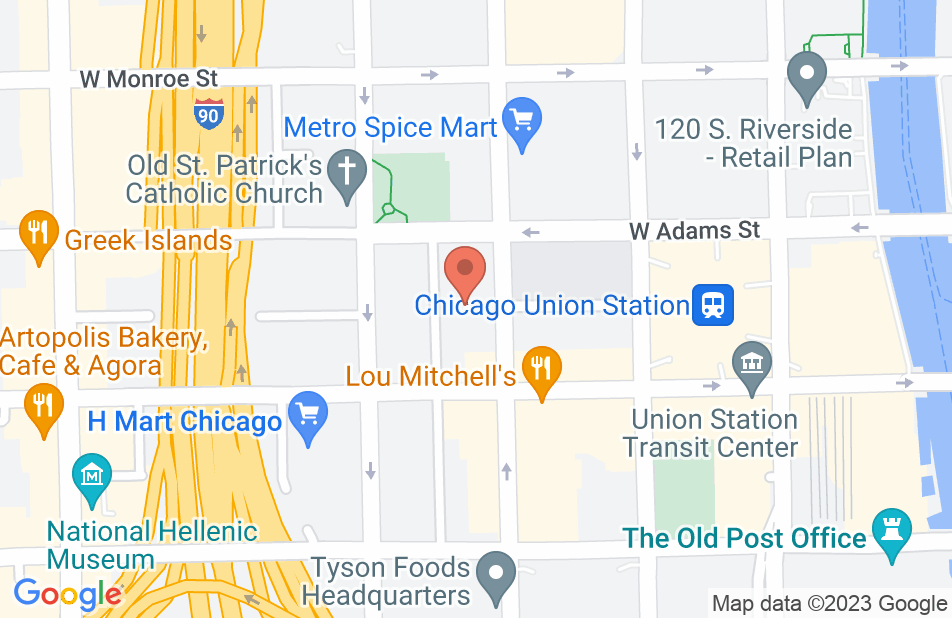 This lawyer took time to write and answer my question. Unlike the other lawyers where they just say "you should consult an attorney". That's why there is website like this to seek assistance for those who are legal experts. Thank you, Mr. Thomann.
This review is from a potential client who consulted with this attorney.
Consulted attorney

Daniel is very knowledgeable immigration lawyer. I was in removal proceedings and he handled my case. He timely responded to my questions and took extra steps to resolve my complicated case. He is the best lawyer and I recommend to everyone. No matter how complex is you case he can handle it.
This review is from a person who hired this attorney.
Hired attorney

Daniel has been by far the most down to earth and knowledgeable lawyer. His responses are quick, I have never had to wait for days for anything. My answers are always answered right away. He always keeps us upto date with everything. I would def recommend him.

Nicholas Peluso, Government Attorney on May 26, 2017
Relationship: Worked together on matter

I worked with Mr. Thomann when one of my clients had an immigration matter. He was professional, knowledgeable, and efficient. He communicated with us quickly and we got the matter resolved, largely based off of his help.

I endorse this lawyer. I regularly refer people to Attorney Thomann because of his expertise and compassion for his clients.

I endorse this lawyer. I highly recommend Daniel for all immigration matters. He is an advocate for his clients and very involved in immigration reform.

Mr. Thomann is simply an exceptional attorney who I would recommend to everyone and anyone. I am a former judge, former magistrate, former prosecutor, and an attorney with 24 years of experience. I still learn from his answers on Avvo on a daily basis and I am constantly impressed.

Based upon our activities on Avvo.com, I can see that Attorney Thomann is a very dedicated and knowledgeable lawyer in the area of immigration law.

Any potential client looking for representation in their immigration matter would be well-served by hiring Attorney Thomann. He is an experienced attorney with great respect among his peers.

Daniel is a talented and well respected immigration attorney. I would highly recommend him to anyone looking for a lawyer who knows the law, truly cares about protecting the rights of his clients and getting them the most favorable result possible.

I endorse Mr. Thomann. His answers on Avvo demonstrate his legal skill and knowledge.

Dan Thomann is an expert in immigration law. He has been a valuable resource to me in the past.

I endorse this lawyer. Attorney Thomann is an outstanding Immigration Attorney. He is a strong and zealous advocate for his clients and a credit to the legal profession. I highly recommend his legal services.

Mr. Thomann is an exceptionally competent attorney who does excellent work. I highly recommend him.