Julia Sverdloff is the founder of the law firm Sverdloff Law Group, P.C. which concentrates its practice in immigration law.

Julia is a member of the immigration community, by birth and by profession. She has first-hand experience with U.S. immigration laws and procedures having immigrated to the United States from Odessa, Ukraine when she was eleven years old. Being an immigrant herself, Ms. Sverdloff is in a unique position to understand what one may be going through and experiencing as an immigrant. She has an understanding of the fears and frustrations of the complex immigration process as well as the rewards for achieving ‘green card’ status. This experience, its challenges and complications, became the main reason why Ms. Sverdloff chose to pursue an immigration law career. Helping others pursue their American dream is a lifelong goal of Ms. Sverdloff.

Ms. Sverdloff has a diverse work background that adds depth and understanding to her practice of law. Prior to starting her own law firm, Julia was an associate and outside counsel at two prominent law firms in New York and New Jersey. She has also clerked for a well-respected Chicago immigration law firm and is a founding board member of the American Association of Russian-Speaking Attorneys.

Julia received a Juris Doctorate from The John Marshall Law School, Master’s Degree in International Relations from C.W. Post University and Bachelor of Arts in Government and Politics from St. John’s University. Ms. Sverdloff also served as an Adjunct Professor for her alma mater The John Marshall Law School in Chicago, Illinois as an immigration law adjunct for the Domestic Violence Clinical Advocacy Program (DVCAP).

Julia has been an avid artist since she was a child and continually works on her art. Julia’s artwork was showcased on the mainstream TV show 'Prison Break.' Ms. Sverdloff stays active in her community by guest speaking on school bullying and juvenile access to justice. 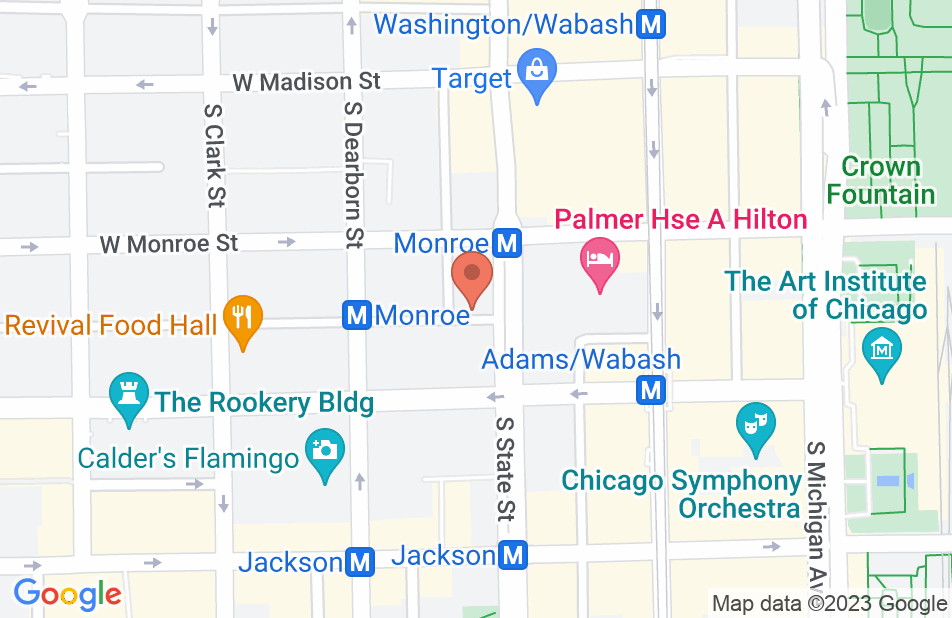 I have consulted numerous times with Julia regarding immigration, family law and real estate matters. She is well informed and maintains a firm commitment to the zealous advocacy of her clients. She is an excellent attorney.
This review is from a potential client who consulted with this attorney.
Consulted attorney

I needed to consult an attorney to get answers regarding family-based Immigration in America which is a process that can be stressful and a bit overwhelming. She answered all my questions with great clarity and also helped me take a step back and address the situation with confidence. All my worries went away. I highly recommend Julia!
This review is from a potential client who consulted with this attorney.
Consulted attorney

I contacted Attorney Julia for help applying for a J2 visa and an EAD card. She was very patient and explicit in informing me about the details of the entire process. She always picked my calls and answered all my questions with so much kindness. She even gave me useful tips and advice on how to get very good schools for my kids and other personal issues. She was very easy to talk to. You can vividly tell that she really cares about her clients as individuals and not just the paycheck. Julia is such an excellent and amazing attorney. She is highly responsive, informative and always have the best interest of her clients at heart. My J2 visa and EAD application was approved in no time, all thanks to Julia.
This review is from a potential client who consulted with this attorney.
Consulted attorney

I-485 application based on asylum

Julia helped me about my application, she is very professional, she knows what is she doing how to preform job like a real lawyer in which you can have a full confidence that is going to do job in your best interest!!!
This review is from a person who hired this attorney.
Hired attorney

I can say I am just blessed to have found and hire Ms. Sverdloff as my lawyer: very straightforward, professional, full of knowledge, and very responsive. During our slightly over an hour in person meeting, I learnt more than past several years. I would recommend Ms. Julia to anyone who needs an Immigration lawyer. Once she takes over your case, trust me, you are in a good hand. She would work hard, answer any of your concerns as fast as she can, and walk you through every single steps in detail. Highly recommend!
This review is from a person who hired this attorney.
Hired attorney

We really enjoyed working with Julia, our process took about 11months. One of the most important things in the process has been her level of responsiveness, she responded to messages day and night. She is caring, and very helpful.
This review is from a person who hired this attorney.
Hired attorney
Julia Sverdloff's response: Thank you so much! It’s been my pleasure to be of service

Julia is now my friend more than an attorney. I was very skeptic in the start about retaining an attorney but when I talked to her she assured me and handled my case very carefully. She was very responsive and listened to all my concerns. With her help my case was approved. I am very glad I retained her and highly recommend her.
This review is from a person who hired this attorney.
Hired attorney
Julia Sverdloff's response: Thank you! Always here for you

I am so lucky to have found Julia! I was struggling with my immigration even though i am a Canadian and everyone assumed it would be easy. My application for permanent residency got denied, i was so so upset. I was ready to give up. I had been to married my American husband for 2 years, and I couldn't work or travel, I was at a low point. Julia called me right away, asked questions and gave me suggestions. She didnt charge anything for my first in person consultation, and genuinely cared that I was upset. Her prices were the best out of all the lawyers I contacted. I got my interview 3.5 months after she sent in my application!! I couldn't believe it!! 1 day after my interview, I got my permanent residency approved. I had the card in the mail 5 days later. I cannot thank her enough!! I am forever grateful. Do yourself a favour, and hire her!!
This review is from a person who hired this attorney.
Hired attorney
Julia Sverdloff's response: It has been a pleasure working with you. Thank you for your kind words and best of luck!

Thank you for helping me through this difficult trial, and for ensuring the best possible outcome on my behalf. I am so grateful to your wonderful service.
This review is from a person who hired this attorney.
Hired attorney
Julia Sverdloff's response: Its been my pleasure to be of service!

Professional at her work

I wanted a professional lawyer to help me with my naturalization process to become a citizen. Julia and her assistant are very professional, well informed and very understanding nice people. She helped me step by step through the whole process and even was there with me during the interview. Overall the whole process took about 6 months. I highly recommend her very professional!
This review is from a person who hired this attorney.
Hired attorney
See all reviews

I endorse this lawyer.Highly recommended.

Without any reservation and with the utmost respect, I endorse this attorney. Julia is not only a capable, talented, intelligent and impeccably precise attorney and expert in her area of practice, but she possesses the compassion and genuine devotion to her clients that makes her the remarkable attorney she is. I am honored and privileged to submit this endorsement on her behalf and will always recommend Julia to potential clients seeking immigration and asylum counsel and assistance as the only choice for obtaining the best legal representation for their issues.

I know Julia Sverdloff, Esq. about 14 years. She is caring, compassionate and meticulous immigration lawyer. I highly recommend her.

Nicholas Antonacci, DUI and DWI Attorney on Mar 14, 2018
Relationship: Worked together on matter

Great Attorney! Has done great work with my clients!

Julia Sverdloff is an expert in the field of immigration. She is extremely passionate for her work and it shows. She is knowledgeable about the law and its application. I highly recommend Julia Sverdloff for any immigration matter.

Julia Sverdloff is a knowledgeable and dedicated attorney. She has my endorsement.

I have known Julia for many years and she is an excellent attorney. Julia is very knowledgeable in the area of immigration and is a pleasure to deal with. I highly recommend her.

Ms. Sverdloff is a conscientious and skilled attorney. Call her if you think you need her services!

I endorse this lawyer. She is professional and works hard for her clients.

I asked Julia to help with a case where my client was in danger of losing his business. The importance of having an attorney who sees "the big picture" cannot be overstated. That includes having a sense for when (or when not) to settle, tax implications and the post-judgment process. Knowledge like that only comes from experience, which Julia brings to the table. I feel comfortable referring a client to Julia anytime.

Peter Lamont, Lawsuits and disputes Attorney on May 24, 2013
Relationship: Fellow lawyer in community