I was born in 1957 in St. Paul, Minnesota and have lived the majority of my life in White Bear Lake. I have been married to my wife Erin since 1981 and we have two adult sons, Dave and Dan, and 4 beautiful grandchildren, Sophia, Emmrie, Liam and Adalyn.  I have been a lifelong member of South Shore Trinity Lutheran Church in White Bear Lake, and I enjoy my regular participation in a men’s and couples' bible study group.  I am an avid golfer, fisherman, and sports fan. 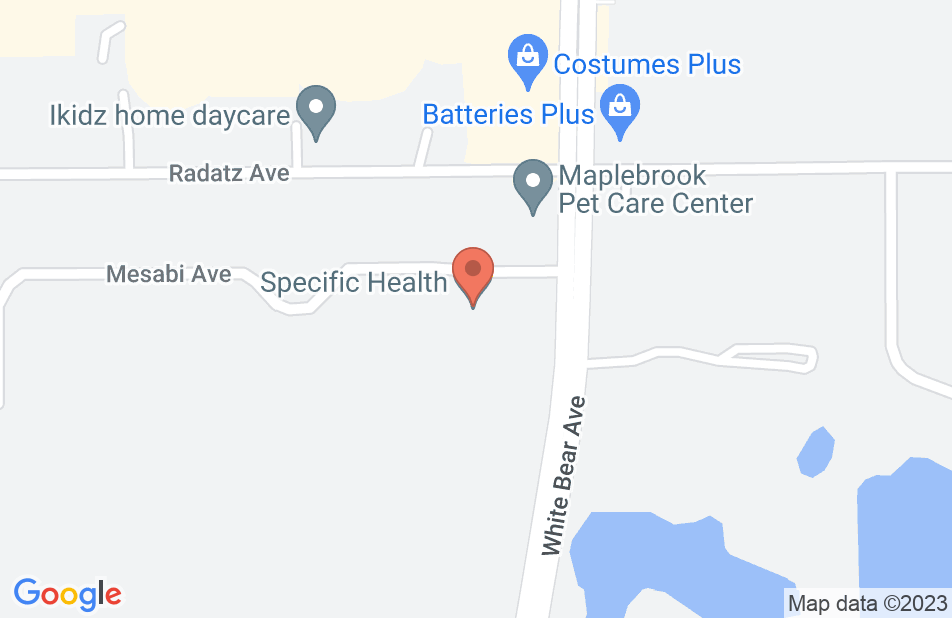 Professional, personable and great to work with!!

I recently had a legal issue with a school bus and was so fortunate to find Rick thru Hyatt legal. Rick explained the process to me in terms I could understand and I found him to be very professional and knowledgeable yet casual. He has a great sense of humor which helped me to relax during the process. He was quick to respond to me and kept me up to speed on my case. Rick was so great to work with. I would highly recommend him to my friends and family!
This review is from a person who hired this attorney.
Hired attorney

I consulted with Mr. Carlson to complete a simple will. However, I not only received his expertise in completing that document, he provided counsel and suggestions regarding other end-of-life decisions and documents, going well beyond what had been initially agreed upon. Although "end of life" document discussion could be difficult or uncomfortable, Rick made things easy for me, while still making sure that all necessary items were addressed . The work was expeditious, completed timely and accurately. I couldn't be more pleased, and will readily recommend his work to others.
This review is from a person who hired this attorney.
Hired attorney

I wish I could give this gentleman ten thousand stars. He has not only helped myself and my wife out of a couple of very intense situations, he has become a friend and confidant. He will not let you down. I will never go any further for legal advice and representation than this man. I am forever his biggest fan!
This review is from a person who hired this attorney.
Hired attorney

Richard has great people skills,he was there at my bed side when I needed help. I think he may be a friend for life.
This review is from a person who hired this attorney.
Hired attorney

Not just a good attorney, but a good person

When I received a serious charge for an absurd reason, I had NO idea what to do or who to go to. Through someone my husband had heard from, I had called Rick while on vacation. I was scared to death, because if convicted of this charge, it would impact my entire career. While talking to Rick that first time, it became obvious to me that I was talking to a person with very high morals and values. The other thing that stood out to me, is that Rick is a man of Faith. He doesn't just "talk the talk," rather, he walks the walk. Rick was very clear in what he thought would be best by clearly communicating all of the options. He told us he thought that if we did the next right thing, which was to apologize, that honesty was the right thing to do. We did, and he was right. In fact, the outcome was even better than we had hoped, due to the hard work and diligence of Rick Carlson. The other thing about Rick, is that due to his outstanding character in the community, many prosecuters and judges enjoy working with Rick, because they know he is not going to try to cheat or lie his way through. Rick is an all around stand up person that really makes you feel like you have someone in your "corner," taking care of you from beginning to end. I truly can't speak higher about my experience with Rick Carlson. I am forever grateful for him.
This review is from a person who hired this attorney.
Hired attorney

Rick has restored my faith in the justice system by operating as an attorney guided by the principles of personal responsibility. First let me say, that I wasn't seeking the assistance of an attorney in hopes of securing some type of false innocent plea to an offense I was aware I was guilty of...I had been down this road before. But, having operated within the court system at the mercy of public defenders, and flashy 'phonebook cowboys', I was beginning to think my chances were better going into court alone. That couldn't be farther from the truth, for MANY reasons... I had the good fortune of being referred to Mr. Carlson through a work associate at the time of a previous violation, and from the initial consultation, I understood I was not dealing with a run-of-the-mill defense lawyer. First, his style of not coddling me or sugar-coating the role my previous history would play, in a straightforward manner, although eye-opening, was exactly what I needed to understand the severity of the situation I was facing. His ability to secure my release from jail on bond (which involve contacting a Judge in the middle of the night) on a weekend no less, came as a surprise not only to me, but the ENTIRE jail staff! Next, his immediate familiarity for the breadth of the ins-and-outs of the statutes that I faced gave me confidence that when time came to finally enter court together, I would be represented by an advocate who would be prepared with the expertise on how to present my case in a way that highlighted my unique personal situation. Mr. Carlson consistently demonstrated himself as an officer of the court who was recognized by both sides of the bench for his character, temperament, and inclination to see the value in seeking alternatives to his clients' spending time in jail or doing community service activities that did not allow the county, while still recognizing the underlying goal of 'rehabilitative punishment', to capitalize on the true skills these people were already bringing to the table within their communities, and finding ways for them to serve in those capacities. In the 10 years, I've known Mr. Carlson, he has consistently conducted himself with the utmost professionalism, flexibility, and creativeness, while treating me with respect, offering me great wisdom, and displaying genuine care and concern for the well-being of my children during AND after the process, and a sincere personal commitment to success going forward. I would not hesitate in the least to utilize his expert services again, or recommend them to friends, family, or anyone who needs an attorney who has distinguished himself within the Twin Cities Law and Courts System as someone, that Judges and prosecutors will stop and take a moment for, out of respect for his knowledge and objectivity. Thank you, Rick, for all you do!
This review is from a person who hired this attorney.
Hired attorney

Best attorney I could have ever hoped for !!!

My experience with Rick Carlson - was nothing less than life saving. Rick was straight with me - did not sugar coat anything. Told me exactly how deep of trouble I was in and exactly the work I had to do to make it to the other side. It was the "other side" I was not sure I was going to make it to. But his encouragement and support - and my family - I indeed made it through the darkest time in my life - - the court - my time served - and restitution - - Rick was supporting me all the way. Rick Carlson will always do right by you and your situation. And guide you if you are willing to listen.
This review is from a person who hired this attorney.
Hired attorney

My knight in shining armor

Rick has been my attorney and friend sense the early 1990's when ever I have needed legal advice or representation he has been there for me from helping me deal with a bad business partner to a severe auto accident during a family tragity . I could not recommend a better attorney . He is honest and trustworthy and cares about his clients .Rick truly has been my night in shining armor in my times of need !!
This review is from a person who hired this attorney.
Hired attorney

We have used Mr.Carlson for various legal issues including Estate Planning, will and Health care directives . Rick also handled a medical billing issue involving my son that would have been financially devestating for years to come . His Moral and Ethical background made him the best attorney for my family . His attention to details are what set him apart from the rest And I believe he takes a personal approach to your own case . If your looking for a Ambulance chaser then move on to someone else . If your looking for an Attorney that is looking out for your best interest then you found Him .
This review is from a person who hired this attorney.
Hired attorney

I hired Rick first as an estate planner and update my will along with my significant other's will. My significant other passed away and Rick had to spend the next 3 years fighting for rights as per directed by my significant other's wishes. I was always made to feel that I was his top priority and my case was as important to him as it was to me. When we need assistance from an attorney who specializes in estate matters, Rick made us an appointment and he went with me and made sure I was comfortable with speaking to Gene about this matter. Between Rick and Gene, I finally won my battle and was able to keep my home. I would and I have recommended Rick Carlson to anyone who is looking for an attorney who truly puts you and your needs first. I have complete trust in Mr Carlson to provide his expertise to whatever challenge a client my have in their life.
This review is from a person who hired this attorney.
Hired attorney
See all reviews

I highly recommend Rick Carlson. I have worked with Rick a number of cases over the years and have referred clients to him. He is a skilled attorney, passionate about the practice of law, and compassionate with his clients.

I highly recommend attorney Richard Carlson. I have known him for about 20 years. I have referred various clients to him over the years, who have been very satisfied with his representation of them. Rick is an outstanding lawyer and a great friend.

I endorse this lawyer. Rick is an outstanding attorney, personal, attentive to details, and willing to do what is best for his client even if that means less for him. He is one of the best in the business and our community is fortunate to have him.