Education: J.D., University of Louisville Law School,Louisville, Kentucky, 1976. State prosecutor 1977-1979. Entered into private practice concentrating on criminal law defense in state and federal courts, from DUI to death penalty jury trials. Nationally : Martindale-Hubbell AV RATING, 1984. Bar Register of Preeminent Lawyers, (..." just 5% of all law firms in America..." are selected to be included in this annual publication.)1990. Speaker: criminal law, procedure and professional responsibility. 2005 Kentucky Association of Criminal Defense Lawyers Haddad Award: "Old school in the best sense -- a fearless advocate for his clients who always places their interests first and never wavers in their defense no matter the odds." Recognized for his "complete knowledge of the law, keen sense of strategy, effective negotiating skills, thorough and exhaustive trial preparation, excellent trial skills and unique style and persuasive way with juries." Selected as a TOP LAWYER in 2008, 2009,2010 and 2011 in The Louisville Magazine, Louisville, KY in the CRIMINAL LAW and CONSTITUTIONAL LAW  sections; Selected to be included in KENTUCKY SUPERLAWYERS publication 2008 [only 22/15,000 lawyers selected statewide in the area of CRIMINAL DEFENSE] and 2009, 2010 and 2011 in the area of CRIMINAL LAW from over 16,000 member attorneys with the Kentucky Bar Association. 2008-2009-2010-2011 KENTUCKY SUPER LAWYERS featured in the KENTUCKY MONTHLY magazine in August 2008-09-10-11 editions.

Selected for inclusion in the PREMIER EDITION KENTUCKY'S BEST LAWYERS MAGAZINE 2011. To be printed February 25,2011. Attorney Frank Mascagni selected for the cover and an article on one of his exceptional cases to be featured in the magazine. Magazine to be inserted in The Louisville Courier-Journal, The Lexington Herald-Leader and The Wall Street Journal, Kentucky subscribers; and other legal subscribers of publications of ALM: Corporate Counsel Magazine, The American Lawyer. The National Law Journal and on LAW.COM.

Selected for inclusion in the GREATER LOUISVILLE METRO PREMIER EDITION 2011 OF ATTORNEY AT LAW MAGAZINE. To be published May, 2011 by Target Market Media,LLC. Attorney Mascagni to be featured in a 4 page feature article as "Solo Practioner of the Month".The digital edition  is viewable on the home page of the website:

Author of an article titled " A Real Oxymoron: The Honest Lawyer" published in the July/August 2011 publication of Attorney At Law Magazine, Greater Louisville Metro.www.targetmarketmediallc.com

FOUR DAY JURY TRIAL JUNE 27-30, 2011
JEFFERSON CIRCUIT COURT, DIVISION 6
JUDGE OLU STEVENS
LOUISVILLE, KENTUCKY
FRANK MASCAGNI, III, DEFENSE COUNSEL
FRANK DAHL, PROSECUTING ATTORNEY
COMMONWEALTH OF KENTUCKY VS. DANTE WATTS, SR: Cases numbered 09-CR-03708 and 11-CR-1696. Judge: Olu Stevens, Prosecutor : Frank Dahl. Client charged with complicity to traffic in cocaine with a  handgun, complicity to traffic in cocaine with a handgun within 1000 yards of a school and complicity to traffic in marijuana under 5 pounds with a handgun. Second indictment charging status offender as PFO-I (Persistent Felony Offender):  client's exposure :20 years to Life. Opening by prosecutor claims approx. 7 pounds of powder cocaine, crack cocaine [over 1888 grams total] and marijuana, handgun, baggies, and ammo and over $40,000.00 in cash, scales, etc., seized. 4 day scheduled jury trial. Voir dire on 6-27-2011; openings 6-28-2011 and 4-5 witnesses called by the government. Total of 12 witnesses called by the prosecutor. 7 year offer rejected by client. More government proof scheduled 6-29-2011, the defense offered no proof during it's case in chief. Closings set for 6-30-2011. Attorney Mascagni lead counsel for the defense. Jury out 3.8 hours and returned a verdict of NOT GUILTY ON ALL SIX VERDICT FORMS , substantive, enhanced and as an alleged complicitor. It was a good defense verdict. June 30, 2011.
JURY INSTRUCTIONS READ BY THE COURT AND DEFENSE COUNSEL'S CLOSING ARGUMENTS IN 6 PARTS  POSTED ON YOU TUBE 8-11-2011:

goodlife430 has made a comment on Closing Argument Part 6:

Great series of closing arguments to listen to. A great orator and advocate, a great lawyer. 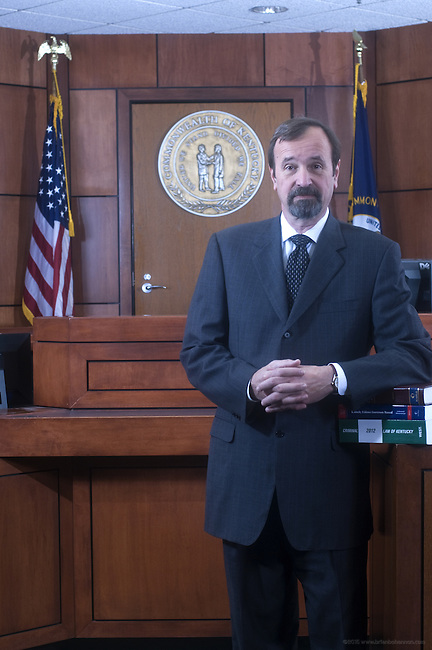 Frank may be hard to get a hold of however he is the best layer money can buy for criminal defense in the city of Louisville so that's something that one would suspect. He is pretty much a magician when it comes to the court system and I would have him represent myself again(heaven forgid I find myself there again) and any one of my friends or family. I was facing multiple felonies and prison time, although frank may be very rough around the edges he expertly managed to get me a 3 for 3 diversion sentence upon pleading guilty to a class d felony. If you want my opinion the guy is a bamf'in lawyer and worth every single penny!
This review is from a person who hired this attorney.
Hired attorney

I had some questions for Mr. Mascagni. He took the time to listen to my questions and answered them fully. Though, Mr Mascagni will not be the attorney of record, he still allotted me time and effort that can only come from an honorable, well respected and outstanding attorney. Thank you so very much.

Mr. Frank Mascagni managed a case for my Son, for me. Mr. Mascagni is straightword, honest, direct, and long suffering while managing the grief, hysteria, panic, and fear a parent is in when their child in in the middle of a horrible situation. He will provide guidance and honesty in a direct straight forward mannerr. Frank provides extraordinary experience and wisdom in dealing with our Criminal Judicial system. He is well respected by peers, officiers, and the court.

Frank has an excellent reputation with both the bench and bar as a hard-working and competent criminal defense attorney in Louisville, Kentucky and the surrounding areas. I would recommend him to you if you need a top of the line litigator.

Old School Lawyer Still Upholding the Letter of the Law

I have known Frank both personally and professionally for over five years now. I can tell you, without hesitation, there is no better advocate for clients in need than Frank Mascagni. He is, as many would say, "old school" and combines his solid moral character with an intense desire for what is fair. Frank will fight endlessly for his clients and will not back down. I would highly recommend Mr. Mascagni for any of your legal needs. While knowledgeable in all areas of the law, he is honest and straightforward; if he is unable to competently assist, he will direct you to a competent attorney equivalent to one of his caliber in his area of expertise - criminal defense law. On a professional level, he is responsive and understanding while providing an honest assessment of your situation. I consulted him most recently in July 2011 regarding a potential criminal matter involving a family member. His guidance eased the anxiety and confusion felt by both myself and my family that was associated with the complicated bureaucracy of the legal system.

Frank has represented me for many years on several matters. He is very professional and honest. He gave me great advice and represented me every step of the way. He is well respected by the other lawyers and judges. He's always given me 100%. I recommend him without reservation to my friends and associates.

Very dynamic and thorough. Always answered my questions. As I watched him in the courthouse, it was apparent that other attorneys respected his experience and expertise. I have recommended Mr. Mascagni to friends and none have complained about his representation.

I was and am a Client of Frank Mascagni III

I consulted Mr. Mascagni to assist me in a legal matter regarding my granddaughter. I was very satisfied with the advice he gave me. He was professional and showed a genuine concern for me. I have known Mr. Mascagni for six years. He is one the best lawyers in this area and his services are highly sought after. I am more than pleased with his advice and direction and would reccomend him to anyone who needed a competent lawyer in Louisville, KY.

I endorse this lawyer. A legend. One of my mentors and a master of criminal law. I call Frank when I have questions in my own cases.

You dont become a living legend without results. Frank is a tireless worker, a fully connected, and zealous advocate, and born winner. Federal court is already a terrifying place to be. If you're looking for the best results from a living legend, look no further than Frank Mascagni

I strongly endorse this excellent lawyer. He is capable, tough and knows the law.

Frank is a fine attorney who is dedicated to his clients and works tirelessly for successful results. I have no hesitation when endorsing him.

If you have been accused of a crime, you will definitely want to speak with Frank Mascagni. He is a highly respected and very capable attorney.

Mr. Mascagni's advice is always spot on and informative.

I endorse this lawyer. Mr. Mascagni is the best criminal defense attorney in this town. If you're in trouble, call him. He is a fearless advocate. And he is feared by his opponents. If you hire him, you will be treated fairly and with great respect. I endorse him without reservation.

Frank must be, without a doubt, one of the best criminal defense lawyers I have ever seen. I had the pleasure of meeting this man in person and, I must say, watching him work is a phenomenal experience. I highly recommend this attorney.

I endorse this lawyer. Mr. Mascagni is a skilled and knowledgeable attorney and a strong advocate for his clients.

I endorse this lawyer. His insights are always well grounded in law.

I endorse Frank. Talented and aggressive litigator. In a bind, call Frank.

I endorse this lawyer. He is a dedicated and passionate advocate.

I endorse Frank. He is a highly skilled attorney that is well respected in the legal community.

I endorse this lawyer. Mr. Mascagni is a skilled and respected member of the legal community. He is a zealous advocate for the rights and interests of his clients.