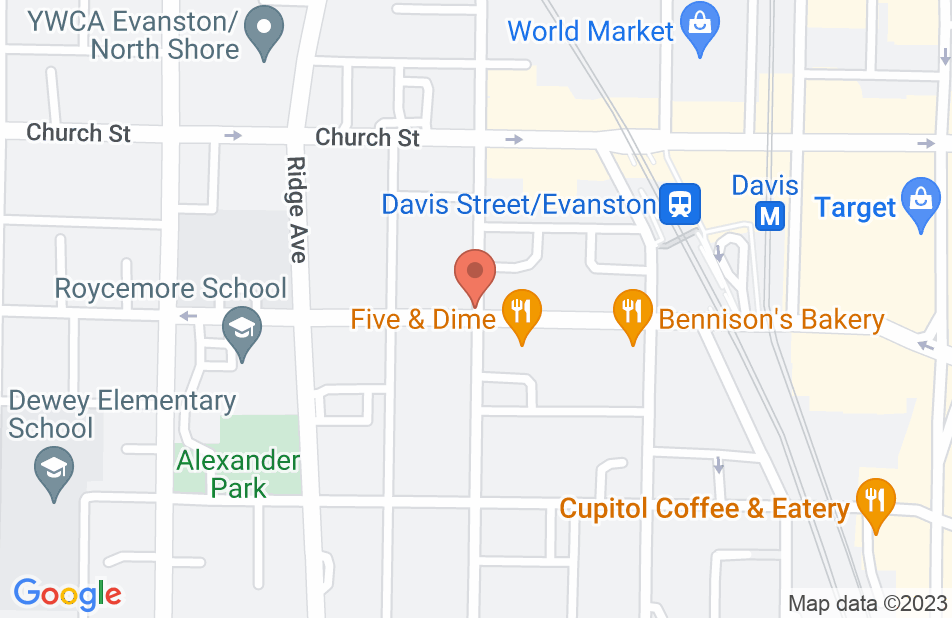 Mr. Sachs' advice was perfect. He even asked for my e-mail so that he could send examples which I could use to help make sure my submission was perfectly in accord with Illinois Supreme Court rules for the Appendix and Points and Authorities in Appellate Briefs. Very professional and courteous. His response was timely as well.
This review is from a potential client who consulted with this attorney.
Consulted attorney

I spent about a couple of hours searching and reading legal answers to my question. I was amazed by the answer given by this attorney. I was amazed because of how sincere it sounded to me. I had no doubt that every word from his answer made every sense and from that I knew that my question was answered. I don't even know how to thank this attorney. I read answers from many attorneys but none that sounded whole-heartedly. They all sounded like they wanted something or made me feel afraid or angry. After reading his answer, i felt guilty of owing this attorney money. I really want to donate some money to this attorney because his answer was really worth something. Perhaps more than I can afford that's why I said donate and just so I don't feel guilty that I feel I owe him something for reading it. I just want to say I feel that this attorney speaks from the heart and is sincere, honest and very clear with justice. No flattery just whole-heart. Thank you
This review is from a potential client who consulted with this attorney.
Consulted attorney

I was looking to get a question answered about an appeal. Atty Sachs was 1 of the Attys who answered my question. This Atty is so kind & caring that he went above & beyond to try & help me get the answers I needed. Atty Sachs reached out in all his kindness to point me in the right direction. I wasn't even a client & he did this for me. If I ever needed an Atty & lived in the area where Atty Sachs practices I would definitely call him. If you need an Atty, call Atty Sachs 1st. Thank you.

Overwhelmed by the appeal after fenced off a frivolous lawsuit from my wife's 'friend', I recently contacted Mr. Sachs for help by sending him an email. Out of surprise, he responded back within hours asking me for the case number so that he could take a look while honestly mentioning he might not be the best lawyer for my case as he is out of the jurisdiction/not specializing in the field of my case. I emailed him the case number without much expectation for any serious follow-up from him. But yet again to my surprise, next day after he looked up my case docket, he sent back a long/detailed email outlined his assessment of my situation, my options and his suggestions including that I should find a local attorney. It is unfortunate that I can't retain him as my attorney. But nevertheless what a great lawyer/gentleman! Thank you Mr. Sachs.

Joshua Sachs was thorough and took the time to answer questions

I met with Mr. Sachs for an initial consultation after a shoplifting incident that resulted in me being detained by Loss Prevention. The police were never called, and I had not been charged criminally with anything...however, I had received a Civil Demand Letter and was worried about possible repercussions that I wasn't aware of. I probed the internet for questions/situations that were similar to mine and came across the Avvo website. I noticed Mr. Sachs' profile and saw he was in the Chicago-Evanston area and decided to look him up. He explained the difference between criminal and civil actions that may be taken against me in a very clear-cut manner. Furthermore, he also examined the likelihood of those actions given my particular situation up until the current time I met with him. Given all the confusing nuances of laws and the fact this was my first run in with the law, it really set my mind at ease after having a detailed conversation one-on-one and in-person. Mr. Sachs handled my questions professionally without much difficulty, and stopped to address any confusion on my part. He was friendly and I absolutely would recommend him. His rates for an initial consultation were also reasonable.

A lot could be said in favor of Mr. Sachs' legal competence, work ethic, persistence and reliability of communication. All of that is complimented by a genuine sense of empathy for the client and family. Mr. Sachs experience and expertise brings strategy for revealing important factors to light, whether from past legal decisions or expert witness testimony. I am absolutely convinced that our best interest is uppermost in Joshua's mind. Joshua Sachs does go the extra mile. Thank you Mr. Sachs.

I hired Joshua to represent my son on a criminal matter on the recommendation of my personal attorney. Throughout the proceedings, he kept me informed, carefully explaining what was transpiring and the various approaches to the case based upon the evidence discovered. He patiently answered my questions and was extremely understanding of my parental concerns. His professional expertise led to a positive outcome and I was consistently impressed by his integrity and concern.

Competent, sensitive handling of family matter that spilled over into arrest.

I hired Mr. Sachs to defend an immigrant employee whose wife falsely accused him of assaulting her, and Mr. Sachs handled the case very sensitively. He was forceful in defending my employee, but he was sensitive to the cross-cultural matters that needed to be addressed. He was also very careful to act in a fashion that protected the child of the two people and to be sure that the false accusations did not spill over to accusations about the child. My client was exonerated and the record of his arrest was expunged. Mr. Sachs was straightforward from the beginning about the likely outcome of the case, the need to act on divorce proceedings, and the possibly adverse effect on immigration status. His decisions and advice worked out favorably for the client in every case.

Great professional skill, yet surpassed by greater humanity and understanding of the big picture.

I retained Attorney Sachs on behalf of two family-members in a criminal matter which could have, beyond the immediate criminal penalties, jeopardized their rights to custody of a child, and vastly complicated an immigration matter then pending. Attorney Sachs achieved a satisfactory outcome, and subsequently kept a watchful but respectfully distant eye on the two accused persons, who have in fact stayed clear of the kind of situation in which they had found his services necessary. I believe that his success was a direct consequence of several of his particular strengths, strengths which are vastly above those of the general run of lawyers with whom I have had to deal over several decades. Speaking of his professional skill, he was extraordinarily attentive to the evidentiary and procedural aspects of the case, assuming nothing about the nature of the prosection's resources or behavior. Indeed, I believe that he has something of a reputation for his skill in dissecting arrest-reports and establishing their validity (or lack thereof). It almost goes without saying -- though I will say it anyway -- that such efforts can be crucial to a successful defense. Beyond that, his practical experience with the personnel and atmosphere of the particular jurisdiction made his extra-mural discussions with the prosecution very favorable to the accused persons. It may not have been a slam-dunk for the defense, but I think the prosecutor was pretty-well convinced that the case was not all that he might have hoped it to be. Most important to me was the overall human side of his conduct. Another family-member offers words like "discrete" and "concise" to describe him. I myself was grateful for his communicativeness, and his sensitivity to the implications of the case for the two accused persons, and to the need for them to adjust their ways for a successful course of life after the case was closed. This is not an attorney who bolts out the door when the gavel falls, nor does his bill hit like a lightning-bolt while emotions are still inevitably over-wrought from all the legal flap.

Although I have never had the pleasure of meeting Mr. Sachs in person, I have enjoyed co-answering many of the appeals questions posted on this website. His compassionate and scholarly approach to the discussion of complex legal issues provides invaluable insight to his readers, fellow lawyers and laymen alike. I endorse Mr. Sachs without reservation.

I endorse this lawyer. Mr. Sachs has an outstanding reputation in the legal community.

Mr. Sachs has the kind of experience you want your lawyer to have when you have been charged with a crime. I happily endorse this outstanding lawyer.

I highly endorse Mr. Sachs. Truly exceptional and caring attorney who produces great results in representing clients! I want all people to contact him for help.

Mr. Sachs has demonstrated his knowledge and experience through his posts here on AVVO. He understands the nature of this difficult profession, and has great compassion and sensitivity for his clients. I endorse him without reservation.

Mr. Sachs consistently gives thoughtful and practical responses in this forum. His writing is cogent and his legal analysis demonstrates his considerable knowledge and skill. I endorse this lawyer.

Mr. Sachs has demonstrated that he is a very knowledgeable attorney. I endorse him.

I endorse this lawyer. I have read many responses by Mr. Sachs on this forum in the last two years and I agree with his responses and usually can't think of anything to add.

Joshua is an experienced, highly respected attorney who always represents his clients with the utmost of skill,knowledge and understanding.i can readily endorse him without hesitation or reservation.

I strongly recommend Mr. Sachs to anyone who is charged with a crime. He is a highly experienced attorney who fights to defend each of his clients. I would encourage anyone who is facing charges to contact him to defend their case.

He has an excellent reputation in the community. He would be a very good choice for a client in need of professional representation.

I highly recommend this lawyer he is a true professional

I endorse Joshua Sachs. listed as a SUPER LAWYER with a background as a former appellate defender and decades as a defense attorney. His reviews tell the story, read them. If you are in or near Evanston you will want to schedule a consultation with him first.

Attorney Mr. Sachs is an astute and clearly experienced Criminal Defense Attorney. I would give him a call if I needed an attorney in the Chicagoland area. In my experience, any attorney confident enough to wear a bow tie is a force to be reckoned with in court as well.