Rachel Lambert is the owner of the Lambert Law Firm and practices primarily as a divorce/family law attorney in Tennessee in Shelby, Fayette, and Tipton counties. Rachel is engaged in a civil trial practice with emphasis in the areas of family law litigation; specifically, divorce, child custody, and child support. In addition, she also handles adoptions, drafting of wills, and various probate matters. Rachel is licensed to practice in all state courts located in the State of Tennessee, as well as the United States District Courts for the Western District of Tennessee, United States Courts of Appeals for the Sixth Circuit, and the United States Bankruptcy Court for the Western District of Tennessee. After obtaining her Bachelor of Arts & Sciences, with a double major in both English and Criminology from the University of Memphis, Rachel graduated from the Cecil C. Humphreys School of Law at the University of Memphis, receiving her Juris Doctorate Degree. While in law school, Rachel accomplished many academic awards, including Moot Court Appellate champion and represented the City of Memphis in an appellate competition in New York City at the Duberstein National Bankruptcy Competition. Upon graduation from law school, Rachel stated her own practice and began her practice as a family law litigator. Rachel is very active in the community, serving as a volunteer for the Memphis Humane Society, Loving Hands at the Regional Medical Center, and at her former high school, Bolton High School, on several volunteer projects, including the Ashley Scott Memorial 5K Run. 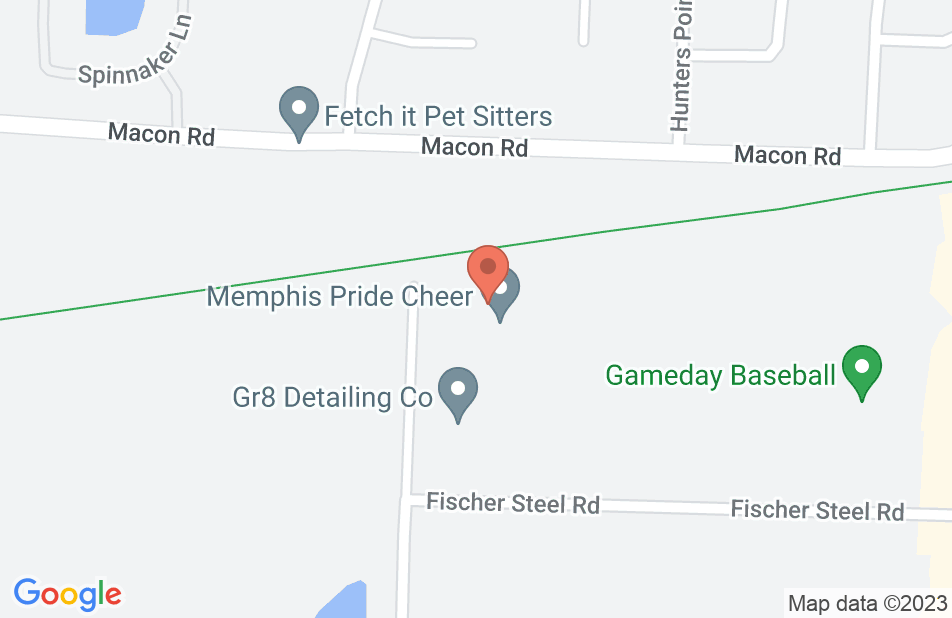 Rachel is Fabulous! She takes time to help me with my family issues. I’ve recommended her to so many people. I can honestly say she is the best lawyer I’ve ever had.
This review is from a person who hired this attorney.
Hired attorney

Rachel is the best

As a dad you hate to see that your son is being denied seeing his son. We spent 3 years and 2 other attorneys battling this. Rachel got the job done in a relatively short time. My son is young and in recovery. She was upfront with him and explained everything to him. Where the other attorneys had a derogatory attitude towards him, she was kind, encouraging and very non judgmental. As a parent, that says a lot to me about who someone is. The circumstances were complicated and we ended up with an amazing plan. I very highly recommend using Rachel.
This review is from a person who hired this attorney.
Hired attorney

Rachel was incredible with this very difficult case!!!

I HIGHLY RECOMMEND RACHEL!! We had a complex case regarding child support and visitation and a very difficult opposing party!! She was our 3rd attorney! She came highly recommended to me by someone who had seen her in action many times in the courtroom. She wrote up a creatively detailed agreement, leaving no stone unturned. I’d put her up against any other attorney anyday. Totally trusted her advice. Don’t let the fact that she’s not in some big law firm fool you. It will only save you a lot of money, which she’s conscious of anyway. And I really appreciated that. This in itself says a lot about her character. So thankful for her!!!
This review is from a person who hired this attorney.
Hired attorney

Rachel was completely honest with me throughout the process of firing my lazy attorney and hiring her. She did not bullshit me including what I was doing wrong and where I needed to keep my mouth shut. She is an advocate of single fathers. She was upfront and honest with me including her plans, our options, and the things I needed to do to see my son. I would 100% recommend her for child custody, divorce, separation, protection orders, or any other legal advice she can provide; as she provided me with legal references with my other issues.
This review is from a person who hired this attorney.
Hired attorney

HIGHLY RECOMMENDED WITH CONFIDENCE In June 2016 Ms. Rachel Lambert handled a hearing on petition for contempt for our son and three grandchildren. It was evident the judge highly respected her competency, firmness, and professionalism in the court room. Our friends who attended the hearing were equally impressed. With complete confidence, my spouse and I highly recommend and endorse Mrs. Lambert as an attorney who will exceed your expectations.
This review is from a person who hired this attorney.
Hired attorney

Do your part and watch her work.

I hired Rachel after being screwed by another attorney for my divorce . I met with Rachel and while we were discussing my case she went to investigating on the spot and just started going through it . I think it's a difficult decision for a lawyer to get involved in the middle of a case and many factors are involved. The number one thing in our conversation was honesty which went both ways. Knowing she can only do her best if I was complete honest with her and Rachel being honest with me. I could tell while talking to her and listening she had the knowledge and experience to deal with my divorce case. As a client of a lawyer trust is vital just got to have it . Rachel went to work sifting through my case and laid out a plan of action. Rachel told me what I needed to do and what she was going to do. Communication throughout the process for me was the biggest factor in building that trust. I was involved in all emails and phone calls and decisions were made off my thoughts and her vast knowledge and experience. It took two years to get it done and she accomplished everything she said and then some which included protecting my kids which was number one for me. In saying that there were many times Rachel told me things or advised that I just didn't want to hear or do but having that trust and faith in her I did it. Guess what she was spot on after the fact. Rachel went above and beyond in my case, my kids and for me personally . Rachel is a fair ,honest, knowledgeable, reasonable and experienced. I will recommend her to anyone who asks.
This review is from a person who hired this attorney.
Hired attorney

Best Lawyer out there

Rachel Lambert honestly helped me out. She was very friendly, knew her job and did it well. Using her as my lawyer in my child support case is the smartest thing I could have done. She was definitely prepared for court and for anything that could have happened.
This review is from a person who hired this attorney.
Hired attorney

Mrs. Lambert represented me in a custody modification/relocation case. As a father attempting to gain custody of his daughter I interviewed several attorneys and chose Mrs. Lambert based on my initial impression of her knowledge and professionalism. While my initial impression was good it did not prepare me for her extraordinary work ethic. Her courtroom manner was direct and she has a unique talent for making opposing attorneys look like amateurs. She won my case in July of 2014, then came the appeal and she performed so well in depositions that the other side threw in the towel. While working with attorneys is not usually a pleasurable experience I can honestly say that it was with Mrs. Lambert. She really went above and beyond and I highly recommend her.

I've been a client of Rachel's for the last 4 years. She's always very honest and doesn't give you unrealistic expectations. I was very impressed with her in the court room. She is sharp, precise, thorough and knew her stuff. She made the other attorney look like a simpleton. The judge ruled in my favor and I also got awarded my attorney fees to be paid by the defendant. I will continue to have her represent me for whatever comes next. I have recommended her to friends and will continue to do so.

Rachel is a truthful and positive Lawyer. THE BEST

Rachel took my case and she knew her stuff and when she said she would do, you can count on it, it was taken care of. She never once even gave me a feeling of loneliness in my case. Rachel is the best Lawyer i know.
See all reviews

I endorse this lawyer. I have mediated for Ms. Lambert. She is a zealous advocate for her clients and well respected in the community.

I have known Rachel since we were law students and have observed her in Court. She is a tough and loyal advocate for her clients.