Paul Jeter was born in Nashville, Tennessee and raised in Franklin, Tennessee.  He attended Franklin High School and graduated from the University of Tennessee at Knoxville with a BS in Ornamental Horticulture and Landscape Design and a minor in Business Administration.

After graduating from Tennessee, Paul began working in the landscape field and started his own landscape company. Paul’s experience in this field developed a strong work ethic and appreciation for those who “get their hands dirty” for a living.

After about five years in the landscape industry, Paul felt called to the legal profession and earned his Law Degree from the Nashville School of Law where he attended school at night while continuing to work 40-hour weeks as a paralegal in a law firm. He earned hands-on training while working for a personal injury law firm during the day and completed his legal studies at night. It was a tough grind but was instrumental in preparing Paul for the rigors and challenges that come with being a Lawyer.

Upon graduation and passing the Bar Exam on his first try, Paul believed that he could best serve his clients with a personal approach to practicing law so he opened his own practice, Paul D. Jeter Law Firm, P.C. in the Fall of 2009. Since that time, Paul has successfully represented clients from all over Tennessee in family law, personal injury, probate and business law cases. Paul also enjoys preparing wills and handling adoptions for his clients. His most memorable day practicing law was completing re-adoptions for his niece and nephew who were adopted from Rwanda by his sister and brother-in-law.

Paul currently resides in Franklin, Tennessee with his wife Autumn and sons Cooper and Graham. Paul is a member of the Tennessee Bar Association, Williamson County Bar Association and the Tennessee Association for Justice. He is an active member of Christ Community Church in Franklin and vounteers as a basketball and baseball coach for Grassland Athletic Association.  He enjoys playing golf, basketball, fishing and spending time with his family. Paul is also an avid supporter of the University of Tennessee Volunteers and can likely be found in Neyland Stadium on Saturdays in the Fall. 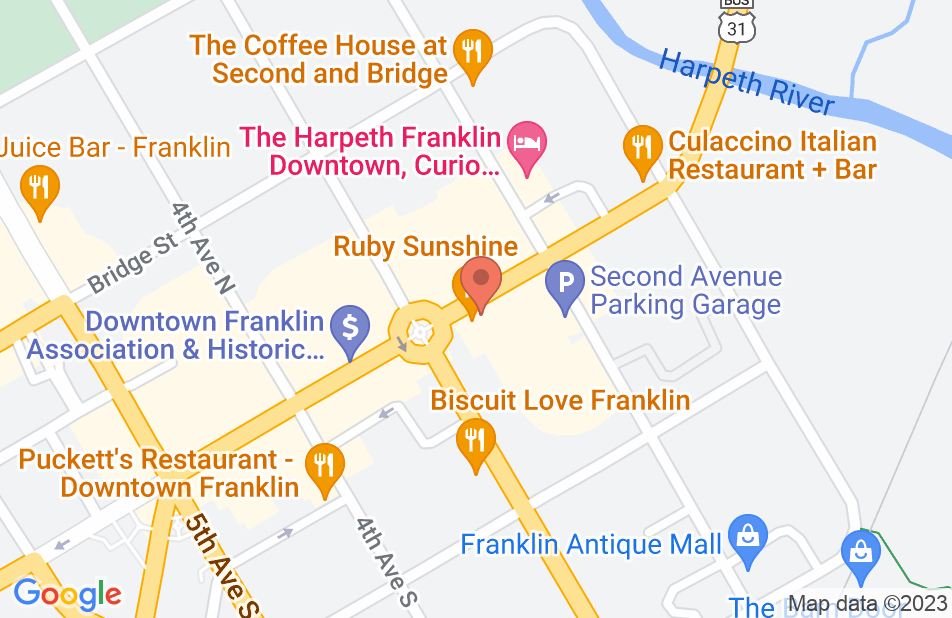 Great to work with!

Was very helpful in guiding me through the process in a relatively short period of time.
This review is from a person who hired this attorney.
Hired attorney

Paul has helped me out multiple times with my business and I couldn't be happier with the work he has done. He's not only a great lawyer but he's a great person, too.
This review is from a person who hired this attorney.
Hired attorney

Paul and his partner Barbara make a very good team. They have a very balanced yet aggressive approach. Paul welcomes all questions as he knows his client's concerns are important. He looks out for his client in more ways than the client even desires. He sees and capitalizes on parts of the client's case that could easily be forgotten. I felt comfortable trusting him to do the work for me and to take the stress, anxiety, and game off my shoulders.
This review is from a person who hired this attorney.
Hired attorney

I would most defiantly recommend Mr. Jetter and his firm. I had a difficult case with a difficult mother. Though I thought it would be a meeting with the mother and come to an agreement it turned out a whole lot more complicated. After a year and numerous court dates, motions and such I was very happy with the outcome of my case. They saved me more than I could have ever imagined. There persistence and knowledge is very much appreciated. Barbara and Paul, you guys rock. Thank you for all you do.
This review is from a person who hired this attorney.
Hired attorney

Very down to earth, and knowledgeable. Mr. Jeter directed me with my best interest at heart, while yet putting me in position to be successful. From the first return phone call, to the confidence of heading to court. I could rest assured that I was well equipped for any proceeding.
This review is from a person who hired this attorney.
Hired attorney

I recently needed representation to reset my child support based on the state calculation. I heard about Paul Jeter from a friend who had also retained him for a similar matter. Mr. Jeter fully explained the process, explained our best and worse case scenario. The case involved extensive research and interrogatories which Mr. Jeter and his staff fully explained and reviewed. The day we went to court I was fully prepared and completely understood what was happening. Mr. Jeter was prepared for court, seemed to ask all the relevant questions and took a genuine interest in my representation. My case disposition came out better than expected and I'm completely satisfied with his services. I would definitely use Mr. Jeter again for any legal needs.
This review is from a person who hired this attorney.
Hired attorney

Paul represented me throughout the process of my divorce. His knowledge, timely communication, and counsel were above and beyond my expectations. He spent a lot of time getting to know me and my case. He openly discussed options and possible outcomes. There was no sugar coating things, yet he was empathetic which made things much easier and comfortable to discuss. He is a very skilled in negotiator, and as a result, he saved me precious time and resources. He kept me very aware of exactly what was going on with my case each step of the way. I highly recommend Paul Jeter! I wouldn't count on finding anyone better.
This review is from a person who hired this attorney.
Hired attorney

A car accident whether with injuries or just damage to your car is a very difficult and trying time. The accident not only affects the person in the wreck but the whole family. My family found ourselves in this position last year. When we did not know where to turn we found Paul Jeter. He took the worry and stress away from us and handled the whole situation. We found him to be compassionate to our situation and truly fought the insurance company for us. I would refer all of my family and friends to Paul for any of their legal needs.

The best lawyer around!

I heard about Paul after having a bad experience with a previous lawyer I had chosen for a child custody case. Having him represent me was a huge relief. Unlike the first lawyer I had, Paul explained all of my options to me and and instead of using just the basic parenting plan, he customized it to fit my wants. I wasn't sure of all of the legal terminology and hidden loopholes, but he took the time to explain everything I needed. He does charge by the hour, but if I had a quick question he would not nickel and dime me for it like most lawyers do because as he says, he'd rather have a happy customer who will recommend him instead of someone who will be disappointed with the outcome. In my case, my son's mother kept missing the court dates to delay the process and instead of doing what my first lawyer did and ignore it, Paul asked the judge if we could at least have a temporary plan signed so we could get my son into Pre-K since the mother was absent, to which the judge agreed. He always stood up for me in court and represented me like any parent (or person) would want to be represented. Never once was he negative in any way, and I'm happy to say that now I have a permanent plan in place and custody of my child. Each case is different, but no matter what yours is, I know Paul will dedicate his time to you and do his very best for you.

Paul was a blessing during my divorce. He and his staff handled my case very professionally from start to finish and got exactly what I was entitled to and wanted. I would personally recommend Paul for any family legal issues and not only was he my attorney, but I now consider him a close friend.

Paul is a bright, energetic and talented lawyer. He works hard and delivers results while giving individual attention to his clients. He is particularly adept in the area of workplace injuries, and I endorse him without reservation.

I am happy to endorse Paul. I had a case with Paul as opposing counsel and he was very professional, knowledgeable and advocated for his client.

I endorse this lawyer. Mr. Jeter was opposing counsel on a matter that is now resolved. He was very professional and did a good job protecting his clients interests. He was honest and firm and I believe his client was very pleased.

Paul Jeter is easy to work with and a knowledgeable advocate for his clients. I endorse this lawyer.

I strongly endorse this lawyer. He is very thorough and professional and I have no hesitation recommending him to my clients.

I have known Mr. Jeter since grade school and he has always stood for what is right. I endorse Mr. Jeter as a diligent and knowledgeable attorney.

I worked with Paul on a personal injury case. I found him to be diligent, knowledgeable, reasonable, and easy to work with. I endorse this lawyer.

Paul is a terrific lawyer. He is knowledgeable, responsive, and fights hard for his clients. He gets great results.

I have known Paul since he was a law clerk at a personal injury firm in Nashville. Since that time we have worked on cases together and each time, Paul has taught me something new. He is a great lawyer and fights hard for his clients.

Paul is a compassionate and personable lawyer. He is a great advocate for his clients. He has knowledge and experience in law and is not afraid to think outside of the box to achieve the desired outcome for his clients. I am privileged to recommend this attorney for any legal needs.

I know Paul to be a tenacious advocate for his clients. He brings practical knowledge and experience to his practice which greatly benefits his clients. He doesn't miss the forest for the trees, and gets timely resolutions, even in hotly contested matters. I wholeheartedly endorse this lawyer.

Paul is a bright, energetic and talented lawyer. He works hard and delivers results while giving individual attention to his clients. He is particularly adept in the area of workplace injuries, and I endorse him without reservation.