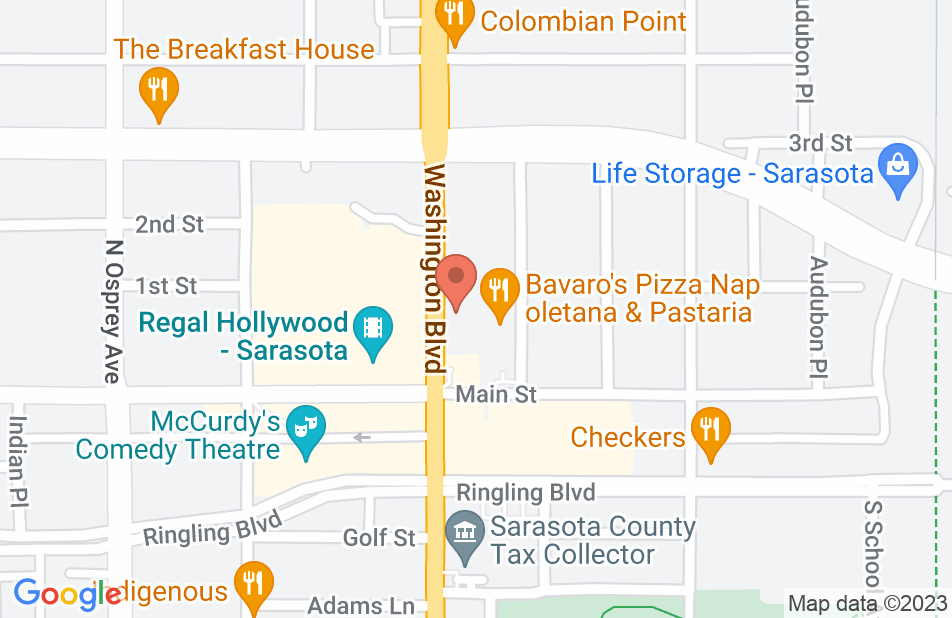 Through difficult times Allan has been honest, helpful and caring. He takes personal time to explain our case and updates us frequently on any new issues or resolutions. He is super determined and efficient! I am happy we retained him , for I know our family is in good hand!. His dedication and tenacity to our case is appreciated! Definitely an A++.
This review is from a person who hired this attorney.
Hired attorney

Mr. Bailey is an exceptional lawyer that comes to court well prepared and ready to help his client. He not only has the ability to speak the legal jargin in court with the judge and/or opposing counsel, but he can talk to his clients in a way that makes them understand how the case is proceeding while putting their minds at ease. I highly recommend Allan Bailey to represent you.
This review is from a person who hired this attorney.
Hired attorney

I have known Mr. Bailey for over 20 years. He is a true professional and an excellent Attorney. Most importantly he is a good person of the highest character.
This review is from a potential client who consulted with this attorney.
Consulted attorney

I hired Allan on two two different cases involving domestic violence and divorce. Allan was great, I was in his office the next day and he answered all my questions, and at the end of the case got a fantastic result. He was caring and knowledgeable on the law and won every hearing with a final result of full custody of my son. I would recommend Allan to all of my friends and family as the best attorney in Sarasota, Florida
This review is from a person who hired this attorney.
Hired attorney

I have dealt with many attorneys over the last thirty years both professionally and personally. Mr. Baily is in my opinion one of the finest. I have personally used Mr. Baily to handle criminal, estate and family law matters. His knowledge and responsiveness have made what can often be contentious issues (for example divorce) tolerable. Mr. Baily's trust and estate skills, which I have used professionally, are exemplary as well. I recommend Mr. Baily for his practice area of criminal law, family law and estate and trusts law.

In the past 15 years I have had multiple attorneys represent me in an ongoing and litigious situation. Ultimately I hired attorney, Allan Bailey and he has done an outstanding job in representing me and has been the best attorney I have ever had.

ALLAN IS THE BEST LAWYER IN THE SARASOTA AREA

I HAVE KNOWN ALLAN & HIS FAMILY FOR 25 YRS. YOU WILL FIND THEM TO BE EFFECTIVE, KNOWLEDGABLE, PROFESSIONAL, WITH HIGH MORALS,TRUSTWORTHY AND WELL LIKED BY THE JUDGES & STAFF OF THE COURTHOUSE & OTHER LAWYERS WITH THE HIGHEST OF RESPECT, WHICH IS DIFFICULT TO FIND IN THIS PROFESSIONAL-TODAY IN TIME..

My opinion only but Mr. Bailey is not a good attorney.

Retained mr. Bailey 2 months ago. I was told by Mr. Bailey that he had filed a motion with the court. Then I was told by his secretary that they hadn't filed anything because they were waiting to hear from the state's attorney. I've been told each of my last 5 calls that they keep getting a new state's attorney and the new one has not returned their calls. Now they do not even answer the phone. Plus voice mail is full so I can't even leave a message. Stay away from this guy. My next move is to file a complaint with the State Bar Association.
This review is from a person who hired this attorney.
Hired attorney

I endorse this lawyer. I was a Magistrate for seven plus years and had Mr. Bailey appear before me several times. Every time he appeared before me, he was well prepared and acted professionally before the court and his opposition. I endorse Mr. Bailey without qualification.

I have had the pleasure of opposing Attorney Baily on several family law and dependency law cases over the years. He is consistently well prepared, conscientious, and professional in his approach to all cases. He is an experienced trial attorney, who also excels in the art of negotiation. I endorse Attorney Baily.

I've had several divorce cases with Allan and he always handles the cases professionally. He is easy to get in touch with and wants to get cases resolved for his clients but he also isn't afraid to advocate for them if necessary.

Without a doubt, Allan is one of the most knowledgeable and respected attorneys in our community. On top of knowing the law, Allan is the consummate advocate for his clients, and always fights for their best outcome. I highly endorse Allan Baily.

Matthew Martell, Probate Attorney on May 20, 2017
Relationship: Worked together on matter

I highly endorse this lawyer. Originally, Allan and I met years ago while working on a highly contested high profile probate case as co-counsel. At that time, I witnessed first-hand his excellent skills in the courtroom. Since then we have had several divorces/family law cases against each other over the years. He is always pleasant to work with, very professional, and does a great job for his clients. We have consulted and referred each other guardianship cases in the past. Therefore I've seen that he does an excellent job with these cases as well. Finally, I have heard throughout the legal community that he is also an excellent criminal defense attorney-- especially regarding criminal law cases that go to trial. I would not hesistate to sent a probate, guardianship, divorce, family law, and/or criminal defense client to Allan. I know from personal experience that he would take very good care of them and an excellent job of representing in court. I highly recommend him!

I endorse this lawyer. I have worked with Mr. Baily on criminal and family law cases. Mr. Baily has an excellent reputation in our legal community for his legal knowledge commitment to his clients, and professionalism. He was a tremendous help on several cases that we've consulted on. I highly recommend his legal services.

I endorse this lawyer. I have known Allan for many years and have had the pleasure of working on several matters with him. He is extremely knowledgeable and a highly effective advocate. I endorse him without reservation.

I endorse this lawyer. I have worked with Allan on several litigated cases. He is an intelligent and considerate advocate providing practical legal advice as well as strong and effective skills in carrying out cases.

I endorse this lawyer. Mr. Baily is a very conscientious attorney and a very good man. He is very knowledgeable in the area of family law, criminal law and estate planning.

Allan is a very hard working attorney who really cares about his clients and works hard to get the best possible result for them. I highly endorse this lawyer.

I endorse this lawyer. Mr. Baily is very passionate about making sure that his clients are taken care of. Personal attention and excellent results. He is a top notch attorney!

I endorse this lawyer. Alan is very conscientious