Passion. Experience. Value. I love what I do. I am expereinced, and talented. I charge a lot less than most firms.

John Hornbeck was born and raised in St. Petersburg, Florida. He went to high school, college, and law school in St. Pete. John graduated from Keswick Christian High School, University of South Florida, and Stetson University College of Law. While at USF on a full scholarship, John was able to graduate with a Bachelor’s degree in only three years, while also working in the academic advising office.

John graduated from Stetson Law School early as well, taking only two and a half years to receive his Juris Doctorate. While at Stetson, John was co-chair of the Alumni Relations Committee, Christian Legal Society, and the Go Green Committee. John was also the captain for softball, soccer, and kickball. John received a Certificate for Excellence in Leadership from Stetson.

John received his love from law from his father who is an attorney (Harvard ‘75, Stetson ‘79). John’s brother Jay is also an attorney (USF ‘07, Stetson ’11). John enjoys fighting for professionals to obtain and keep their licenses. John’s grandfather William Hornbeck (Harvard ‘45, Harvard Medical ’47) was a doctor. John's wife Beth (Vanderbilt '08, FSU Medical '16) is a medical doctor. John treats all his clients licenses as if it is her he is protecting.
​
John worked in a large health care law firm where his sole duty as an attorney was to focus on licensing issues. John is very familiar with the Florida Department of Health Complaint process and how to best help you guard your license.

John has experience in traffic court cases, DUI and other misdemeanors, as well as felony experience. John began his criminal defense career in 2010 as a law clerk for a Board Certified Criminal Defense attorney. He has experience on the other side of the aisle, as he was an intern at The Office of the State Attorney for six months. John's first experience with personal injury came in 2012 when he worked for a law firm that specialized in Breast Implant Malfunction Settlements. John has experience suing big companies such as Publix, and is not afraid to take on the "Goliath"

John’s commitment to helping people doesn’t stop at his profession. His community service includes City Of St. Petersburg Volunteer of the Year award for his work with the youth in the community. He was the Youth Coordinator at his church for over two years, mentoring and teaching kids the Bible. In addition, he volunteered at a public school teaching Civics and Constitutional Law to 7th graders. He also volunteered his time teaching senior citizens history classes. 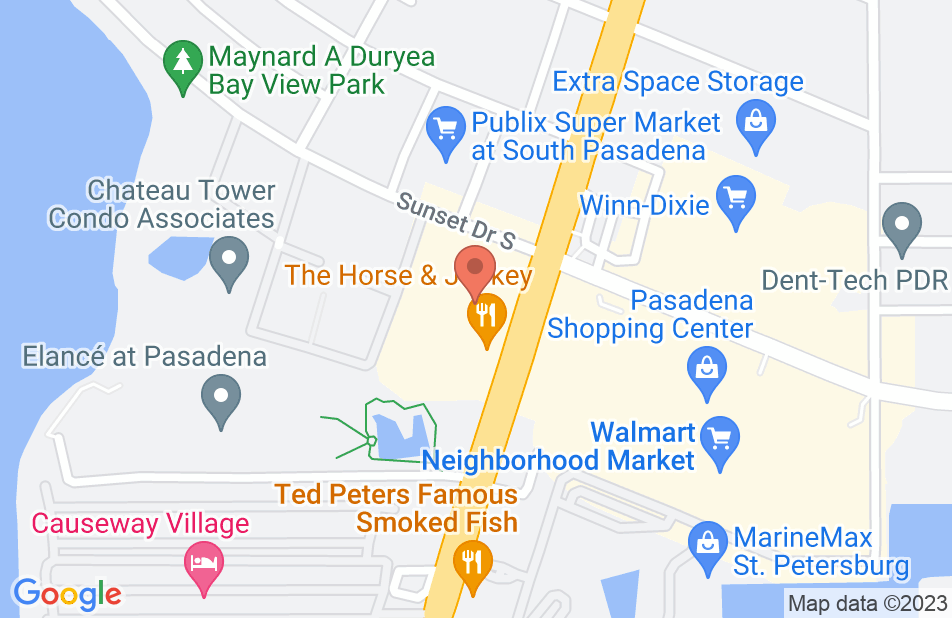 John Hornbeck assisted me in a personal injury case in which the injury hindered both my work and my recreational activities. He provided me guidance every step of the way and was very supportive of my choices in treatment for the injury. Most importantly, he was able to settle my case quickly and for significantly more money than I anticipated. Thank you Mr. Hornbeck!
This review is from a person who hired this attorney.
Hired attorney

Attorney John Hornbeck had been attentive and empathetic to my legal needs when he worked on my case. I was able to freely communicate with him which alleviated my nervousness of the situation. I would recommend John Hornbeck to future clients.
This review is from a person who hired this attorney.
Hired attorney

"Mr. Hornbeck helped me protect my license when I needed it. He is trustworthy and will communicate with you 24/7 if needed. His knowledge of protecting licensed professionals stems from the beginning of his career and years later where he makes sure his clients have the best chance at getting through this difficult time. Throughout this stressful process, Mr. Hornbeck kept reassuring me what to expect and made it simple to understand by using his easy guide to the legal process. He will not stop fighting for his clients until there is a solution and will negotiate the best outcome. If you know anyone in need of protecting a license, he is your man."
This review is from a person who hired this attorney.
Hired attorney

John was an excellent attorney who gave me peace of mind during the whole process on top of the dedication and hardwork. I will highly recommend him to my friends.
This review is from a person who hired this attorney.
Hired attorney

"I want to share my experience with John Hornbeck, Esq. In a time when my rights were challenged, I felt powerless and caught in a situation which needed professional help. John Hornbeck was the right person. My wife and I were separated and living apart when she came to my residence and then maliciously and falsely accused me of domestic violence. I was arrested and detained in jail overnight. Suddenly, everything I worked for was in jeopardy, my career and professional licenses were in danger. I did not know what to do? A friend recommended Mr. Hornbeck to represent me. Mr. Hornbeck worked with me and kept me up-to-date on every aspect of my case. He communicated with the district attorney and was always prepared and on-time to court and meetings. The outcome of my case was “no file.”I believe had I not had Mr. Hornbeck represent me that I would have lost my license and my career with a less informed and less caring attorney. It is the legal expertise, the dedication and level-headedness of John Hornbeck, Esq. that I will always be grateful for. He is what every lawyer should strive to be. I am truly fortunate to have Mr. Hornbeck on my side."
This review is from a person who hired this attorney.
Hired attorney

We hired John after a roofing company did not fix my roof as agreed and they kept making excuses and passing the blame after they agreed they could fix my issue "No Problem" they said. John acted swiftly to contact them and get our money back so that we could get the roof fixed the right way. You can not go wrong with hiring John!!
This review is from a person who hired this attorney.
Hired attorney

John is a sharp attorney and very personable. I endorse this lawyer.

I endorse this lawyer. Mr. Hornbeck gives thoughtful answers to clients and is one of the attorneys that make our profession great.

I've known John since our first year of law school. He is compassionate and hardworking and I am happy to endorse him as an attorney.

John Hornbeck is a talented and hardworking lawyer. I recommend his legal services to anyone in need of experienced counsel.