I love to put my decades of experience to work for my clients.

Prior to going into private practice, Mr. McGinn worked as a state prosecutor where he handled over 60 jury trials and became a respected litigator. He draws on his experience as a prosecutor every day as he prepares his cases for trial. He is also a skilled negotiator. He works hard to reach an agreement without having to go to court but he will not hesitate to do so in order to protect your rights.

Michael is married and has 3 children.  He resides in Riverview, Florida. 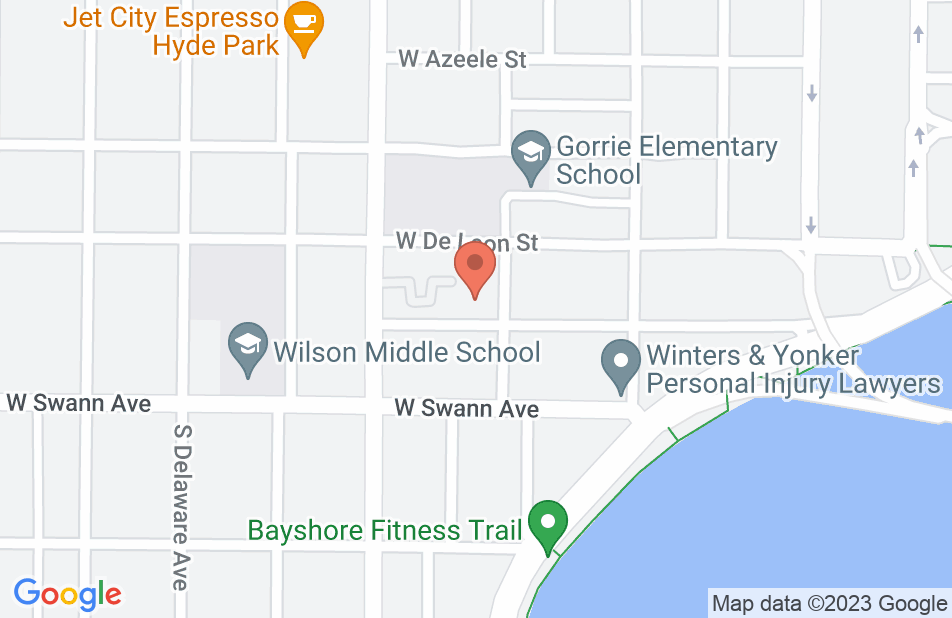 He did a great job. My case was dismissed. Was available for any & all questions. My written evidence was lost or misplaced, you will need to keep a copy of all your records, but other than that. Good job.
This review is from a person who hired this attorney.
Hired attorney

Mike was my attorney in a case regarding my children being able to move schools. Mike was always professional, caring, honest, and dependable. Mike gives you the truth and truly cares about his clients. Mike truly is an excellent attorney that I trust and would definitely hire again.
This review is from a person who hired this attorney.
Hired attorney

Michael was extremely diligent with my fiancé’s case. Hiring an attorney to handle our matter was something we procrastinated on due to not knowing what to expect. We were referred to him through a friend who had previously used his services & Who was more than satisfied with his experience. Michael & his wonderful paralegal, Monika, started our case and carried it out with nothing but transparency & integrity. Less than a year later our case has been concluded & we are more than pleased with the Outcome & experience.
This review is from a person who hired this attorney.
Hired attorney

We hired Mr.McGinn for my boyfriends case and i couldnt be happier with how attentive he has been and returns my calls promptly and answers any questions i may have he has been very helpful through this so far and i tell my friends this is who you should hire if ever needed. and i know he cares about his cases and the people he is representing! thank you
This review is from a person who hired this attorney.
Hired attorney

Mike McGinn was my attorney on a previous case and he and his staff were top notch in handling my case. Ay issues that I had were handled quickly and efficiently, and Mike and his office were always available when I had questions. After searching for an attorney for over a week I finally came across Mike and knew right away I had a strong knowledgable advocate for me. Thank you so much Mike!
This review is from a person who hired this attorney.
Hired attorney

Best Decision I made was to hire Mike

I hired Mike for my divorce. From our first meeting to the end he kept me informed as to what was going on. He made a really stressful time in my life go smoothly and we were able to settle the case with a great result. I would HIGHLY recommend Mike to anyone needing a great family lawyer.
This review is from a person who hired this attorney.
Hired attorney

Michael was hired to complete a divorce and child custody case, which was highly complicated and full of contention by the other party. Michael was compassionate and understanding from the very beginning. He and Monika were always available and provided advice that allowed for this extremely stressful situation to be easier to handle. Michael and Monika were helpful for each step of the way and never gave up on getting my family the results we needed. In the end, with Michael's expertise, the results were positive and my family is now able to move on from what could have been a disaster situation. I would highly recommend Michael to anyone needing an experienced, helpful, and compassionate attorney. A++
This review is from a person who hired this attorney.
Hired attorney

He made our family whole!

We have been dealing with a nasty custody battle for the past 4 years. We came to Mr. Mcginn as a last resort because we were not getting anywhere with the child's mother. When we came to Mr. McGinn he sat down with us and allowed us to tell him our situation, he asked tons of questions and in the end of the conversation asked us what we would like to get out of our case. My boyfriend was requesting every other weekend Mr. Mcginn made us aware that we were entitled to 50-50 custody and regardless of what anyone had told us in the past that if that was what we wanted that is what he would fight for. The ease at which we went through the case was amazing and even after receiving our initial custody arrangement he assisted us through her mother attempting to make us lose the custody we fought so hard to get. Every time you spoke to those who did it with dignity and respect. He is not one of those condescending lawyers he truly wants to help. I will recommend him to anyone that asked me I have already made over 20 recommendations and will continue to as long as he is practicing. Like my title stated 2 years later our family is whole and we have him to thank for that.
This review is from a person who hired this attorney.
Hired attorney

Mike McGinn & his Legal Assistant, Monika, were a blessing to work with! I hired Mike for a child support case & was very pleased with the outcome - far more than I expected! I would DEFINITELY recommend Mike to anyone seeking legal representation. He & Monika turned a very stressful situation into a process of security & ease and I couldn't be any happier with the outcome...
This review is from a person who hired this attorney.
Hired attorney

McGinn for the win!

Very transparent. I felt like I knew everything that was going on with my case and understood it better because of Mr.McGinn. Very patient, very understanding. Great person/team to have in your corner!
This review is from a person who hired this attorney.
Hired attorney
See all reviews

Mike McGinn is a very caring professional who works hard for his clients. I regularly refer clients who need help with family law matters to him and he does an excellent job. I definitely endorse Mike McGinn!

I endorse this lawyer. Mr. McGinn has vast experience in the family law area. I had the pleasure of being in a professional group with him at a Family Law Inn of Court - he was a great team member...diligent, knowledgeable, punctual and extremely kind and professional. Great person and lawyer!

I was the opposing counsel with Michael McGinn in a family law case. Michael is extremely intelligent, knows the law, and advocates for his clients in a strong yet reasonable manner, resulting in us reaching a settlement that both parties were satisfied with. I strongly recommend Michael McGinn.

I endorse this lawyer. Michael is an excellent attorney who works very hard for his clients. He is compassionate and very knowledgeable in the area of Family Law. I absolutely endorse Michael.

Mike McGinn is a very caring professional who works hard for his clients. I regularly refer clients who need help with family law matters to him and he does an excellent job. I definitely endorse Mike McGinn!

Mike is an outstanding lawyer and he does a great job for his clients.

I endorse this lawyer. Mr. McGinn has vast experience in the family law area. I had the pleasure of being in a professional group with him at a Family Law Inn of Court - he was a great team member...diligent, knowledgeable, punctual and extremely kind and professional. Great person and lawyer!

Knows the law and puts it to good use for his clients.

Jill Rogers, Divorce and separation Attorney on Jan 12, 2015
Relationship: Other

Great representation at all times. I endorse this lawyer.

This lawyer goes to great lengths to get the best results for clients. I endorse this lawyer.

I endorse this lawyer. He is a particularly excellent family attorney.

I have known Michael McGinn for many years both in his work as a prosecutor and as a family law attorney. I know him to be a knowledgeable, reputable and ethical attorney. I endorse him without reservation.

I endorse this lawyer. His comments to on line questions are right on point and helpful.

I endorse Mr. McGinn. He is a skilled and dedicated attorney. This is demonstrated both by his insightful contributions to AVVO, as well as by his favorable client reviews.