Help for your family, children and marriage at affordable rates. Don't overpay, read my reviews and call today.

A graduate of Brandon University as well as Old Dominion University, I earned my Juris Doctorate Degree from Florida Coastal School of Law. After law school, I worked in the Office of the Public Defender in Jacksonville, Florida where I defended thousands of clients against charges ranging from misdemeanors to serious felonies.  I left that office in 2010 and have been working in my own firm since 2011 representing clients almost exclusively in family law issues.

Outside of work, I am the mother of two boys and the wife of a retired miitary man.  We are "crazy marathoners" and, though I'm not speedy, I tend to sign up for one or more marathons each year. 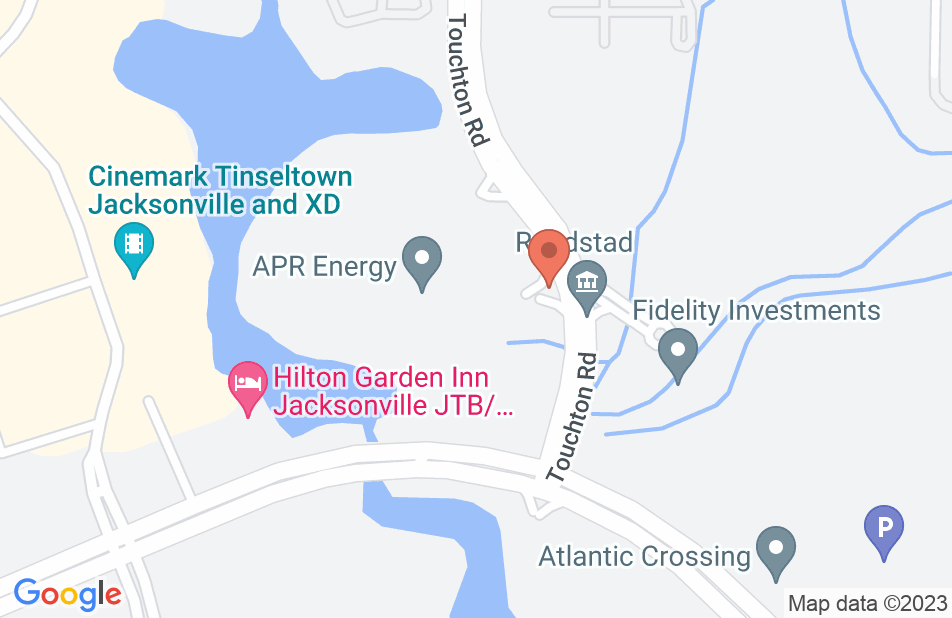 I started my case with a different attorney. But that relationship didn't last. I like to be on top of things and stay as informed as much as I can. I do this by asking a lot of questions. It appeared my previous attorney could not deal with me because of that. I found Brenda Drake thru the AVVO website. We spoke briefly, mainly to explain my case. I felt comfortable with her over the phone and shortly after I decided I would hire her. I have absolutely no regrets. Having had the negative experience with the other attorney, Brenda was an absolute pleasure to work with. She is on top of her stuff. She replied promptly to my many, many emails. She is open and honest with you, even if that means relaying something you don't want to hear. She stays professional and is very affordable. My case reached a resolution I was comfortable with and I would definitely hire again if future issues arise. Many thanks Brenda!

True Definition of a GREAT Lawyer....

Previously I was with another law firm for my paternity case and for child support in 2011. Brenda started off as my counsel in that matter. in the middle of the case I received notice I was going to be represented by someone new. I found out Brenda was no longer with the firm I had hired. When I had hired the law firm I met Brenda and felt very comfortable with her. She was honest, trustworthy, reliable, punctual, and thorough. Once she left the firm my case became a nightmare. The new counsel was unprofessional and not trustworthy. There was several incidents of misconduct. I was stuck using the firm because I didn’t have the money to pay a retainer for another lawyer. My charges became extensive and a lot more than I was told. The entire time I wanted to be represented by Brenda, but was stuck in a horrible situation. The case was settled, but I continued the nightmare of the aftermath that followed relating to the misconduct. 2 yrs later I decided to get married, but would have to relocate due to military orders my fiancé received. I now had to go through the submission of a petition to relocate with my child out of Florida. I started the process on my own, but shortly realized that I was dealing with military laws because my son’s father was stationed overseas. I knew I had to seek legal counsel, but refused to go back to the firm who I originated with. I contacted several firms and was quoted an amount that was ridiculous. So I search for Brenda because of how great I felt with her and how honest she is. Once I got in contact with her we sat down and discussed everything in detail. When she gave me her price I was in shock at how reasonable it was. In the end I got everything I requested, I had absolutely no surprises, and no false expectations. I cannot even express how great it felt to find her and have her represent me. She was everything a great lawyer is. I even referred a family member to her and if anything else arises, I will definitely be contacting Brenda.

Brenda was absolutely beautiful to work with! She was clear and concise; had a full understanding of the law, and legal environment and was able to obtain what I needed in the quickest and most efficient route. I would recommend her to anyone with glowing admiration.
This review is from a person who hired this attorney.
Hired attorney

She made me feel less stressed out in an difficult time in my live. Attention to detail is unmatched... Thank you again for your service and time.
This review is from a person who hired this attorney.
Hired attorney

Working with Drake Law Firm was great. Great response time, great billing and visibility into the case. Brenda is very patient, caring and helpful. I will definitely refer Brenda to my social circle if they need a divorce attorney.
This review is from a person who hired this attorney.
Hired attorney

I reached out to Brenda for help and she responded quickly and was very helpful. She was very helpful in what next steps I need to take. Thank you!
This review is from a potential client who consulted with this attorney.
Consulted attorney

Ms. Drake was efficient and quick to respond with everything I provided to her, emails, etc. I would highly recommend her to take care of you family legal needs. Thank you Ms. Drake for your services and all the time you spent on my case.
This review is from a person who hired this attorney.
Hired attorney

Don't wait! hire her now! I am so Glad I found her!

I had started with another attorney whom forgot to tell me she was moving to another State! so my case had been stalled without my knowledge A good friend and my landlord had recommended Mrs Drake, and from the firs day I met her, I knew I had to hire her, she gave me peace of mind and allowed me to talk with out rushing me, she has very competitive rates and I have referred her to all my friends, she is well rounded and make no mistake about it she knows numbers!! She will have you ready to answer anything the co will throw your way! Schedule your consultations and make your choice! don't wait for a crisis.
This review is from a person who hired this attorney.
Hired attorney

Professionalism with a heart..

Atty. Brenda Drake is very professional. You can rely on her in every questions that you might have about the process by responding quickly through text, email and phone calls. Very hands on indeed. I highly recommend Atty. Brenda Drake to everyone who needs a lawyer with a kind heart. Thank you so much Atty. Drake for helping me. For being kind and considerate with me going through this hard time. May God bless you always!
This review is from a person who hired this attorney.
Hired attorney

I am in the middle of a very high conflict custody case, and luckily I have Ms. Drake representing me. She is quick to respond to my many emails asking questions, and she is very patient and thorough in explaining things to me. Choosing an attorney is not easy, so I wanted to let anyone that is considering hiring Ms. Drake know that I would highly recommend her as a very professional, attentive, and caring person.
This review is from a person who hired this attorney.
Hired attorney
See all reviews

I endorse this lawyer. Ms. Drake is a hard working, intelligent attorney who will fight the state as hard as she can to make sure that your rights are protected. She will make sure you understand the process each step of the way. You can never go wrong by hiring her.

Brenda Drake is a great advocate for her clients. She is also a big contributor to the Avvo Legal Community. I have read and agreed with many of her answers. I endorse this lawyer because of her demonstrated leadership skills, knowledge of the criminal justice system and her ability to communicate that knowledge in a clear and understandable manner.

I endorse this lawyer's work. A contributor to the legal community and a real asset to the bar in general.

I endorse Mrs. Drake. She is a truly asset to our legal community. Very helpful on AVVO and a great expert in the field.

An asset to the legal community, Ms. Drake has been professionally handling family law cases for years, and has the experience necessary to accomplish any task. Aside from the outstanding work she does for her clients, she is a solid role model for young, budding legal professionals in the local legal community. I would recommend Ms. Drake's legal services to anyone.

Ms. Drake is not only intelligent but a strong advocate for her clients. She also has the ability to provide thoughtful and caring advice to those facing some of life's most difficult struggles.

I endorse this lawyer. Brenda is a knowledgeable attorney with great compassion. I am happy to endorse Brenda.

I endorse this lawyer. Tough, talented and thorough.

A zealous advocate with an outstanding track record.

Ms. Drake is a well respected attorney who works tirelessly for her clients.

Attorney Drake knows the law and how to make it work for her clients. I endorse this lawyer.

Brenda Drake is a great advocate for her clients. She is also a big contributor to the Avvo Legal Community. I have read and agreed with many of her answers. I endorse this lawyer because of her demonstrated leadership skills, knowledge of the criminal justice system and her ability to communicate that knowledge in a clear and understandable manner.

I endorse this lawyer. Attorney Drake is a true professional advocating for her clients.

I endorse this lawyer. She is a hardworking trial attorney who will work tirelessly for you.

Ms Drake is a respected attorney by her peers and her advice should be trusted by her client's who are lucky to have her.