Ed Suarez has tried a wide range of cases in front of juries in the state and federal courts of Florida. He graduated from Florida State University, College of Law in 1987, where he was a member of the moot court team, mock trial team, and a recipient of the James Harold Thompson Scholarship. In 1988, he was admitted to the Florida state bar and the United States District Court for the Middle District of Florida. He is also a member of the Eleventh Circuit Court of Appeals and the United States Supreme Court.

Ed Suarez began his career as a prosecutor in Florida's 13th Judicial Circuit, prosecuting cases including fraud and other financial crimes, capital sexual battery, child abuse, and other serious felony offenses. Since 1991, Ed has concentrated his efforts on helping clients with criminal and personal injury matters in the Tampa Bay area.

Ed has received the highest rating (AV) given to lawyers by the prestigious Martindale-Hubble. He has also been named one of "Florida's Legal Elite" attorneys by Florida Trends Magazine and has been recognized as a "Leading American Attorney" by the American Research Corporation, an honor bestowed on only 8% of Florida's lawyers 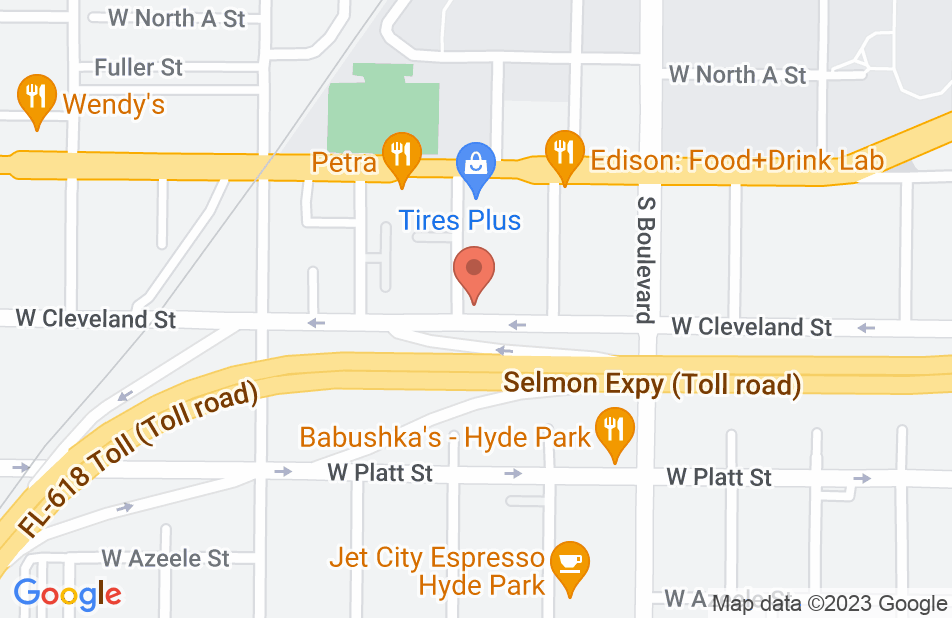 Not your typical attorney

If every attorney conducted themselves like Ed Suarez, there wouldn't be any lawyer jokes. Deeply commited to every aspect of his clients' lives. Genuinely cares. As an attorney, his credentials, knowledge, skill and reputation are absolutely impeccable. As a person, even more outstanding. Ed deeply loves and cherishes his family and made me feel like I was part of his family. I was actually told by another well respected local attorney that if they were ever in any trouble, that they (as an attorney) would want Eddie representing them without hestiation. If you need the very best representation that money can buy- here it is.

Mr. Suarez is a rare person. I have known him now going on 15 years. Aside from his qualifications as an attorney, which I might add are impeccable, he has proven to me and others I have recommended he cares about the individual not only the client. He does exhaustive research and has an excellent team he works with in preparing to represent you. I can say from personal experience he exceeded my expectations in many ways. He is a rare breed in that he is not ruled by the almighty dollar. He puts himself on the line for you in every way possible and goes the extra mile. Although I have not been privileged to meet his family I have had many discussions with him regarding his children and his family beliefs as I am married with children. I can say without reservation his representation of you cannot be matched.

Eddie is a great lawyer and did a fantastic job representing me.

Smart, Savvy and with the Highest Integrity

As the son of a civil servant, I know that the highest rating my father could earn was "above reproach" as a superior officer in the police department where I grew up. That was a higher rating than "exceptional" or "outstanding." And in thinking of how to introudce you to Mr. Suarez, (who, by the way, puts you immediately at ease by insisting on calling him "Eddie" when you first meet him) the concept of "above reproach" comes to mind. Eddie navigated me through the criminal justice system -- something I was unaware and, frankly, naive about having never experienced it before -- and his sound judgment and steady counseling kept me grounded as he navigated me through the not so "above reproach" dealings you can encounter inside the belly of the system. As a result, Eddie positioned me for a favorable outcome. I realize I was fortunate to have Eddie represent me, through the process we became friends, and that will last far longer than the six months I endured going through the threat of unfair pending charges. I suspect that might be echoed by his many clients. Eddie has, as a business plan, kept his practice from growing so he can better serve his clients and be more involved in each case. And I realize that my outcome can't always happen for everyone. A simple case took some bizarre turns. But in my case, Eddie successfully represented me so well, charges were never filed, my spotless record remains intact, and I am able to put my public and professional life back together. For that I am indebted always. It would not and could not have happened without Eddie's astute counsel and his attention to detail, not to mention Eddie's strong staff in his office, which are outstanding and "above reproach" in their own right. My name is Bill Carey. Through my professional career, I have worked with many attorneys in many different corporate capacities and I have been exposed to many crimminal, civil, and prosecuting attorneys. This was the first time I needed representation for myself in what threatened to be a criminal charge. I have observed the work and methods of enough lawyers to be experienced enough to say that Eddie practices his profession with the utmost integrity and highest professional standards. I have no reason to not be on the record about recommending Eddie and will gladly be a reference if you have further questions about Mr. Suarez.

Pleasure to work with. We had contentious case that we were able to iron out thanks to Eddie's professionalism, creativity, and expertise.

I have known Eddie Suarez for over 20 years. He is a quality man and a quality attorney. I endorse this lawyer.

I endorse this lawyer. Mister Suarez is a leader in the legal community. He helps other lawyers understand the complicated intricacies of white collar federal criminal charges, and is a speaker at prestigious national federal seminars. He is a great person as well.

A pleasure to work with and a good lawyer who can be tough on the competition while keeping a kind heart for his clients.

Mr. Suarez is an incredible human being and a magnificent lawyer. He has also been a mentor to many young attorney's in the area, including myself. He is a true gentleman and a learned scholar. He one attorney that I would turn to if I was ever in need of help. I endorse this lawyer's work.

Ed Suarez is one of best lawyers in the State of Florida! He is highly respected and admired by his peers in the legal community. Ed has the ability to find a way to acheive success in cases that most lawyers would never take. He is highly personable and treats all people with respect and dignity. A true "Legal Eagle."

Eduardo is a consumate professional and a gentleman.

Michael Misa, DUI and DWI Attorney on Dec 16, 2008
Relationship: Worked together on matter

I endorse this lawyer's work. I have consulted with Ed on several complicated Federal matters and have found him to be one of a kind. Ed is caring and very honest with his clients. He conducts an in depth analysis of the case and provides quality representation. I am proud to have him as a colleague and friend.

Mr. Suarez is an outstanding attorney, diligent in defending his clients and thorough about his investigations. I have had cases against him as a former prosecutor and had great respect for him even then. You are well-represented if you allow him to handle your legal concerns.