Is your home or business in Foreclosure? We can stop your foreclosure and reorganize your debt!

Buddy D. Ford, Esquire has an excellent reputation as an experienced business attorney in the state of Florida, as well as in other jurisdictions. Mr. Ford is Board Certified by the American Board of Certification. He has litigated in Federal Court in Las Vegas, Nevada; Medford, Oregon; Atlanta, Georgia; Boston, Massachusetts; Wilmington, Delaware; Lexington, Kentucky; and throughout various Federal Courts in the State of Florida. He has represented a wide array of clients from simple to complex business bankruptcy reorganizations; individual bankruptcies' representing Chapter 7, Chapter 13 and Chapter 11 Debtors and Creditors. His clients have included, debtors, creditors, committees of creditors, receivers, banks and other lending institutions and trustees.

Mr. Ford clerked for the Honorable Joe Lee, United States Bankruptcy Judge for the Eastern District of Kentucky and served as a Chapter 7 Trustee from 1987 through 1997 in the Middle District of Florida, Tampa Division. He has served as attorney for creditors' committees; served as Chapter 11 Trustee; represented Chapter 7 Trustees; and has administered thousands of bankruptcy cases during his professional career.

His Debtor representation ranges from individuals and small businesses to large corporations, including publically traded companies, hotels and motels. 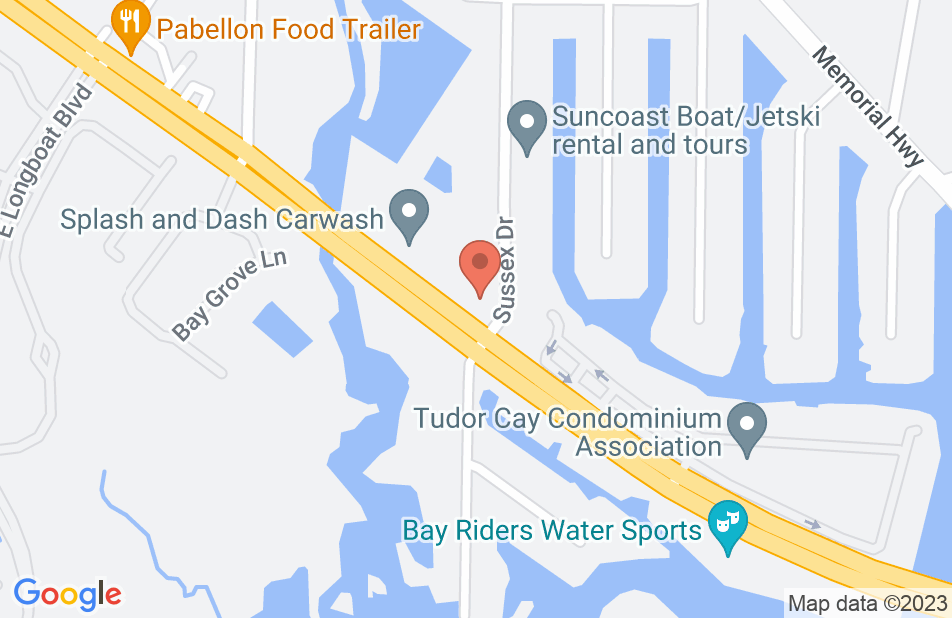 From a Ford believer

Attorney Ford was referred to me by Legal Shield, an international network of attorneys - all top rated. I had an IRS problem. To this day when I tell people about what he did for me they are amazed,,,,,as I was at the time. Still am.
This review is from a person who hired this attorney.
Hired attorney

My Case Turned out Successful with this firm

I can't thank your firm enough for your advice, assistance and sample documents. The assistance you and Mr. Semach and your staff provided me was instrumental in the successful confirmation of my first Chapter 11 case. If I can ever repay the favor please let me know.

We hired Buddy Ford Esq. Great attorney. Staff is very helpful you need a Bankruptcy lawyer buddy is the one. Lots of experience, Great Customer Service, Honest, reliable. We recommend Strongly.
This review is from a person who hired this attorney.
Hired attorney

I would like to say my experience was wonderful and the outcome of my case was as promised. The reception and receptionist was very patriotic and welcoming, it made me feel comfortable. I would highly recommend using Attorney Buddy Ford for all business bankruptcies.
This review is from a person who hired this attorney.
Hired attorney

Today is our three year anniversary of Parliament's filing Chapter 11. From "All" the employees at Parliament, we wanted to "Thank You" for rescuing us and keeping us employed. Every family that relies on Parliament to sustain itself through these economic times owes you a great deal of gratitude and we will continue to do everything possible to merit the confidence you have shown in us and make 2014 prosperous for us all. I would recommend you to anyone.

This Attorney STOPPED my Foreclosure and saved me money!!!

I met with Buddy D. Ford, PA to discuss a bankruptcy issue and the pending foreclosure of several of my rental properties in Bradenton, Florida. I had such a pleasant experience with his staff and Mr. Ford and felt comfortable retaining his office with the knowledge that he and his staff had. I am glad that I did. Through his hard work, I was able to force the banks to accept new loan terms, stop the foreclosure, and continue to operate my business. Buddy Ford was able to negotiate with my lenders and reduce each mortgage by $100,000.00 I have been working with the office on my bankruptcy case for quite some time and was thrilled with my results. Mr. Ford has been working with clients for years and come highly recommended to me and I would recommend him to anyone. I was going through a very difficult time, with the pending foreclosure on my properties, but from the minute I walked into his office, I felt very comfortable. I thank them for the dignity that they showed me. I owe a great deal to Buddy D. Ford, PA Mr. Ford and his staff handled my Chapter 11 Bankruptcy with dignity and respect. It was with his efforts that I managed to turn my business around, maintain my operations, and keep my own staff employed. Thank you Buddy!

If you're in Foreclosure call this Attorney

Buddy D. Ford, PA helped resolve all of my pending foreclosure issues with my 40+ rental properties in Bradenton, Florida, through a Chapter 11 bankruptcy. His staff was knowledgeable and courteous. They helped walk me through every step of this difficult process. Through his hard work, the banks accepted new loan terms, stop and foreclosures and I was able to continue to operate my business. Buddy Ford was able to negotiate with my lenders, I reduced my mortgages and discharged over a million dollars of dept. I have been working with the office on my bankruptcy case for quite some time and was thrilled with my results. Mr. Ford has been working with clients for years and came highly recommended to me and I would recommend him to anyone that needs competent representation in complex debt matters. I owe a great deal to Buddy D. Ford, PA Mr. Ford and his staff handled my Chapter 11 Bankruptcy with dignity and respect. It was with his efforts that I managed to turn my business around. Thank you Buddy!

Looking to lower your interest rate on your Hotel?

Buddy D. Ford, P.A. represented me in a Chapter 11 Bankruptcy, as well as a Business Chapter 11 bankruptcy on my hotel. I am extremely pleased with the results obtained. On my hotel alone, the mortgage was reset to substantially lower my monthly mortgage payment, to a 25 year mortgage with no balloon payment. The firm also filed objections to claims of certain creditors, and those claims were ultimately disallowed. I would recommend Buddy D. Ford, P.A. to anyone seeking a fresh start in their business ventures, or even personally.

A trustworthy and reliable attorney

I came across Buddy Fords practice upon a referral of a business partner. My experience with his practice was wonderful. From the front office to the paralegals, his office works fast and reliable. My phone calls were answered promptly. Buddy went to the extent of speaking to me even after office hours. Our company was a family company, and this was a very rough time for... not only us, but our long time employees. This practice made this transition so much easier than expected and I would recommend them again without question. They got the job done and delivered the results they had promised. We shopped around before deciding to go with this practice and all of the other offices over promised. Buddy Ford PA gave realistic advise and followed through every bit. Again, I would highly recommend this practice.

A Lawyer you can trust to fight for your best interests and win.

Mr. Buddy Ford has been representing my Corporation, Nature Coast Broadcasting, Inc., for almost three years. Mr. Ford stopped an illegal action from a lower court causing my FM Radio Broadcast Facility to be returned to me. Mr. Ford then negotiated a settlement for the successful sale of same. Mr. Buddy Ford and his staff are very professional, and have fought tooth and nail for me and my Corporation's interest. When the IRS made an erroneous claim, Mr. Buddy Ford fought it with great courage and determination to show the alleged claim was faulty. The claim was reduced by over $150,000.00. Mr. Ford is continuing to get another further reduction or elimination of the claim. I would highly recommend the law firm of Mr.Buddy Ford. Sabatino, President of Nature Coast Broadcasting, Inc.
See all reviews

I endorse this lawyer. Buddy is truly one of the preeminent Bankruptcy lawyers in the South. His knowledge of bankruptcy matters is without limits. He has a tireless work ethic and is dedicated to achieving great results for his clients. I highly recommend and endorse him.

Buddy Ford is an experienced Florida attorney wolkingin the Tampa area where he practices business law, bankruptcy law, real estate and foreclosuer law. The Minnick Law Firm is considering referring cases to Mr. Ford because he is good.

I endorse this lawyer for any bankruptcy matter!

I have known Buddy for over 5 years. A great bankruptcy practitioner. Very professional and knows the intricacies of the bankruptcy law. I highly reccomend.

I tried a bankruptcy adversary proceeding against Buddy Ford. Buddy proved to be an ethical and capable adversarywho represented his position with dignity and respect for the process.

Buddy is a highly regarded bankruptcy lawyer who care about his clients. I endorse this lawyer.

I endorse this lawyer. Buddy For has been serving the community for many years and has proven time and time again that he is a staunch advocate for his clients.

I endorse this lawyer. Because of his experience, he can "cut to the chase" and resolve issues very efficiently. His associates and staff are top notch as well. I have recommended him many times. Herb Donica