Miguel A. Amador passionately and effectively defended indivduals and major corporations in hundreds of civil and criminal cases from the inception of the case through trial. He began his legal career at the Miami Dade Office of the Public Defender and gained tremendous trial experience in the courtroom representing his clients effectively and professionally.

Mr. Amador practiced law in the civil arena working for a well-known Statewide Civil Defense Firm representing major corporations and insured parties in various capacities. Most recently, he worked on behalf of injured parties on the Plaintiff side before establishing his law firm.

Mr. Amador attended Florida State University and graduated with a Bachelor’s degree in Studio Arts. He was on the Dean’s List and was a member of the National Hispanic Honor Society. After graduation, Mr. Amador was represented by an art gallery in Florida and worked as a professional artist for several years.

Wanting to broaden his horizons, Mr. Amador attended St. Thomas University School of Law. He received numerous scholarships and honors including the Book Award (top student) in Family Law and Corporations. He won Best Brief in the St. Thomas University Moot Court Intramural Competition and was on the Dean’s List. He was an intern to the Honorable Julio Jimenez of the Eleventh Judicial Circuit Court of Florida, Criminal Division, a research assistant to Professor Beverly Horsburgh and an Active Learning Instructor, tutoring law students in the areas of United States Constitutional Law and Criminal Law. Mr. Amador was elected to the executive board of the St. Thomas University Moot Court Honor Society, and was a member of the St. Thomas Mock Trial Team, Phi Alpha Delta Law Fraternity International and The Honorable Peter T. Fay Inns of Court. 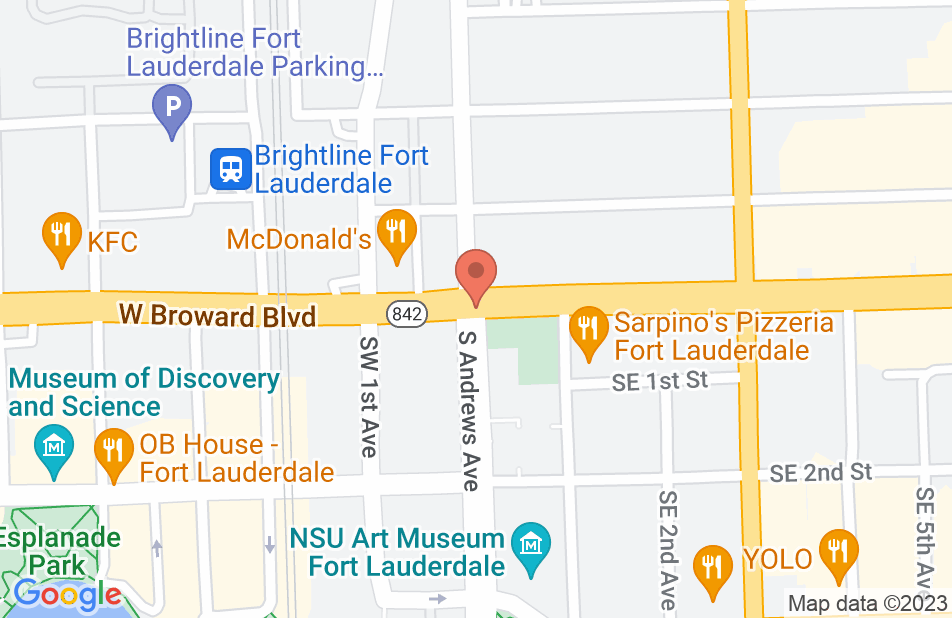 Miguel was very helpful from the start with all three of my cases. His professionalism was on point. He was always in contact and had excellent advise to give me. Very friendly, honest and understanding of my situation. I can't thank him enough for everything he did for me.
This review is from a person who hired this attorney.
Hired attorney

Miguel went above and beyond in his vigorous defense of my case. He kept in constant contact with me with regards to any and all developments in my case. I would highly recommend his practice to anyone seeking legal advice or counsel. Thank you Miguel for all of your time and attention. While I hope not to need your representation in the future, it's good to know you're only a phone call away.
See all reviews

Mr. Amador is an excellent personal injury attorney. He has the knowledge and experience required to win cases. I endorse this lawyer.

I endorse this lawyer. Miguel has an excellent reputation in the legal community.

I strongly endorse Miguel. Highly respected in the legal community with an outstanding reputation for client advocacy and dedication.

I have known Mr. Amador for 10 years. He is an exceptional attorney, personable, with a high degree of empathy. I had the opportunity to work with Mr. Amador while he was a public defender. He zealously advocates for his clients. If you or your loved ones have any criminal or civil matter you will be in good hands.

John Ralls, Oil and gas Attorney on Jul 22, 2014
Relationship: Other

Attorney Amador spends a lot of time responding to questions posted on this website with informative and considerate answers which reflect a high degree of knowledge and expertise in personal injury and other related issues. He shows compassion and a willingness to help clients during difficult times. I endorse this lawyer.

Lawyers who serve the avvo community as much as Mr. Amador are few and far between. It takes passion, concern and dedication to devote so much time. You have my endorsement and kudos.

Miguel is a very experienced and successful trial lawyer. I highly recommend him for Criminal Defense and Plaintiff Personal Injury work.

I have known Miguel Amador since law school. As a student he took school very seriously. As a lawyer, I have seen him in court many times vigorously fighting for his clients with all of his heart. He is always prepared and willingly to fight for his clients. He is very knowledgeable and trust worthy. I fully endorse Miguel and would trust him with my life.

I have worked with Miguel for years and his attention to detail and devotion to his clients continues to amaze me. I recommend Miguel without hesitation.

I endorse this lawyer. I have worked with and for Miguel on numerous matters, and he is an excellent litigator who is incredibly dedicated to his clients.