Jeffrey R. Garvin is a Board Certified Civil Trial Lawyer who has litigated catastrophic injury and death cases throughout the country for over 30 years. During that time period he has tried before juries: cases involving aviation, automobile and boat accidents, medical and legal malpractice and defective products and has achieved multiple verdicts in excess of $1 Million. Mr. Garvin has been a member of the Million Dollar Advocates Forum® since 2004.

Beginning in law school Mr. Garvin demonstrated excellence in advocacy by receiving the Best Trial Lawyer Award. That tradition has continued throughout his career and in 2005 he was selected by his peers for inclusion in The Best Lawyers in America ® in which he has been listed in each successive year. He is also listed in Law and Leading Attorneys and selected for inclusion in Florida Super Lawyers ® continuously since 2006. Additionally, Mr. Garvin has achieved an AV® peer review rating from the Martindale-Hubbell group; this is their highest possible rating.

A 1973 graduate of the University of Florida, College of Law, Mr. Garvin is licensed to practice law in Florida, and North Carolina, and has been admitted to numerous Federal Courts and various state courts throughout the country.

Mr. Garvin has been a pilot since 1975 and holds both single engine, multi-engine, and instrument ratings and his hobbies include flying, fishing and skiing. He has been married to his wife, Susan since 1975 and they have two children, Leland with whom he practices law and Daryl who teaches school in Fort Myers. 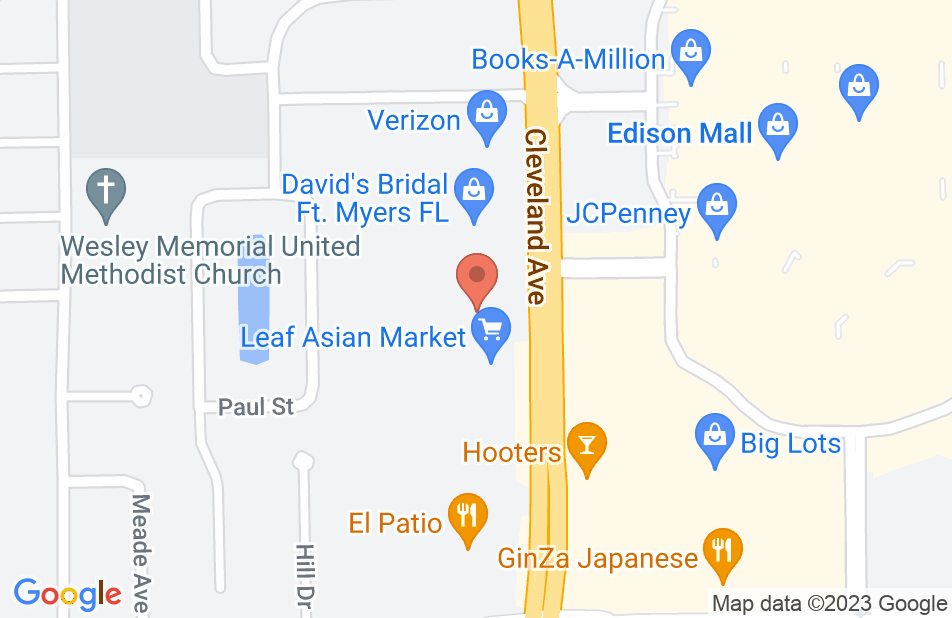 I am an attorney who has been in practice in Florida for 52 years including being a senior partner in a 70 attorney law firm as well as becoming a private mediator after my retirement from the firm. I always wondered who I would retain if I ever needed an attorney. Almost two years ago, my wife was seriously injured in an automobile accident. My choice was easy, I retained Jeff Garvin. I had known Jeff personally for many decades and had complete confidence in his abilities and trust in his professionalism. Jeff skillfully negotiated a very favorable settlement for my wife. I know that his reputation as a skilled trial lawyer made a big difference in securing top dollar for our case. I've always thought that the most difficult client a lawyer can have is another lawyer. Jeff has demonstrated great patience in dealing with me throughout and gave me good advice all the way. If you need a lawyer in a serious personal injury case or any complicated type of civil litigation, Jeff Garvin is your man. I give him my highest recommendation. Al Frierson
This review is from a person who hired this attorney.
Hired attorney

Mr. Garvin handled my complex personal injury case and obtained a very good result. He has a strong knowledge of the law and the practical aspects of this type of litigation. I highly recommend him.

Jeff Garvin went above and beyond to ensure that my case was given the validation and attention it deserved. In a not so ideal situation, he made every effort to make sure the outcome was favorable. I would reccomend his lawfirm to anyone needing legal advice.

Jeffrey Garvin Is An Exemplary Attorney Who I Highly Recommend!

Jeff Garvin is an amazing attorney; a lawyer of highest integerity, great experience, tremendous talent, and mighty work ethic. He was very positively interactive with my wife and me throughout our case. We really like and appreciate him, both personally, and professionally. I had tongue cancer which was misdiagnosed, for several months, by my first ENT. The ENT reassured me repeatedly that since I was suffering from severe pain (tongue, ear, and throat) that I didn't have cancer, and I believed him--he was the "specialist." I was shocked, beyond belief, to find out from another ENT, to whom I went for a second opinion, that I, in fact, had a five centimeter milignant tumor growing in the base of my tongue! By the time that I was diagnosed, my cancer was at stage four; not good. The surgery that I had resulted in the removal of a significant portion of my tongue, and then I had radiation treatment, the combination of which has left me significantly speech impaired, and unable to swallow. The speech impairment is a a cruel joke since I am a licensed clinical social worker who used to have a private practice doing individual and family therapy. I believed that if my cancer had been diagnosed when I first sought treatment from the first ENT, that the portion of my tongue which was removed would have been much smaller, and I wouldn't have had to have as much radiation treatment. When I contacted Jeff and we discussed my situation, he was open and honest with me about his experience in handling cases like mine, and our chances of winning a favorable verdict. I was impressed with his candidness, as well as his knowledge, regarding the medical information, and diagnostic process related to my medical condition. He clearly explained what the litigation process would be like, and that it would take time. Jeff, early on, asked to bring on as co-counsel, Wilton Strickland, with whom Jeff had successfuly worked with in the past. We readily agreed to add him to the team (at no aditional cost to us, I believe is important to add). To make a long story short, they worked very long and hard to build a very solid case, which with their impressive trial presentation, over a period of two weeks, had the happy result of our prevailing with the jury deciding in our favor. This outcome is all the more impressive in that they were up against a team of three very tough defense attorneys. It took approximately 7 years from beginning to end, largely due to the stalling tactics employed by the defense, including their appeal, which they also lost. Words cannot adequately express the depth of my, and my wife's heartfelt appreciation for the tremendous effort that Jeff, and Wil put into our case; they really brought on their "A" game! Thanks to the substantial monetary award that Jeff and Wil won for us, we are financially secure, and don't have to worry about whether or not we will be able to make ends meet, which was a serious future concern for us; there's not much of a market for speech impaired therapists. Not a day goes by that I don't think fondly and appreciatively about Jeff, and Wil, as I am ever so mindful, and thankful for the good fortune, and security which they have, through their extraordinary talent, skill, and hard work, provided for me, and more importantly, my family.

Lakota Denton, Personal injury Attorney on May 22, 2014
Relationship: Other

I endorse Jeff Garvin and highly recommend him in the field of personal injury. We were on opposing sides on a case several years ago. He provided zealous representation for his client and was a professional from start to finish.

I endorse Jeff Garvin as an excellent lawyer in medical malpractice and any personal injury case. Jeff is a true professional with a reputation for being a zealous advocate on behalf of his clients.

I endorse Attorney Garvin. From his credentials Avvo, it is clear he is dedicated to serving those in need and his clients. It's rare that lawyers spend so much valuable time helping the community and striving for more and I applaud him for doing it to such a great level. Kudos.

I endorse Jeff Garven. I have had the opportunity to review several of Mr. Garven's answers to questions posed on AVVO. His insight and knowledge of the law is apparent in each response he has shared with the AVVO community. If you are in need of a skilled accident attorney, who understands injury law, I recommend that you contact Mr. Garven.

I endorse this lawyer. I have known Jeff for over 35 years and have always admired his commitment to his profession. He handles his cases with precision and gives each client his very best. Just look at his results!

I endorse this lawyer's work. Jeff is a legendary attorney in his field. He has worked his whole career advocating for his clients. His ability to deal with complex issues is only paralelled by his ethical standards. I would highly recomend him as a trial attonrey!