Already in his young career, Brett Trembly (J.D. ’08) has built an impressive litigation portfolio, including conducting trials in both Florida State Courts and the U.S. Federal Court for the Southern District of Florida as well as successfully litigating as lead counsel against a fortune 100 company in Federal Court.

Trembly received his Juris Doctorate degree from the University of Miami School of Law where he was active in the law school’s Mock Trial team. He also served on the Student Bar Association and was Chair of the Law Dean’s Cup Competition. As a result of Trembly’s well-rounded efforts, he received the University of Miami’s School of Law’s Dean of Students’ Leadership Award.

Trembly is a member and President-Elect of the Rotary Club of South Miami, is a Paul Harris Fellow, Vice-President of BNI Superior, and a volunteer for the University of Miami Mock Trial team. The Trembly Law Firm specializes in commercial and civil litigation disputes. Contact the Trembly Law Firm for a free consultation regarding your legal rights today. 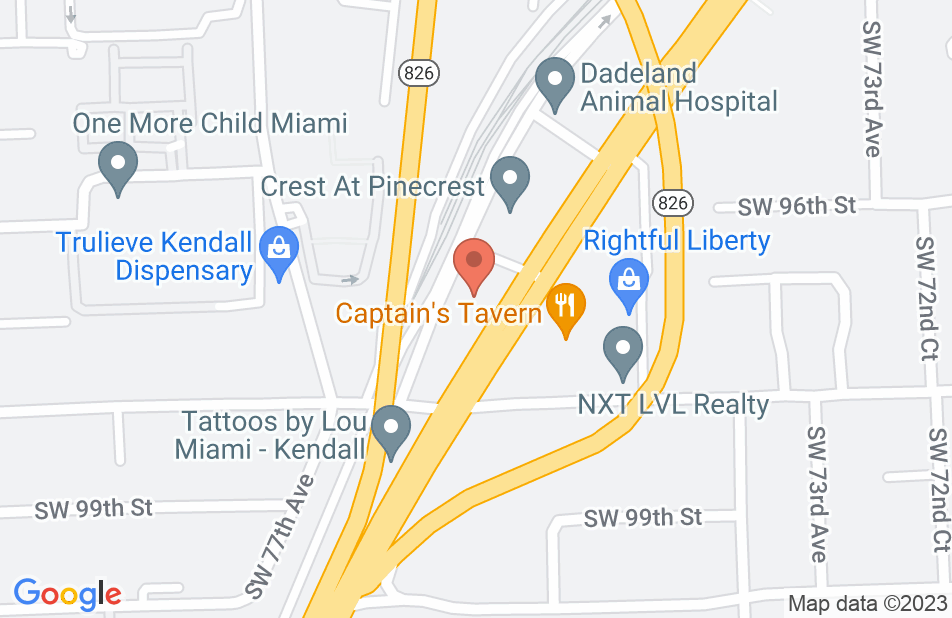 Bretts' ethics and knowledge are his key elements

Brett and his firm helped me letigate a lengthy contract disputes for which I am very pleased with results. Brett's high ethics and legal knowledge was very helpful. Would highly recommend to anyone seeking legal council.
This review is from a person who hired this attorney.
Hired attorney

After a consultation, a was given detailed explanation of services and fees. I hired the firm and received excellent service in the way of call backs, updated and final favorable resolution. Would recommend them anytime.
This review is from a person who hired this attorney.
Hired attorney

Representation at it's Best!!!

I hired the Trembly Law Firm back in February of this year. It was an immediate attraction to their professionalism, experience, and expertise in the field I needed representation. All information pertaining to the case was communicated efficiently, Brett Trembly was very clear and educated us on all aspects of the case. The case took five months with a 100% attentiveness to any and all questions and concerns I had. My e-mails were answered within hours and any worries were addressed right away putting me and my family at ease. There was nothing left misinterpreted, all legal terminology was explained and clarified so that we felt knowledgeable to make any decisions or ask further questions. After winning the case, Mr Trembly continued to assist us and stated that he would be more than happy to answer any future questions concerning our case. Thank you again Mr Trembly!!

Anyone who owns a business or is thinking about owning a business should hire Brett Trembly at Trembly Law Firm. I wish we had him representing us from the very beginning. I do not recommend anyone doing business without an attorney, and he's the attorney you want on your side. He helped me out with a business matter that I was dealing with for over two years and he was able to resolve it within three weeks. He is professional and dependable and will always communicate with you about what is going on with your situation. He always gave us other options and other avenues to think about because he was always looking out for our best interest. I recommend The Trembly Law Firm for any of your business needs!

Our litigation case was very difficult but Mr. Brett Trembly with his professionalism and knowledge of law won the case with ease. Mr. Trembly took the time to listen to our concerns and guided us. It is very hard to find a lawyer like Mr. Trembly this days and we highly recommend him.

Brett represented me during my Divorce process. He made what is typically a very difficult process, easy. He also gave my case all the attention that was needed and deserved, which was very helpful. He always included me and kept me up to date with what was going. Thank you Brett for all your hard work.

Knowkedgable, ethic, & workaholic is all you'll find in Brett.

Brett is quite the attorney. I met him a few years ago as he came recommended and we used him for a corporate case against a Fortune 100. You'll find in him a truly honest and rare breed whom will look any day into giving the best & most efficient advise while ensuring you don't feel like you are just one more customer. Doesn't shy away from aggressive opposite side attorneys and all around, you'll really find a partner more than an attorney in him. Very fair on the billing side.

I've worked with many attorneys in the past and Brett Trembly is an excellent Attorney. He is thorough, patient, accessible and fair and I was extremely happy with the work he did for me.

Very informative and knowledgable. Informs of all avenues and keeps you updated with statuses of case. I felt extremely comfortable and confident. Highly recommend.

Brett is an excellent attorney with an outstanding reputation in the community. He cares deeply about his clients and always goes the extra mile.

Brett and his team have extensive experience and have done a spectacular job representing their clients. I recommend him without hesitation and believe that every business owner in South Florida needs him by their side.

Brett is a lawyer who I feel confident referring to any of my most trusted friend and family. He runs his business in a way that each of his clients gets personalized service no matter how big or small there case may be.

Brett is an excellent litigator with a wealth of legal knowledge. I endorse this lawyer.

Brett is an experienced and knowledgable attorney who provides effective legal representation to his clients. I highly recommend and endorse him to anyone seeking a skilled business litigation attorney!

I endorse this lawyer. Brett is on the cutting edge of melding commercial and litigation practices. He is a very savvy businessman who I look to for how to run a 21st century law practice.

Mr. Trembly is a great business and litigation attorney who is prepared to keep his clients out of court but is able to fight for them in court. He has a great staff and is able to quickly jump in to resolve business disputes before they escalate. I highly endorse this lawyer.

I have been privileged to have observed Mr. Trembly and observe the quality of his contributions to those of us who have a passion for litigation. He has a strong work ethic and puts the client's needs above anything else. A great attorney all around who has secured great results for his clients.

I endorse this lawyer. He has been a great colleague and one of the most accessible attorneys around.

I endorse this lawyer. Very nice and reliable attorney. His practice is ran as a business and he speaks the same language of businesses and business owners.

A very talented and passionate professional. Brett has expansive knowledge of business law and litigation. I endorse this lawyer.

I endorse this lawyer. Brett Trembly is known in South Florida as a professional, talented, and highly knowledgeable Business Attorney.

Brett is a well respected attorney who is proficient at his craft. I endorse this lawyer.

I highly endorse this Brett Trembly. He is a very respected, skilled and well known attorney in the community.

I see Brett every week. He has given presentations on the law that are informative and interesting. Several of his clients have praised him for his legal skills. Brett does high quality work at reasonable rates guiding his clients with experience and wisdom. You can count on Brett.

Brett is a consummate professional and one of the most experienced litigators I have ever come in contact with. He is energetic, inquisitive and a shark in the courtroom. Brett has a finesse about him that consistently yields impressive results at the settlement table and I would not (and do not) hesitate to recommend him for any litigation needs.

I've know Brett for a number of years. He's a talented attorney who maintains a high level of professionalism both with clients and colleagues.