Mr. Symphorien-Saavedra has provided commentary on WVENTV—Univision, Unimas, and other local news media outlets.  He has been a guest speaker on a number of immigration related topics, ranging from immigration reform, to state immigration statutes, among others.

Mr. Symphorien-Saavedra attended West Orange High School in Winter Garden where he participated in the law magnet program and won a mock appellate brief competition.  His promising young career was evident when he also presented mock oral arguments on his written brief before the Florida Supreme Court.

Fighting to limit delays for his clients, Mr. Symphorien-Saavedra frequently litigates cases in Federal Courts throughout Florida.  Through his efforts, clients may gain a court order requiring that their case be processed at a reasonable pace.  Additionally, Mr. Symphorien-Saavedra challenges legal errors by often filing appeals and petitions for review before the Board of Immigration Appeals and the United States Circuit Courts of Appeals.

Mr. Symphorien-Saavedra is married with two children.  He frequently enjoys cycling sports on various trails with his family.

Mr. Symphorien-Saavedra meets with clients regularly for personal consultations. He would be honored to assist you in achieving your immigration goals. 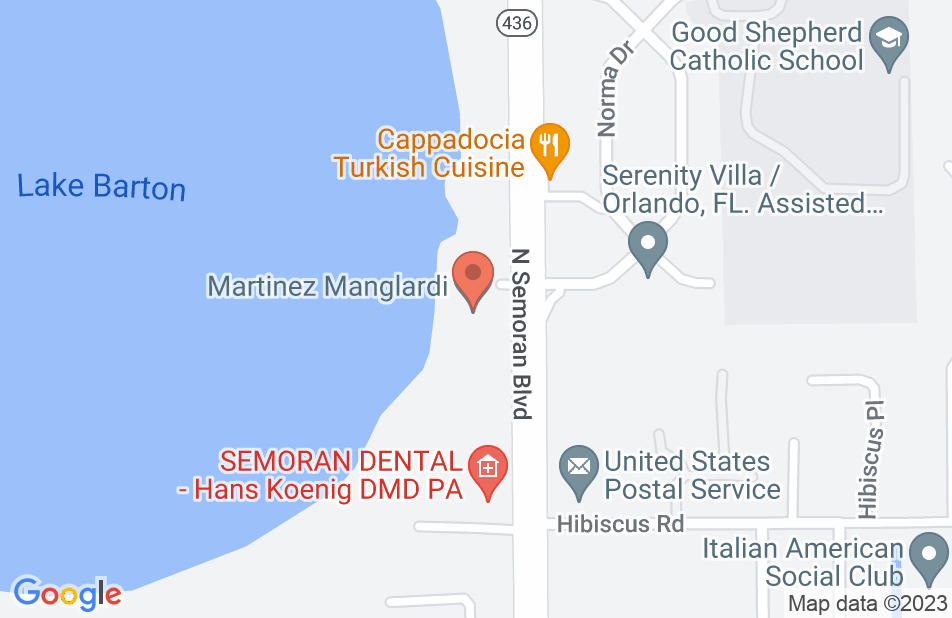 I will definitely recommend Atty. Symphorien to other people seeking legal help regarding immigration issues. He is very knowledgeable and worked hard to get results. Overall we are very satisfied with the efforts he made to get the job done.

I contacted NeJame Law few years ago looking for advice on a very complicated Asylum case.. Frank was pointed out to do my consultation.. Right from the beginning Frank engaged with my situation and was prompt to find a way to help, my case is a very particular immigration case on a verge of deportation.. Frank didn't give up and found a way to stop my deportation, my case still far from being resolve due to our broken immigration system although I feel confident by having Frank as my attorney. Frank is not only an amazing counselor, he is very knowledgeable and honest, he's work ethic is impeccable and he will NEVER give up on you.. Frank saved my life and I am forever grateful for that..
See all reviews

Attorney Symphorien and I have co-counseled on litigation of immigration matters in federal court. His expertise in litigation provided the winning edge for our clients. Frank is truly one of the most knowledgeable and competent immigration attorneys not only in Orlando, but in the entire state.

Mr. Symphorien's authority in immigration law is unquestioned in the legal community. You would do no better than to look to him for any immigration issues.

I endorse this lawyer. As one of the youngest board certified immigration lawyers, he is aggressive, as well as talented and experienced. If you are in need of an outstanding lawyer in a difficult immigration matter, I strongly recommend Mr. Symphorien-Saavedra.

Frank is a dedicated attorney to his clients. He works hard to address the needs of each party he represents. His knowledge of Immigration Law is supported by the fact that he has attained board certification in the State of Florida at an early point in his career. I strongly endorse this lawyer.

Frank does a great job for his clients. He works incredibly hard for their interests and successfully navigates them through very complex situations.

I strongly endorse Francisco. Highly respected in the legal community with an outstanding reputation for client advocacy and dedication.

I've known Frank for some time and see him both at Immigration Court and USCIS frequently. I consistently feel that his clients are in good hands as he is always well prepared and extremely knowledgeable. I found out today that he has been board certified for immigration and I do believe he is truly deserving of this honor. I endorse him fully and without reservation. He is an excellent immigration lawyer.

Extremely knowledgeable and highly respected in the legal community.

I endorse this lawyer. Frank is a top-notch attorney. We've worked together on both criminal and immigration matters. Frank is very compassionate and caring with his clients. I have also seen him obtain amazing results for his/our mutual clients. I wouldn't have any doubts about hiring Frank for any immigration related legal issues.

I have the pleasure of working with Frank at NeJame Law. Frank has extensive knowledge and experience in immigration law; this experience is one of the reasons for NeJame Law's success in this area of practice. I highly recommend Frank as an attorney for anyone who may have an immigration case, or a case that has immigration concerns...

Francisco (Frank) Fraerly is a fantastic immigration attorney who any client in need of immigration assistance would be fortunate to have. Frank is an extremely knowledgeable and strong advocate in all areas of immigration law. I have repeatedly witnessed him achieve tremendous outcomes on behalf of his clients, oftentimes when clients seemed to have had almost no chance of prevailing before they retained him. He seems to have an uncanny ability to know how to approach a situation, whether seeking a favorable resolution from a practical and pragmatic analysis or having to find a creative solution to some of the most challenging cases. Any immigration client of Frank's will indeed be in good, capable and caring hands.

I endorse this lawyer. Attorney Symphorien-Saavedra takes his client concerns seriously and works zealously to represent them. Moreover, he is a knowledgeable advocate for any client to have on their side.

Frank is an extremely bright and hard working attorney who is passionate about his clients. He is a zealous advocate that seeks creative solutions where none seem to be found. He is well respected in the legal community and I gladly endorse Frank.

Francisco is an excellent advocate for his immigration clients. I have seen with my own eyes the representation his clients receive. I would recommend him to anyone seeking a consultation for an immigration related matter in the Central Florida area.

I have had the pleasure of working with Frank on several matters. He has a great legal mind and is able to communicate and explain complex matters to clients in a clear and understandable way. Frank's ability to spot issues and develops legal strategies is among the best.