Paul T. Zeniewicz, Esquire has been zealously advocating on behalf of small businesses, injured persons, and homeowners for his entire legal career. Mr. Zeniewicz has a wide range of experience in litigating insurance claims on behalf of injured parties. Mr. Zeniewicz has handled thousands of insurance claims from cradle to grave (ranging pre-suit mediation, to trial, and through appeal).

Mr. Zeniewicz has gained a reputation as a trailblazing attorney, who passionately represents his clients. Mr. Zeniewicz has had his opinions and commentaries featured in various print and radio publications, including the Orlando Sentinel, the Tampa Tribune, IAQ Radio (Indoor Air Quality Radio) and the Restoration Industry Association Magazine. In 2016 and 2017, Mr. Zeniewicz was recognized as a Super Lawyer – Rising Star, an honor limited to less than 2.5% of attorneys practicing in Florida.

In his free time, Mr. Zeniewicz is a die-hard Detroit sports fan. Over the years, Mr. Zeniewicz has volunteered extensively with Orange County Public Schools, the Special Olympics, Junior Achievement, and as a volunteer attorney for Guardian Ad Litem program. Feel free to contact Mr. Zeniewicz directly at [email protected] with any questions. 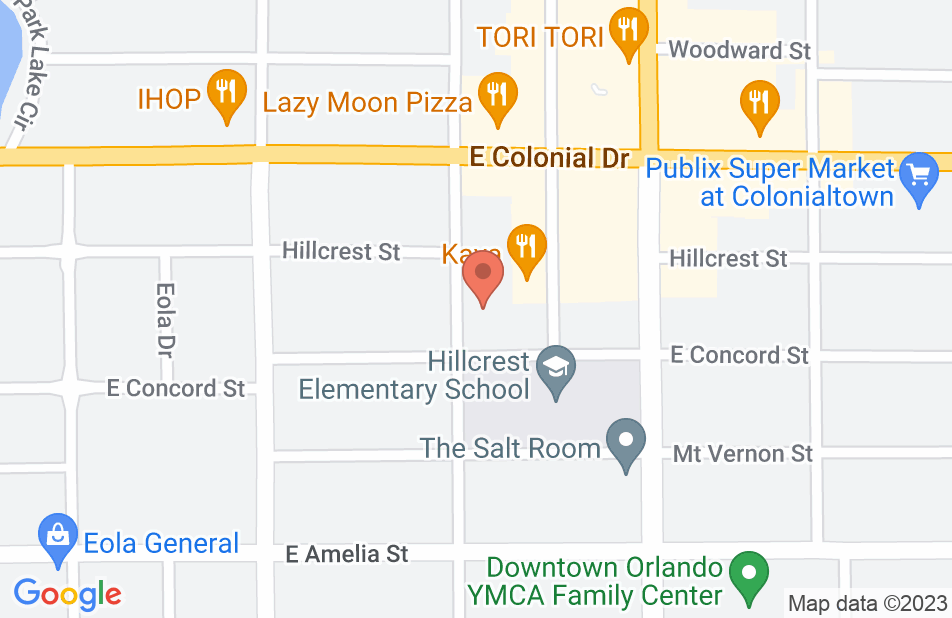 Paul and staff saved the day!

After going back and forth with my homeowners insurance company for about a year, I was referred to Mr. Zeniewicz. The referral came from three separate attorneys not associated with PZ Law Firm. They knew Paul's reputation of diligently pursuing his clients interests and continuously moving forward against sometimes very difficult circumstances. I could not have received better treatment from anyone. Paul and staff were always available for my concerns and questions. The outcome in my case took a little time to resolve, but was favorable in the end. Thanks Paul, Ashley and staff for coming to my rescue and saving the day!
This review is from a person who hired this attorney.
Hired attorney
Paul Zeniewicz's response: Thanks so much for your kind words, Ken! We enjoyed representing you and your family. I'm so glad that we could help you reach positive outcome!

Paul and his staff were amazing from day one. Under the stress of losing my home from Hurricane Michael and receiving the biggest joke of a settlement from my insurance company, Paul was able to right the wrong! Paul and Ashley are wonderful with communication. Whether it was calls, texts, or emails, they were always willing to take the time to explain each step of the process. I'm thoroughly pleased with the outcome of my case and will use/recommend this firm to any and all who need the help.
This review is from a person who hired this attorney.
Hired attorney
Paul Zeniewicz's response: Thanks, Heather! We enjoyed helping you. Please let us know if you have any questions in the future.
See all reviews

Paul is an incredibly knowledgeable attorney in the area of insurance. He is patient and able to explain complex legal questions with ease. One of the best in the State of Florida.

I have known Paul for several years now and we have worked together on many insurance related matters. He is hard-working and will absolutely work tirelessly to get you the benefits you need. I endorse Paul without hesitation.

Attorney Paul Zeniewicz is an excellent attorney. He is passionate, aggressive and knows how to get the best results for his clients. He thinks outside of the box and is well respected among his peers. I strongly endorse Paul and would not hesitate to refer my family and friends to him.

I endorse this lawyer. Paul is a hard worker, has a vast knowledge of the law, and is very professional while still personable with his clients. Paul is a great peer to have in the law community, and I know that when I refer clients to him that they are in good hands.

Perry Cameron, Car accident Attorney on May 27, 2015
Relationship: Other

I am blessed with the privilege of working with Paul. His office is next to mine, and I can tell you this - his clients love him. Paul is the epitome of success, and I thank him for the knowledge that he has, and continues to share with me. The high level of care for his clients, cases, and colleagues, combined with his passion and knowledge of the law make Paul an excellent attorney, and a great friend - and I fully endorse Paul as both.

Paul is an excellent litigator, and an even better person. I've had the privilege of working with him as both a student and attorney. There is no one who prepares more than Paul. I fully endorse this plaintiff's attorney.

I worked with Mr. Zeniewicz for over a year and can attest to his zealous work ethic and dedication to his clients. He is a true advocate who believes in his clients and works tirelessly to get them the insurance benefits they deserve.

endorse this lawyer with no reservation. An extremely talented and well respected attorney in the legal community. Very hardworking and diligent. Consistently achieves superior results. Advice is always practical and on point. I recommend to anyone looking for an attorney who knows the law and truly cares about protecting the rights of clients and achieving the most favorable result possible.

I endorse this lawyer wholeheartedly. I have seen his skills first hand and can attest that he has a passion for justice and serving his clients.

Paul Zeniewicz is a professional, reliable, and hard working attorney. Without hesitation, I recommend Paul for all your Insurance Law needs.

Hire him. Even if it costs you more than the other guy. Paul is worth every penny and more. You will never regret hiring him as your attorney.

Paul is a first class lawyer with a keen intellect and extraordinary skill and talent. He stands on the cutting edge of litigation in his field, with unmatched courage, ambition and dedication to his craft. Paul’s relentless work ethic and commitment to his clients are fueled by his passion for justice and obtaining outstanding results. I absolutely endorse attorney Paul Zeniewicz.