Cynthia Conlin is a Florida attorney who focuses on general civil litigation, including consumer law, employment law, contract disputes, and more, in both federal and state courts. She has worked on a wide array of cases on both the plaintiffs' and defendants' sides, from simpler matters to complex class actions.

Attorney Conlin is an accomplished writer, editor, and researcher.  Prior to entering law school, she honed her skills in the field of journalism by obtaining a bachelor's degree in journalism at the University of Central Florida, Orlando, and by writing for such publications as the Orlando Sentinel and the Orlando Weekly.

Attorney Conlin is a 2007 graduate of Florida A&M University College of Law, Orlando, Florida, where she served as the Law Review submissions chair and Student Bar Association class representative.  In 2007, she won first prize in an ASCAP-sponsored contest for her legal paper, “The Online Copyright Liability Limitation Act and Copyright Protection in the New YouTube World.”

After law school, Attorney Conlin practiced civil litigation for a small-to-mid-size firm in Orlando, where she worked on a wide variety of cases in federal and state courts, including landlord-tenant matters, employment law, commercial law,  and consumer protection cases, and complex class actions.  In August 2010, committed to serving clients on a more personal and direct level, Attorney Conlin opened up her own practice.

When she is not practicing law, Attorney Conlin enjoys film, cycling, new technology, travel, and spending time with friends.  As she is married to an Irishman, she especially enjoys Irish culture and traveling to Ireland. 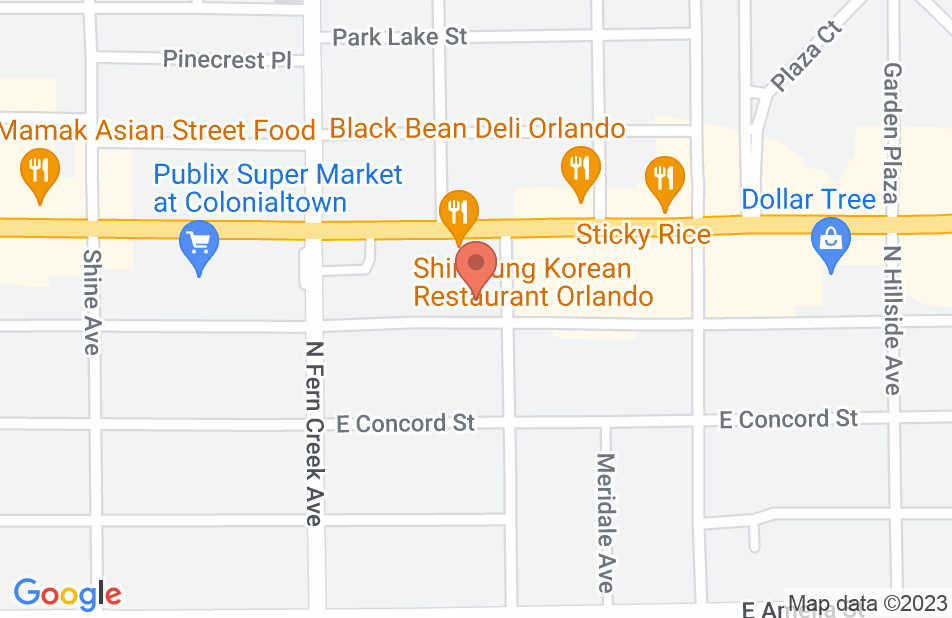 I was very scared when I received the notice from my ISP, being this was the first time I had to face a lawsuit. After speaking with Attorney Conlin, she told me, with her experience in these Strike 3 cases, she's there to help get me the best possible outcome, and that help eased my mind.
This review is from a person who hired this attorney.
Hired attorney

She's an excellent attorney Plaintiffs love her Defendants? not so much Guaranteed that anyone giving her less than 5 stars is a Loser/Plaintiff that deserved to be sued. And she creamed them Need competent legal help? Cynthia Conlin. People that owe me money hate her.
This review is from a person who hired this attorney.
Hired attorney

Cynthia Conlin is an excellent attorney, she won our case for us even though my husband and I had both signed the contract. She found many erroneous facts in contract and won our case for us. We are relieved from this stressful situation. I would highly recommend Att. Conlin.
This review is from a person who hired this attorney.
Hired attorney

Cynthia was my savior. I hired two other attorneys who accomplished absolutely nothing for me. Both of which wanted me to settle. These attorneys didn't listen to me. Cynthia on the other hand was the complete opposite. She listened to me and together we came up with a winning strategy. She went to work diligently finding case law that applied to our defense. Cynthia doesn't just go through the motions like other attorneys... Cynthia went to the hearing totally prepared and did an unbelievable job at disarming the opposing attorney. In fact, the other attorney looked foolish at the hearing. Keep in mind that my company is a small FL company.. that went up against a billion dollar California company and their big attorneys. These attorneys bullied me and other attorneys I hired... let them do it.. Cynthia went undaunted by their tactics... My company was the defendant... and Cynthia represented me. She was successful in getting my case dismissed without prejudice! WOW... she is really good... that is all I can say!
This review is from a person who hired this attorney.
Hired attorney

I needed legal advice after I had been dissatisfied for a court's ruling. I have called about a dozen attorneys, none of whom woukd ever even call back. I had given up on getting any answers!! I just could not let go of the fact that I had not been treated fairly. Ms. Conlin listened to what happened and made suggestions as to what courses of action were available to me.
This review is from a potential client who consulted with this attorney.
Consulted attorney

Attorney Cynthia Conlin was an amazing help. Thanks to her my case is closed, and now I am stress free with a great feeling of peace of mind. She was professional, efficient, kind and dedicated since day one. Thank you so much :) !!!!
This review is from a person who hired this attorney.
Hired attorney

Cynthia and her staff were exceedingly competent, responsive and empathetic. I'm glad that I had her on my side to defend me. You can hire Cynthia with confidence.
This review is from a person who hired this attorney.
Hired attorney

Cynthia Conlin and her assistant Jeff Vizcaino were great to work with. Whenever I had a question I received a quick and thorough reply. If I need legal advice or more in the future I would use Cynthia again.
This review is from a person who hired this attorney.
Hired attorney

Attn. Conlin is very knowledgeable in her expertise and very honest even if it cost her business, she does not chase the dollars she lets you know the truth and the facts so you can make an intelligent and informed decision whether to proceed with your case or not. Some attorneys just want to get a large retainer and send you spiraling into a black hole of debt. I am most appreciative that Attn. Conlin is not like this. If you need someone that has a wealth of knowledge in her specific fields and is a straight shooter I would not hesitate for a second to recommend her, and I mean full throat from the heart recommend and I do not do that for many people.
This review is from a potential client who consulted with this attorney.
Consulted attorney
Cynthia Conlin's response: Gosh, Ken, that's so nice of you to write! Thank you so much for your kind words.

I had initially reached out to four different law firms about my case on a Sunday. Cynthia was the only one who took the time to actually give me a lengthy response about the case as well as address all my concerns and fears that same day. I'm glad I did, as all it took was one motion to get the opposing party to dismiss the case.
See all reviews

I endorse this lawyer. I know from experience she is a hard-working attorney who will fight unceasingly for her clients.

Incredible attorney who cares for her clients and works tirelessly to address their needs.

Cynthia is a very knowledgeable, intelligent attorney. She is always well prepared, and truly cares for her clients. Cynthia is a great attorney.

This lawyer is an outstanding attorney. I endorse this lawyer.

I have known Cynthia since 2008 and have found her to be hard working and dedicated to her clients. She is very knowledgeable in her practice areas.

This lawyer is an outstanding attorney and I highly recommend his legal services. I endorse this lawyer.

Mrs. Conlin is professional and tenacious, always giving her clients 100% of her ability and attention. I recommend Cynthia for any matter she may chose to take on.

I endorse this lawyer. Ms. Conlin is a great advocate for her clients and does everything possible to obtain a favorable result on their behalf.

Cynthia Ariel Conlin is an experienced attorney whose participation and comments in Avvo show her commitment to serving clients very, very well. She is an excellent attorney that I recommend wholeheartedly.

I endorse this lawyer. I have know Cynthia for several years and I believe she is a great advocate for her clients.

By reading Cynthia's answers to posted questions it is clear to me that she is a zealous and thoughtful lawyer who will provide excellent counsel to her clients.

Attorney Conlin is a zealous adovcate for her clients as she provides caring, competent, and candid legal advice. I am proud to endorse her as a fellow Florida attorney.

I endorse this lawyer. With Cynthia, you're getting an attentive lawyer who will work diligently to resolve your legal issues. She is intelligent and experienced.

Cynthia is an experienced attorney in Central Florida. She is well know in the community and demonstrates a genuine concern for his clients. I endorse this lawyer.

Ms. Conlin is the consummate professional. Always, going the extra mile to obtain the best results for her clients. She treats her clients with respect, dignity, while agressively pursuing their legal rights.

For the past year I have had the distinct privilige of working with and learning from Attorney Conlin. She possesses an amazing work ethic and often goes above and beyond the call of duty to ensure her clients receive the attention their case deserves. She is extremely knowledgeable in her areas of practice and she dedicates a considerable amount of time to staying abreast of the latest legal developments. Attorney Conlin's previous work experience as a journalist have sharply honed her research and writing skills enabling her to draft amazingly compelling and convicing arguments for her clients. She is a highly dependable and capable lawyer and I would not hesitate to refer clients to her as I know they will be treated with the utmost care.