Don Harvey was born in Philadelphia, Pennsylvania. He attended high school in Winter Park at Trinity Preparatory School. After graduating, he earned his Bachelor of Arts degree in Economics with a double minor in Russian and Political Science from Louisiana State University in 1991. Upon graduating, he was named a Regents Scholar by the Louisiana Board of Regents for his academic and non-academic achievements while at LSU, including walking on to the LSU football team. While at LSU, he was also a member of the Phi Kappa Psi Fraternity and Phi Beta Kappa Honor Society.

He then attended law school at the Unviversity of Oklahoma College of Law where he earned his Juris Doctor with Honors in 1994. While there he was a member of the American Indian Law Review and Phi Kappa Phi Honor Society. Upon graduating in the top ten percent of his class, he was granted membership into The Order of Coif, an honor society acknowledging academic performance.

He then returned to the Orlando area and began working with a small Plaintiff's law firm in Winter Park in 1994. While there he used his organizational skills and talents to develope their civil litigation department and practiced personal injury law, workers' compensation law, and labor law.

He is a member of Florida Bar, New York Bar, Colorado Bar, and admitted to practice in the United States Middle District of Florida. He has attained an AV® Preeminent™ Rating by Martindale-Hubbell. He is also certified by the Florida Supreme Court as a Circuit Court Mediator.

**The hiring of a lawyer is an important decision and should not be based solely upon advertisements. Before you decide, ask me to send you free written information about my qualifications and experience. This web site is designed for general information only. The information presented at this site should not be construed to be formal legal advise nor the formation of a lawyer/client relationship. 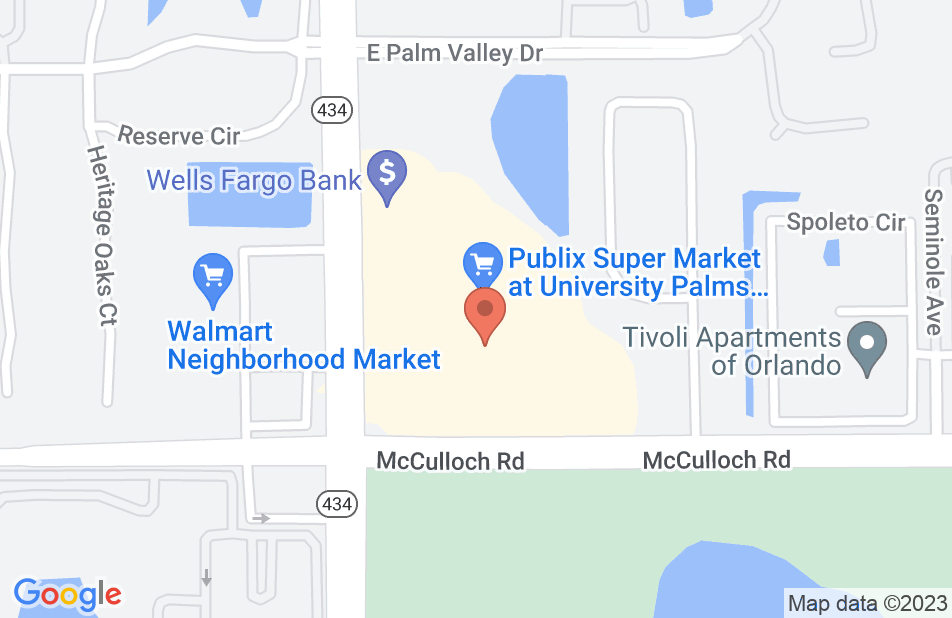 I was in 2 automobile crashes in 2011, neither of which were my fault. Both parties were found at fault. I was injured in both of them, but the second was much more serious. I found Don by searching on the web. There was no way I wanted to hire one of the attorneys who inundate our airwaves. Don's site is very informative and easy to understand. After talking with him after my first accident, I was impressed that he does virtually everything himself. He did a wonderful job taking care of everything. I had only been released from my accident 2 weeks when I was struck by a car that ran a red light. I again called Don to represent me. I won't go into any details of injury or settlement, but I do want to say how pleased I was with Don. He stayed on top of things and answered my emails promptly. He would even answer if he was out of town to let me know he got my message and would get back to me about an issue as soon as he could. What else can I say? If you need a personal injury attorney, Don Harvey will exceed your expectations. I hope I never need an attorney again, but if I do, Don will be my only choice.

Professional and knowledgeable - An attorney you can rely on

Mr Harvey has been a great help in resolving a very difficult matter. He is candid and knowledgeable and offers sound advice. I found him to be trustworthy and professional and would recommend him without hesitation. If I ever have another legal problem, I will call upon him.

I highly endorse Mr. Harvey. Truly exceptional and caring attorney who achieves great results in representing clients! I want all people to contact him for help.

I endorse Attorney Harvey. From seeing the time and effort he spends on AVVO, providing answers, for free, to the public, it is clear he is dedicated to serving those in need. It's rare that lawyers spend so much valuable time helping the community and I applaud him for doing it to such a great level. Kudos.

I endorse this lawyer's work. I have worked with Don Harvey in the past and found that he is a hard working attorney that strives to accomplish the goals that are best for his clients.