My partner, James Phillips, and I are the only BOARD CERTIFIED DUI DEFENSE EXPERTs with offices in Orlando. Further, I am one of only four Board Certified DUI Defense Experts in the state of Florida.  I am nationally recognized as a DUI Defense Expert by the National College for DUI Defense which is accredited by the American Bar Association.  I have authored or co-authored 6 books on DUI defense including two training manuals used by other lawyers to learn to defend DUI cases.  I enjoy what I do for a living.  I am constantly reading books on DUI defense techniques and remain on the cutting edge of DUI defense.  I also enjoy attending numerous seminars throughout the year on DUI defense and scientific evidence.  My association with the National College for DUI Defense allows me access to lawyers and expert witnesses throughout the country who can provide help to tailor a custom defense to your needs. DUI is not yet recognized as a specialized area of law in Florida, therefore please note that I am not certified as a specialist by the Florida Bar. 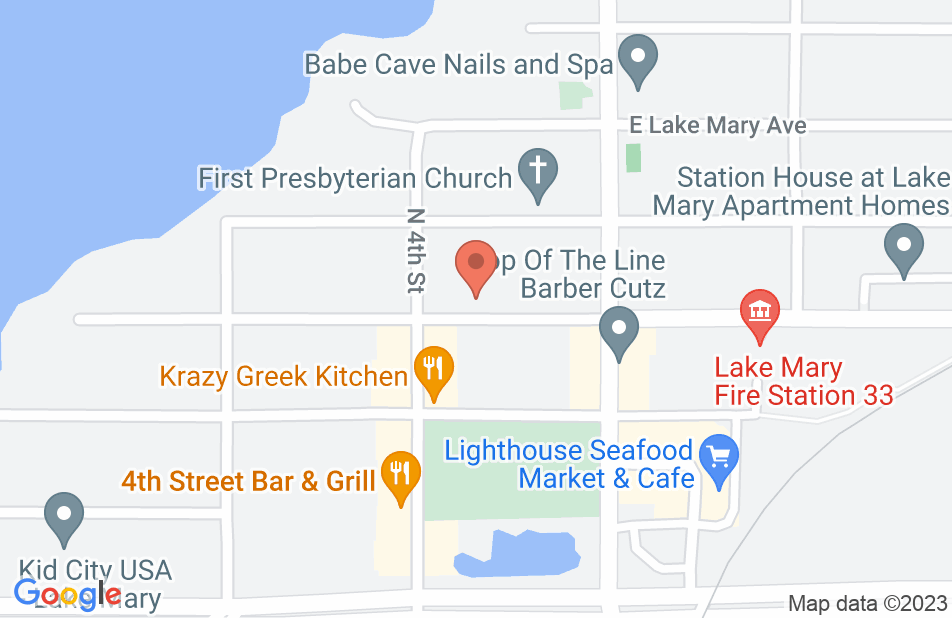 Mr. Katz has been fighting my case for the last 6 years, and has not asked for any more money then what was paid. He fought hard for my case and in the end just recently I got the best turn out because of his help and his firm. I would HIGHLY Recommend him and this firm for your legal troubles.
This review is from a person who hired this attorney.
Hired attorney

A qualified lawyer that treats you as if you were a family member in need!

About 2.5 years ago I was in search of a dui lawyer. I was very scared and only found out I had a dui through a letter that came in the mail from the dmv. I was so scared and started calling lawyers. Of course it was at night so most would go to voice mails or to an answering service. Around 10:30 pm I came across a review of a person who mentioned they wished they had used David Katz. I looked him up and called. I left a message and about 15 minutes later I got a call back. I assumed it was an answering service, but to my surprise it was Mr. Katz himself. He said he didn't want to wait until morning to call me back because he could hear so much fear in my voice over the voice message and didn't want me having a sleepless night. He was on the phone with me for over an hour explaining what to expect and what to make sure my lawyer looks into in case I couldn't afford a lawyer and had to be appointed one. His biggest worry was not convincing me to hire him, it was making sure I knew my rights and knew what to do to stand a chance. He is so well known that when the other lawyers started returning my calls and speaking with me, as soon as they would ask what other attorney's I have spoken with and I would tell them David Katz, just about every single one told me I would be in better hands with him. He will never get annoyed with you, no matter how many questions you have. My case took several years to finally close and he kept reassuring me from start to finish. He is very honest with you and when you work with him, even though he is extremely busy he does his very best to make you feel as though you are his only client. He makes you feel like you have the most important case he has. He will never tell you he guarantees you he will win your case, because there are never guarantees, but what he does guarantee is he will leave no corner unturned even if it's a case like mine that has some things that never happened before. He will research and he will take care of you and if there is a way to win, Mr. Katz will find it. He makes you and what is the best for you his mission. And yes, Mr. Katz did win my case.
This review is from a person who hired this attorney.
Hired attorney
See all reviews

I had the pleasure of working with Mr. Katz in fighting the intoxilyzer 8000 in Lake County. There are attorneys that handle DUIs and there are DUI attorneys. While it may costs a bit more, there is a huge difference between the two. If you have been arrested for DUI, there are only a small handful of attorneys who truly have an understanding of all the complex legal issued involved in a vigorous DUI defense. Mr. Katz is not only one of the smartest DUI attorneys, he also has the ability to articulate these complex issues in a manner that juries can understand.

I endorse this lawyer. David is the consummate professional and quite possibly THE authority in the litigation and defense of DUI/DWI cases.

I offer my highest endorsement for Attorney David Katz. He is not only an amazing attorney, but he is one of the most giving and humble gentleman I have the pleasure of knowing. If you want a first class lawyer and a noble person on your case, David Katz, Esq. is your man. I trust him 100%.

I have known Mr. Katz since law school. I see how hard he works for his clients and he has an amazing knowledge of criminal law. I endorse this lawyer.

David is an aggressive, experienced DUI lawyer. He works diligently for his clients and is dedicated to those he represents. I endorse him without hesitation.

I endorse this lawyer. I have had the pleasure of knowing Attorney Katz since the beginning of his legal career. He is a highly intelligent, aggressive attorney who fights hard for justice for his clients. He is always prepared in Court & is well respected among his peers as well as the judges. I highly recommend Attorney Katz!

I endorse this lawyer. David is not only a superior lawyer but a true advocate for all of his client. I have watched him train up and coming lawyers in the area of DUI defense and have been impressed with his knowledge and skill. Any lawyer trained by David is not only going to be superb in their trial practice and skills but polished in ethics and professionalism as well.

I endorse this lawyer. David is a great attorney. He extremely knowledgable, very caring about his clients and well liked in the legal community. He is willing to help his fellow attorneys and is great to speak to about the law. I highly recommend David.

David Katz deserves the endorsement of all lawyers who know and work with him. It has been an honor to work with David. He has the ability to see things from many angles and work his cases through accordingly. I love learning from David about how he sets up and plans his trial and case strategies. He has the unique ability to see things from his, as well as the state's prospective, giving him the upper edge to anticipate the next move of his opponent. He is all for litigation and/or mitigation depending on the unique needs of his clients. David's skill and reputation are without peer.

My experience with David is through the National College for DUI Defense, where he is a highly respected member. I have also met and seen David at at numerous DUI related CLEs around the country. I highly recommend David as DUI attorney.