Markus A. Sermons is a litigation attorney focusing in the areas of Divorce, Custody, and other Family Law issues, along with Probate, Trust Litigation, and general Civil Litigation.   Prior to starting Sermons Law, PLLC,  he spent several years in the Office of the Public Defender litigating criminal matters in the Juvenile and Felony divisions, but began his law career with the Office of the State Attorney as a Legal Trainee.  With countless hearings and many jury and bench trials to his credit, Mr. Sermons has extensive courtroom experience.

Additionally, Mr. Sermons has also worked with Court Administration, where he was assigned as a Staff Attorney in the Probate Division.   While serving as Staff Attorney/Law clerk for the Probate Division, he worked closely with the Honorable Peter L. Dearing on thousands of cases, reviewing files and researching issues on behalf of the court in Probate and Guardianship matters.   Mr. Sermons also spent several years in private practice litigating issues surrounding Family Law and handling Probate and Trusts law suits in addition to other civil litigation. 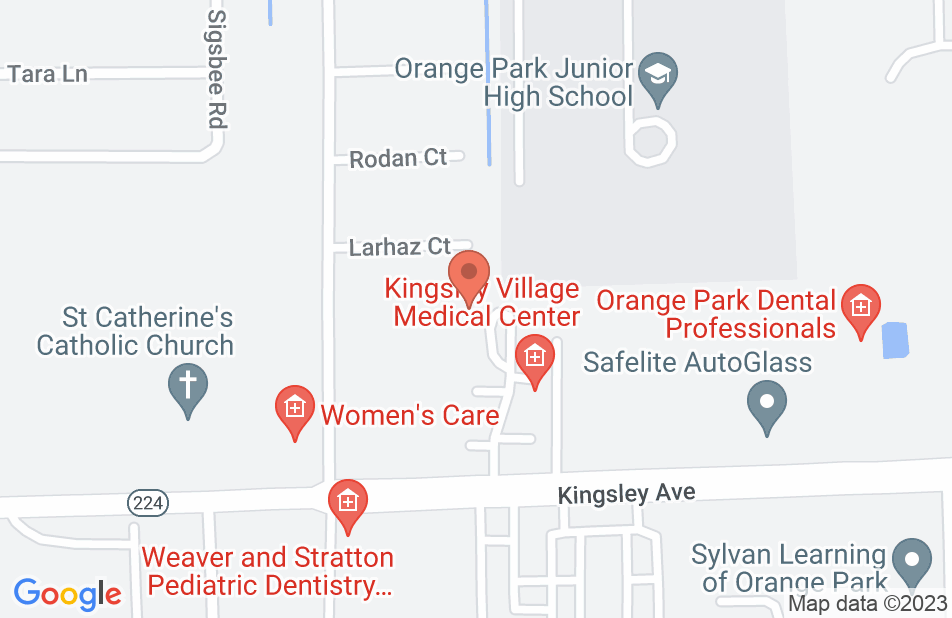 My family is so happy that we chose Sermons Law to help us resolve our deceased love ones estate. They were very knowledgeable, timely, responsive, always available to answer questions, and most important helped us get things done quickly. We will definitely be using them again and will recommend to friends and family.
This review is from a person who hired this attorney.
Hired attorney

Working with Mr. Sermons as my lawyer put my fears of the unknown at ease. He was trustworthy, honest with me from our first conversation, and never tried to sell me a dream. He was flexible with coordinating times to discuss the case. I valued all advice given, I trust him, and his ability to perform his job honorably. I was happy with the outcome of my case. His thoroughness, dedication, and attention to detail were amazing. Overall, I was well pleased with this attorney and would hire him again.
This review is from a person who hired this attorney.
Hired attorney

I received great customer service. I Informed him what I needed and then he told me based on my needs, what would be best for my situation. It was excused in a timely manner.
This review is from a person who hired this attorney.
Hired attorney

Sermons Law was absolutely professional and proficient in handling my marriage dissolution. I was very impressed with their expeditious and professional performance even considering the current COVID-19 situation. I would recommend their services to anyone who unfortunately needed to get a divorce.
This review is from a person who hired this attorney.
Hired attorney

Mr. Sermons and his staff were exceptional all the way around and in every aspect. He is extremely knowledgeable and professional. Mr. Sermons kept us in the loop every step of the process and communicated with us everything that he was doing for our case. He is a great listener, very personable and efficient at what he does. I will refer him to anyone seeking legal help regarding Family Law for he was a blessing to my family.
This review is from a person who hired this attorney.
Hired attorney

The Best Lawyer I've ever met!!

I would like to thank Mr. Sermons for his valuable help, skill and performance in my case. Mr. Sermons took my case after I had been with another lawyer who instead of being my defender;he seemed that on the contrary because he worked against me. On top of having to prove that my ex-wife and her lawyer wanted to ruin my life with false arguments and impose unreasonable amounts of money on child support and eternal alimony for her, I had to face the unfair recommendation of the Magistrate on duty, (she didn’t take into consideration, not a single document and / or proof, that I present to her. She only took the word of my ex-wife and her lawyer) she imposed an exorbitant sum of money, which I neither working 24/7 would be able to cover it. Mr. Sermon was challenged to take my case just a month after the final hearing with the Judge, where I had almost nothing to grab, since the previous lawyer had ruined me by stopping doing the things He had to do in my defense and the few things he did, he was wrong. Mr. Sermons took all the time to listen to me, and immersed in my case and thus be able to build his defense. He was very accessible at all times and all moments that I needed him, solving my questions effectively and also advising me in the most intelligent and wise way possible. He was always very clear with me, but above all, honest. From the first day I talked with him, I felt that I was in the best hands, that although my problems continued, there was already someone who was going to fight for me;then, I was no longer alone. I felt that time, but today after all this is over, I can confirm that I was right! Mr. Sermons had the ability, skill, cunning, wisdom, intelligence to prove to the judge "the truth" and thus convince him that what had been committed to me was unfair! He worked very hard to proof the judge that he should reduce the alimony that had been imposed on me from $ 3000.00(three Thousand dollars) to $ 10.00(ten dollars)being real that my ex-wife has her own substantial income. And also, with respect to my child support, he also got me to pay a fair montly amount of money that I have to pay for my kids. With all confidence and honesty, I absolutely recommend the services of Mr. Sermons since apart from being a very capable and intelligent human being, he has a vocation in his career and demonstrates it in his service that it is of “quality”. Thank you Mr Sermons for all his weighted help. I feel so satisfied and grateful to him that I have no problem leaving my personal email in case anyone doubts what I am writing and describing my lawyer. God bless you, Mr. Sermon and always keep it up helping those who need it by bringing to light the truth, enforcing justice by applying all its laws that you very well know. I wish there was the option to put more than 5 stars to rate your good service.
This review is from a person who hired this attorney.
Hired attorney

In this day and age, it is hard to come across an attorney who genuinely cares about his clients. Dr. Sermons took his time to walk me through every aspect of the process which made me feel very comfortable with making the decision I needed to make. I will definitely recommend his services to my family and friends and will be using him for any of my future legal needs!
This review is from a person who hired this attorney.
Hired attorney

My experience with Markus was great! He helped me in a time that i was down and then helped me clear it after it was over. Highly recommend!
This review is from a person who hired this attorney.
Hired attorney

Met with Mr Sermons this week to update my Will which I brought with me. Mr. Sermons was extremely patient with my many questions and explained several gaps with the current Will. He not only rewrote it in full but worked with me to complete Declaration Naming Preneed Guardian, Durable Power of Attorney and a Living Will / Health Care Surrogate. Each document was reviewed and explained carefully. My prior attorneys together weren't nearly as detailed and knowledgeable as Mr. Sermons. This is my second experience working with Mr. Sermons and I couldn't be happier that I have someone I can trust to go to and get the right answer. I cannot recommend him enough.
This review is from a person who hired this attorney.
Hired attorney

I was referred to Sermons law and he was able to work with me with great passion and patience. He worked extensively on my domestic case and helped my ex-husband and I come to terms for the benefit of our daughter.
This review is from a person who hired this attorney.
Hired attorney
See all reviews

I endorse this lawyer. Markus is a tremendous attorney with a tenacious work ethic. He knows what he is doing and can help resolve issues quickly.

Markus truly cares about his clients, is very personable and professional. I highly recommend him!

I recently worked with Mr. Sermons on a case and I was incredibly impressed with his professionalism, kindness, and willingness to go the extra mile when needed. I look forward to working with him again soon!

I wholeheartedly endorse Mr. Sermons. We represented opposing parties in a very contentious timesharing case. Throughout the duration, Mr. Sermons maintained the utmost level of professionalism. He was polite, kind, and a pleasure to work with. I wish more opposing counsel would learn from Mr. Sermons!

Markus is diligent, competent, and a solid guy. I endorse this lawyer.

Markus is a great guy and a wonderful attorney. I strongly recommend him to others.

Simon Kabzan, Divorce and separation Attorney on Nov 19, 2014
Relationship: Other

I endorse this lawyer as one who is a specialist in their field and highly recommend.

This attorney has an excellent reputation for providing the highest quality representation to clients. Experience and proven results!

Attorney Markus Sermons is a very active participant on Avvo providing great legal answers to help people needing assistance. He is obviously dedicated to his profession and an asset to our legal industry.

Attorney Markus Sermons provides excellent legal answers on Avvo for individuals seeking assistance. An asset to the legal field. I fully endorse him.

Attorney Sermons is a very aggressive and knswledgable attorney. I endorse this lawyer.