Upon completing law school, Mr. McCurry returned to his home town of Dalton and joined a large law firm representing diverse clients. After working for five years as an associate, Mr. McCurry became a partner with that firm for over 9 1/2 years before he opened his own practice. 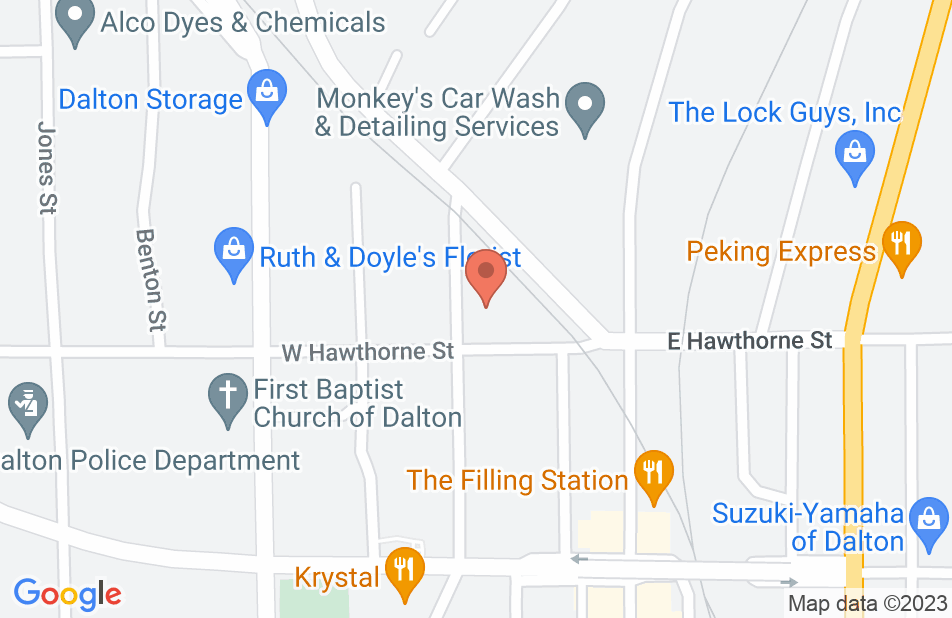 Great Lawyer, methodical, sharp as hell. Straight to the point, absolutely no beating around the bush. Thank you so much to you and your staff for everything. Would highly recommend you.
This review is from a person who hired this attorney.
Hired attorney

Aggressive On Your Behalf

I consulted with Robert on a potential personal injury claim. He took my case on contingency and, although it took some time, I was satisfied with the outcome. Robert was efficient and his knowledge of the law - along with his ability to explain it - made him easy to work with. However, he was aggressive with opposing counsel and he will not be pushed around. I could not be more pleased.
This review is from a person who hired this attorney.
Hired attorney

We are very pleased with the outcome of our case handled very professionally and efficiently by Mr. McCurry and his team. Our expectations were met on every level and yours will be too. Though Mr. McCurry has no emotional ties to the many cases he litigates; he and his staff do however strive very hard to achieve the best outcome as a personal goal of the firm as well as that of the clients he represents. Do not hesitate to seek his counsel; he is the attorney the others would rather not face in the court room for any reason. Ask a mediator, they will express the same respect for our Attorney. Very pleased with this firm and would hire Mr. McCurry again without reservation should the need present itself in the future.
This review is from a person who hired this attorney.
Hired attorney

Robert McCurry worked on a life insurance interpleader case for me. He exemplified a vast array of knowledge on the process, law, and from the beginning, he outlined the steps that would have to take place in order for the Judge to rule in my favor. The entire process from consultation to ruling took nearly two years; however, Mr. McCurry was in contact with me nearly every month, providing me with updates and the future steps in the process. I appreciated his strong confidence in his work and assertive attitude to work against the opposing lawyers on my behalf. During the timeframe, when there was pushback from the insurance company, he was quick to respond accordingly while having my best interest at the forefront of his decisions while responding. In the future, should a legal matter arise, I will be sure to use Robert McCurry, and I suggest you do too.
This review is from a person who hired this attorney.
Hired attorney

Robert is very knowledgeable and takes time to explain what will take place whether going to trial or mediation. He listens to your concerns and fights hard on your behalf. He trys his best to help come to a swift conclusion of your case but if it drags out he is right by your side all the way.

Robert is not only an outstanding attorney and litigator, he is also an amazing boss. I have worked with Robert for over 9 years and he has always been caring and giving. He has represented me on several occasions and is nothing short of a bulldog in Court. He fights for his clients' best interests and is very knowledgeable concerning each client's case and their legal rights. I highly recommend Robert as he is not only a wonderful attorney but a wonderful and genuine person as well.

Robert is a very attentive and caring person that works for my family vigorously. He is very meticulous with the details of our case, and argues in court as if his life depended on the judges ruling. When the case is settled, he is there for guidance for our needs.

Mr. McCurry contacted me by phone & said he couldn't do anything to help me and would return my money. However I met with him in person and he admitted he hadn't done anything on my case & hadn't followed up on what his staff did. I still need an attorney to clear up the same matter & hate to start over. He has agreed to do what I asked him to when I hired him & he said he will follow up on it this time.
This review is from a person who hired this attorney.
Hired attorney

I endorse this lawyer and I refer people to him in business matters.

Mr. McCurry is a smart, experienced litigation attorney. A strong advocate for his clients. He is willing to tell the client the truth and does not create false hope or unrealistic expectations. Although he is a very good litigator, Mr. McCurry is able to get the case in the right posture to negotiate a reasonable settlement. For over 35 years – from cub scouts, high school and college debate teams, law partners, co-counsel, and to opposing counsel – I have witnessed Mr. McCurry’s commitment and his success.

I've worked with Robert on a number of matters through the years and, when I was engaged in commercial litigation, had the opportunity to see him working for the other side. Robert is ethical, but vigorously represents his clients. He is, without doubt, one of the best litigators in North Georgia. I endorce him without reservation and have referred a number of clients to him for assistance with litigation matters.