Molden & Associates is one the nation’s leading Woman Owned law firms We Make A Difference!

Regina Molden is a trial lawyer and Managing Partner of Molden & Associates. She focuses her practice on complex commercial litigation, and employment matters, including wrongful termination, employment discrimination, wage/hour and overtime law, disability and medical leave, sexual harassment, retaliation, and employment and non-compete agreements. With a winning record as a trial lawyer, Regina understands the benefit of settling without litigation, but also knows and is completely undaunted by the prospect of taking a matter all the way to trial if needed. She knows what it takes to win regardless of whether her client is a plaintiff or defendant.

RECENT VERDICTS AND SETTLEMENTS
FOR THE PLAINTIFF:
Jury Trial Verdict in favor of Plaintiff for Race and Age Discrimination—Plaintiff awarded $250,000 plus attorney’s fees. (Northern District of Georgia)
Jury Trial Verdict in favor of Plaintiff for Sexual Harassment against a male employee. Jury awarded $182,000 to Plaintiff plus attorneys’ fees. (Northern District of Georgia)
Recovered $3 Million dollars for wrongfully terminated employees.
Reached favorable settlements in excess of $500k on behalf of wrongfully terminated Plaintiffs.
Recovered almost $1 Million in damages for employees.
Successfully argued appeal of $425,000 jury verdict in favor of Plaintiff in sexual harassment case (Eleventh Circuit Court of Appeals)
$730,289 jury verdict in a contract dispute case. (Fulton County Superior Court)
$401,727 jury verdict in a contract dispute case. (Fulton County Superior Court)
$425,000 jury verdict (plus attorney’s fees) in employment discrimination case. (Northern District of Georgia)
$2,000,000 verdict (bench trial) in a breach of contract/fraud case. (Fulton County Superior Court)
FOR THE DEFENDANT:
Tried a sexual harassment case before a federal court jury in the Northern District of Georgia, and obtained a defense verdict. Although the trial lasted 3 days, the jury took less than 40 minutes to render its verdict in favor of our client.
Represented a doctor’s office/defendant accused of violating wage and hour laws, and obtained summary judgment on behalf of our client.
The court held that the plaintiff/employees were “administrative employees” and not entitled to overtime pay.
Prevailed at trial against the EEOC on behalf of small doctor’s office, defeating claims of religious discrimination. (Northern District of Georgia)
Obtained summary judgment in favor of Fortune 500 Company, defeating claims of race and pay discrimination. (Northern District of Alabama)
Obtained summary judgment in favor of commercial cleaning company, defeating claims of sexual harassment. (Northern District of Georgia)
Settled case on behalf of Athletic Institution for less than 1% of the amount sought by the plaintiff, defeating claims of breach of contract and fraud. (Dekalb County Superior Court)
BEFORE MOLDEN & ASSOCIATES
Prior to founding The Molden Law Firm, Regina was an associate in the Securities Litigation Group at Alston & Bird, LLP where she successfully defended a number of directors and officers against business related claims, including fraud, breach of fiduciary duty, corporate waste and misrepresentation. Prior to practicing law, Regina worked as an advertising account executive. Her experience includes television, radio and newspaper advertising sales.

RECOGNITION
Regina is continually acknowledged as a leader in the legal field. In 2016, she recognized by the American Institute of Legal Counsel as one of the 10 best Labor and Employment Law Attorneys in Georgia based on client satisfaction. She was recognized by The Daily Report as one of Georgia’s Top 10 lawyers under the age of 40 “predicted to leave their mark on the profession,” and has been profiled by Small Firm Magazine regarding her work as a trial lawyer. Regina was also profiled in Georgia Super Lawyers Magazine and has appeared on the cover of Atlanta Woman Magazine. Year after year, she receives the AVVO award for client satisfaction. Visit www.avvo.com to read Regina’s client review.

Regina is admitted to practice before all courts in the State of Georgia. Her federal employment practice also takes her to a number of States outside of Georgia. 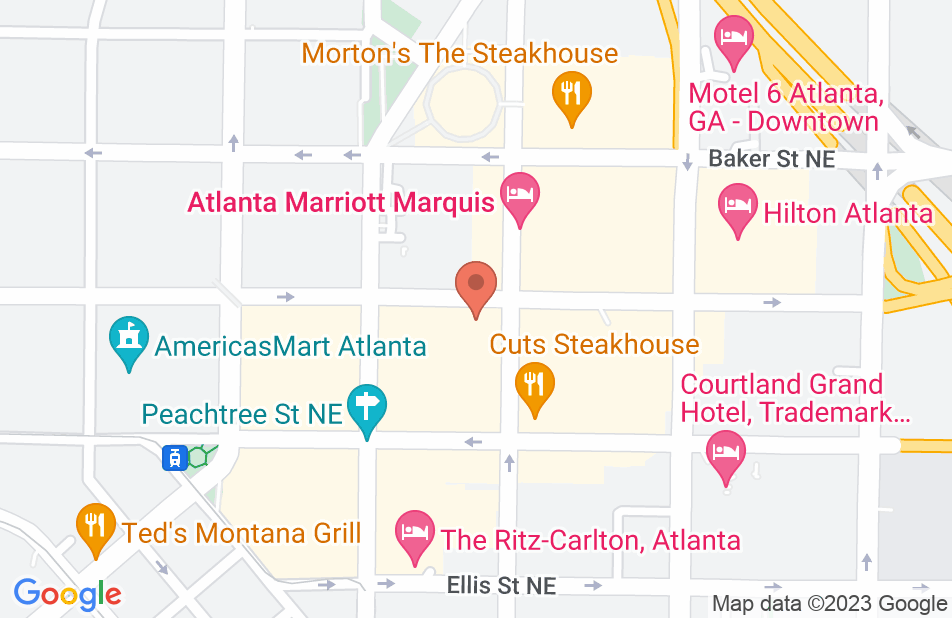 Regina has done an excellent job in representing me in all of my legal matters. She is a very skilled litigator in the courtroom and is always prepared. She and her partner are always professional and have represented me for both personal and business needs. She is fair and I trust her judgement.

Attorney Molden came highly recommend from a colleague of mine. It didn't take long for me to see why. I solicited her expertise in negotiating a medical partnership contract. She was able to help me understand and advocate what was important to my family and I. Her knowledge and communication skills were priceless. I highly recommend Attorney Molden without reservations. Erich

Regina was amazing and very professional. She helped me with my case and got the matter resolved very quickly.
This review is from a person who hired this attorney.
Hired attorney

I would like to start this review by stating that Molden and Associates has been a God send in my situation. I know everyone situation is different. After consulting several lawyers, Molden and Associates stood out. Regina Molden was honest and candid about my legal situation. I handed them the ball with my situation and they took off running. They were able to get my case to Federal court. She laid out my options and explained the outcomes of each option so that I was able to make a clear and informed decision. Due to COVID-19 my case was stalled in the court system. Regina was able to bring all parties together in the virtual realm for a favorable resolution. I am very happy with the law firms' integrity, honesty, professionalism and knowledge of law. I highly recommend their law services.
This review is from a person who hired this attorney.
Hired attorney

The 5 star rating is much too low. This AMAZING attorney deserves 10 stars if not more! My previous attorney withdrew from my case (Thank you Lord) and my boyfriend who is on special assignment at Pearl Harbor ran into an old Navy buddy on base and as they were catching up on the last 12 years over lunch...long story short I was referred to Regina. Literally 2 hours after hiring her she called to say the defendants want to settle. Regina did in 2 hours what my former attorney could not do in 3 years! Not only is Regina super talented, incredibly knowledgeable, and highly respected among her peers, but she is one of the most friendliest, kind-hearted attorney you will find anywhere. It was my profound pleasure and privilege to work with Regina.
This review is from a person who hired this attorney.
Hired attorney

Regina Molden is an excellent attorney who went above and beyond to help me with my case. She was very understanding and sympathetic as my situation was extremely stressful and sensitive. I highly recommend Regina and her team if you are looking for an extraordinary attorney to get the job done! AAA+++
This review is from a person who hired this attorney.
Hired attorney

I was wrongfully terminated from an employer in South GA; for implementing and standing firm on HR Laws for a pregnant worker; who was wrongfully terminated because she could not lift up a box. My heart was broken when I was terminated for doing what was right as a Site Coordinator. I "googled" Attorney's in Atlanta, and read a review on Attorney Molden , stating she was a "super attorney"---and felt strongly to call her. To make a long story short, no only did she take the case, but she took it with grit and such knowledge and professionalism and a promise to deliver results of victory; and SHE DID. She is truly a miracle working attorney. I am forever grateful for the hard work she did on my behalf.
This review is from a person who hired this attorney.
Hired attorney

"An exceptional firm of great integrity!!!"

"Attorney. Molden is a very professional, straightforward, knowledgeable, informative, intentional, passionate & conscientious advocate for the employees rights that I would recommend to anyone who's rights are being violated due to the unjust indiscretions of their employers." My experience from the very beginning of the establishment of my case has been well-streamlined due to the level of professionalism her entire team of legal associates, consistent communication & patience while educating me about the enlightenment of the process as well as the importance of having a realistic level of expectation during the process of the resolution of my case. All while ensuring that I maintained accountability while presenting the facts of my case on my behalf in a prompt & timely manner to the appropriate jurisdiction, negotiated, as well as concluded with compassion, dignity & respect. "This firm has blessed me beyond measure & I am very comfortable with making a recommendation to anyone who is in need of representation to seek assistance via 'Molden & Associates' as they will get the job done."
This review is from a person who hired this attorney.
Hired attorney

Attorney Molden has the professionalism of an Angel. She handled my case quickly keeping me informed of the progress along the way. Although my case was not a huge case, Attorney Molden gave her expertise, support and quick resolution to the case as if it were worth billions. I would recommend Attorney Molden to all my family, friends and associates going forward.
This review is from a person who hired this attorney.
Hired attorney

Regina is the best

I reached out to Regina in July of 2019 regarding sexual harassment and discrimination I was facing at work. She quickly reached out and listened to my concerns and offered to represent me. Regina and her paralegals kept me updated frequently without me having to call or email, I definitely felt as though I was important. Shortly after reaching out to my previous employer, we were able to settle for an offer that I felt comfortable with. Regina definitely knows her stuff, she’s sharp!
This review is from a person who hired this attorney.
Hired attorney
See all reviews

I endorse this lawyer. Regina is an fantastic attorney who provides outstanding client service to businesses and individuals in need. Her skills at a litigator are first rate and I highly recommend her to anyone looking for an attorney who is skilled in general civil litigation and/or employment law.

I endorse this lawyer. She is talented and a tireless advocate for her clients.

I endorse this lawyer. I have practiced law with Regina Molden for over a decade. She is highly intelligent, competent and professional.