Honest. Effective. Responsive. Attorney Joseph Rosen opened his dedicated Immgiration Law Practice in June 2001. Prior to that, he had thirty years service with the U.S. government. Twenty of that was in federal law enforcement as an FBI and aU.S. Customs Special Agent.

Mr. Rosen is also an Adjunct Professor of Law at John Marsahll Law School, where he teaches Immigration Law and is a clinical instructor at JMLS' Immgiration Clinic. 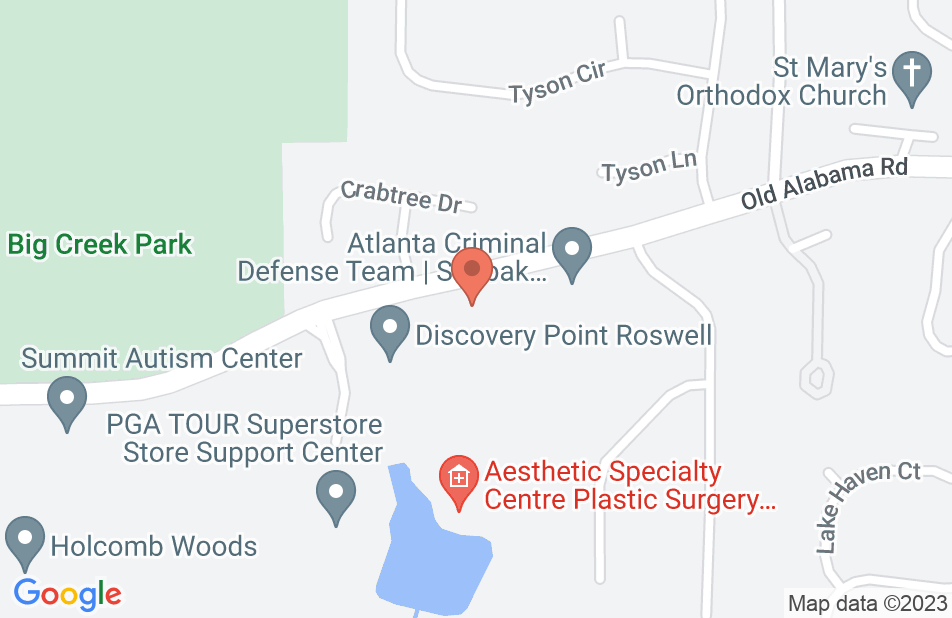 Mr.Joseph H Rosen is very knowledgeable and understanding and his staff have been very helpful throughout the process. I am really thankful for all the work he and his staff for being friendly, honest in providing suggestions.
This review is from a person who hired this attorney.
Hired attorney

Mr. Rosen was very up-front and honest with me. He is very knowledgeable and understanding and his staff has been very helpful throughout the process.
This review is from a person who hired this attorney.
Hired attorney

Recently, Mr. Rosen has provided us pro bono legal service for our keeping two pet chickens issue. He lives in the same subdivision as us. When he learned from our community web site that we had faced pressure from the Home Owner Association (HOA) and Roswell City for keeping our two chickens in our back yard, and was seeking for help, he voluntarily offered his help to appeal for us. We did not him at then. He represented us to interact with the HOA and Roswell City who demanded us removing the two chickens from our property, as well as media. With his persistent efforts, finally Roswell City started to clarify some vague zoning code that would allow us to keep the chicken and HOA approved our application for coop. Mr. Rosen is a very professional lawyer. He has rich experiences on how to effectively interact with government in all levels. He put client’s interest and public interest on the top priority of his service. I would recommend his immigration legal service to anyone.
This review is from a potential client who consulted with this attorney.
Consulted attorney

An immigration lawyer with a great attitude to help his client

I had an opportunity to use his consultation service for my international rip travel plan with respect my pending Adjustment status and H1B stamping. Mr Rosen has provided excellent service with great patience to answer all my questions and concerns. I would like to emphasize that I appreciated his great attitude to help his client rather than focusing on timing of consult. He is very thorough and comprehensive providing my immigration advice. I will use him if I need any future immigration advice. I would recommend him to other clients without any reservations and doubt. Thank you Mr Rosen for your time and excellent consultation.
This review is from a potential client who consulted with this attorney.
Consulted attorney

Joe is an expert in the field of Immigration Law and treats his clients as people, with compassion and sensitivity to the difficult dilemmas many of them face. He is the man you want by your side to represent your interests both in and out of court, with his attention to detail and his enormous background and decades of experience in dealing with government agencies. He is a man you can trust absolutely to have your interest at heart and a lawyer you can depend on to put your best case forward. I recommend him wholeheartedly and 100 percent.

Mr. Rosen was very patient, knowledgeable during the initial interview. His prices are reasonable and his staff is very polite and knowledgeable.

I met Mr. Rosen while I was in law school. The Immigration Law Society would organize Citizenship Drives to help Immigrants apply for Naturalization. Mr. Rosen volunteered his time and shared his invaluable expertise with the community. He is a great lawyer and a wonderful person!

I endorse Mr. Rosen. He is a highly skilled attorney that is well respected in the legal community.

Joe was my immigration professor in lawschool. Now that I practice immigration I have come to find out that he's one of the best and most respected immigration attorney's in Atlanta. I endorse this lawyer.

Joe Rosen is an exceptional lawyer. There are not enough words to describe his excellence as an immigration attorney. I have and will continue to refer clients to Mr. Rosen. I highly endorse his services.

I endorse this lawyer wholeheartedly. I have worked with Joe on the North Fulton Bar's Citizenship Day where he has helped many a person with their US citizenship applications and questions. He is very personable and goes the extra mile for his clients. You couldn't ask for a better person in your corner on immigration matters.

I have known Mr. Rosen for many years and have referred a number of people with immigration issues to him, all of which were very satisfied with his services. Whenever I have had an immigration question that I needed answered because of some issue in one of my cases, he has always been spot on with his advice. I think Joe is a very competent attorney.

I endorse this lawyer. Joe is one of the most talented immigration attorneys in Georgia and his support staff is courteous and professional. We are very fortunate to have Joe practicing in our area. He has helped many of my clients with immigration and citizenship and has very reasonable rates.

I endorse this lawyer. He is an experienced, zealous and ethical advocate for his clients. He is the first and only personis I send people with immigration troubles to see as I know they will get an honest assessment and great representation.

I have known Joe Rosen for a fairly long time now, and gladly endorse him. He brings to his legal practice a great depth and breadth of experience, as well as a passion for helping his clients and colleagues. I am glad to be able to refer to him and to have the pleasure of knowing him.

Mr. Rosen is a very experienced attorney and a generous person who has always found the time to answer questions and offer professional guidance to his fellow attorneys. I am happy to endorse Mr. Rosen.

Joe was my immigration professor in law school. His wealth of knowledge and experience so impressed me that he is the first person that I think of when someone asks for a referral to an immigration attorney.

I have known Joe for several years and I would highly recommend him to anyone who has an immigration issue. He genuinely cares about the needs of his clients and he works hard to ensure that his clients needs are met. He is knowledgeable, hardworking, and a dedicated advocate for his clients and I will always have him on my list of referral attorneys.

Joe Rosen is an exceptional immigration attorney. As a fellow immigration attorney and a former student (he is also a professor of Immigration Law), he is one of my top referrals when I cannot take a case. He is extremely knowledgeable and represents the profession with honesty and integrity.

I have known Joe for years. I cannot say enough about Joe's work ethic, professionalism, integrity and dedication to his clients. You cannot find a better lawyer or advocate. I strongly recommend Joe.