Voted BEST ATTORNEY by the readers of the Myrtle Beach Herald & Horry Independent since 2014!

Dirk J. Derrick has been voted the Best Attorney for the Horry Independent's Readers' Choice Award for the years 2014 through 2019. He has also been selected for Best Attorney by the readers of the Myrtle Beach Herald for years 2016-2018 while The Derrick Law Firm was named Best Law Firm 2018 & 2019.

Dirk has focused his practice on personal injury, wrongful death, and worker's compensation cases since he graduated from law school in 1987. He has owned his own practice since 1991 and has expanded from his main office in Conway to locations in Myrtle Beach, North Myrtle Beach, Columbia, North Charleston, Charleston, and Mt. Pleasant.

Dirk was born in Myrtle Beach, South Carolina in 1960. He grew up in Conway. His first job was at the age of 6 as a farmhand on his grandfather's tobacco farm in rural Horry County. At age 9, he purchased his first vehicle when his grandfather sold him a 1960 pickup truck for the amount Dirk earned that week, $28.00.  Dirk credits hot humid summer days in the tobacco fields as his inspiration to excel in school and get a good education.

He grew up in a house with his parents, Julius and Polly Derrick, and three sisters. His father was a high school teacher and football coach who had been co-captain of the 1957 South Carolina Gamecock football team and drafted by the New York Giants. Coach Derrick was very competitive and his children were raised to compete to win in anything they pursue. Everything was a competition including who could be the most productive in their summertime farming jobs, who could make the best grades in school, and who could win a particular athletic competition. This characteristic probably explains why all four children attended college and participated in college athletics.

Dirk earned a football scholarship to Wofford College where he played for four years. After graduating, he coached college football at East Tennessee State University for one year where he met his wife, Michelle Garrity. They were married in 1985, the same year Dirk began law school at the University of South Carolina. He graduated in 1987 and began practicing in Horry County in 1988. Due to early success in the courtroom, Dirk worked his way into a partnership after just three years.  In 1991, he left the partnership and established The Derrick Law Firm.

He and his wife, Michelle, have two sons, Dakota, an attorney in Columbia, SC, and Peyton, a rising sophomore at Appalachain State University.

Dirk is also very involved with his community. He is a founding member and elder of The Rock, Conway's Community Church which began in 2005 as a ministry for young people, people who have never gone to church, or people who have no interest in attending traditional churches. He is also involved with the Fellowship of Christian Athletes and has been so since he first attended an FCA Camp in Black Mountain, NC. He has been a member of the Horry County FCA Adult Chapter and has also served on the Coastal Area FCA Board in the past. Dirk also supports the Children's Mentoring Program of Horry County. 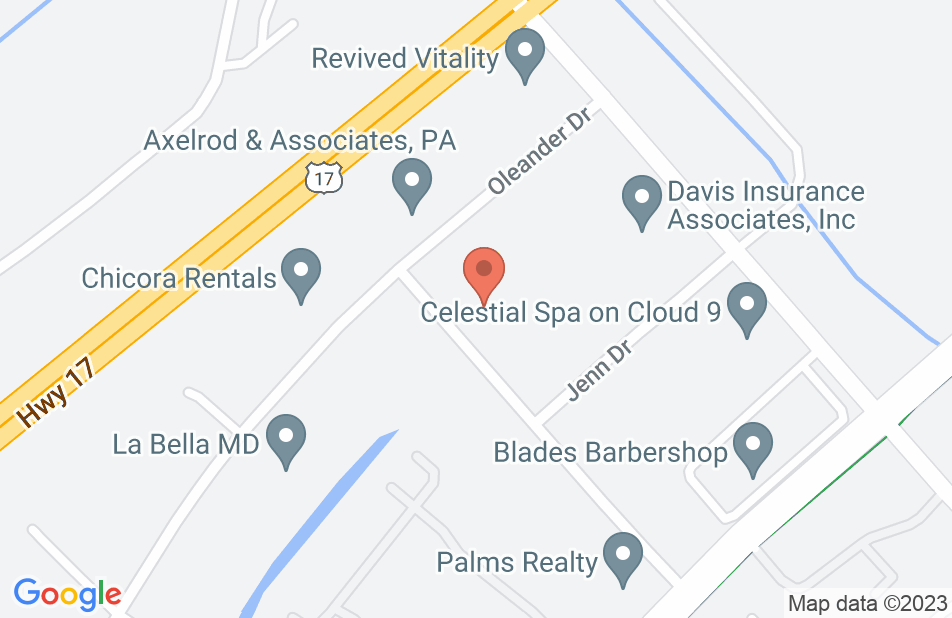 Dirk and his staff provided an initial consultation, taking time to become completely familiar with my case. They explained the process, fully answered questions, and offered advise on how to proceed. Once contracting for their services, the firm handled all filings and correspondence between the employer, insurer, and Compensation Board. They updated me with every action and made me feel that my best interest were protected and important to the firm. I am fully satisfied with the outcome.
This review is from a person who hired this attorney.
Hired attorney

We used The Derrick Law Firm for our wills. We were impressed by their professionalism, compassion, and competence. We recommend them on a regular basis.
This review is from a person who hired this attorney.
Hired attorney

I posted my question on Avvo, and was connect to Mr. Derricks office in Conway. They were quick to reply by email about my case, and were very helpful in helping me understand what I need for my case. Would recommend.
This review is from a potential client who consulted with this attorney.
Consulted attorney

The Derrick Law Firm made an unpleasant experience bearable. They guided me thru the experience every step of the way, answering all of my questions and explaining things so that I could understand what was going on. They treated me like family. I'm so glad that I hired the Derrick Law Firm!
This review is from a person who hired this attorney.
Hired attorney

This Attorney and his staff kept me informed on the progress of my case expeditiously. I find this Law Firm to be very professional, kind, and knowledgeable. I would recommend this Law Firm to anyone in need of legal assistance...

There was a time when a handshake was all a person needed to seal a deal. I believe Mr. Derrick is cut from that mold. He gave me a sense that he could be trusted and that he had my best interest at heart.

I had an amazing experience with Derrick law firm. Mr. Derrick took over my case when no one else would and made it happen. I had a please experience with very kind and professional people. I would refer people to this law fIrm. Thank you for all you did for me.

Dirk is a very honest, down to earth and personable attorney who seemingly looked out for my best interests. He is seemingly knowledgeable in regards to overall law and law practices. Although certain particulars of my case went beyond his area of expertise, I found it immensely impressive (and ultimately beneficial) that he brought in another expert attorney who was fluent in regards to these 'particulars'. To me, this displays great character and further exemplifies Dirk's orientation towards the client's best interest. Dirk is a homegrown SC local with an obvious familiarity of the local and state 'system' along with any involved professional personnel. It was easy to notice the respect and amenability during all the interactions with a mediator, witnesses and the opposing legal representation. I attribute this to Dirk's professional yet personable demeanor accompanied with the thorough and extensive amount of collected data that was attributable (and favorable) to my case. The communication lines between myself and Dirk or his paralegal were second to none. I was kept completely informed of everything pertaining to my case via phone calls and emails. I was also provided ample documentation (along with an explanation for anything above my understanding). Because of Dirk Derrick, I was able to attain the positive outcome I was seeking from the unfortunate incident I was involved in. If the need arises for legal representation in my future, Dirk Derrick would be my first call. I highly recommend Dirk Derrick.

Dealing with The Derrick Law Firm was the only good thing to come out of a horrible accident. Mr. Derrick and his staff, especially Beth Pensinger, kept me informed of everything that was going on at all times. They made sure I knew all the options and that I didn't have unnecessary worry wondering what was going on or what to expect. They were so comforting at such a rough time, and never made me feel that they didn't have time to answer my questions. The whole process was handled quickly and effectively and I feel Mr. Derrick is extremely knowledgeable and professional. I would definitely recommend his firm to anyone who wants competency, compassion, and results.

I was involved in a motorcycle accident and went to The Derrick Law Firm. They gave me the help I needed. The staff are all very friendly and professional. They handled and settled my case in a timely fashion.
See all reviews

Dirk is an excellent attorney committed to providing the highest quality representation to clients. I endorse this attorney without reservation.

A true professional. Incredibly knowledgeable, and result driven. I endorse this lawyer.

I endorse this lawyer. He is an experienced and hardworking attorney who will work tirelessly to ensure you receive the best possible outcome.

I endorse this lawyer. Responsible and respected member of the legal community

I highly endorse this lawyer. With over 26 years of practicing law, Dirk has the wealth of knowledge and years of experience that a serious personal injury claim requires. I also appreciate the time and energy he put into writing substantive content eBooks for his clients. Knowing what you are facing and what you can expect will give you the peace of mind you seek. I wish great continued success to Derrick in his firm. Robert Reeves

Dirk works hard. He's smart, he's courageous, and he gets results. He also shares his knowledge and experience with other lawyers so even folks who haven't hired him can benefit from his skills.

I endorse this lawyer. Dirk Derrick is a very knowledgeable attorney, and a zealous advocate on behalf of his clients. He is well respected in the legal field.

I endorse Mr. Derrick for his practice in personal injury!

I endorse this lawyer, he provides a great service to his clients.

I endorse this lawyer for personal injury.

Mr. Derrick is a very knowledgeable attorney with great legal insight. I am happy to endorse him.

I endorse this lawyer. He will fight hard for you.