Originally from outside the Washington D.C. area, Daniel moved to North Carolina in 2004 where he attended Elon University and Elon University School of Law. During his time at Elon Law, Daniel served as Student Bar Association President and a member of the Public Interest Law Society. Following his graduation from Elon Law in 2011, Daniel served as an assistant public defender with the Mecklenburg County Public Defender’s office for nearly two and a half years representing clients on a wide array of misdemeanor criminal charges and felony drug charges. Daniel joined Elliot Morgan Parsonage, PLLC in 2014.  A member of the Mecklenburg County Bar Association, Daniel is an active member of the employment law section. Additionally, he has served as the Vice-Chair of the Mecklenburg County Bar Association Criminal Justice section.

He is admitted to practice in:

-United States Court of Appeals for the Fourth Circuit

Daniel lives in south Charlotte with his wife Judy, a financial director at an insurance company, his two year-old son Reid, and their dog Bart. Daniel and his family belong to St. Peter's Catholic Church in Charlotte and in his free time he enjoys traveling with his family and fly-fishing in western North Carolina. 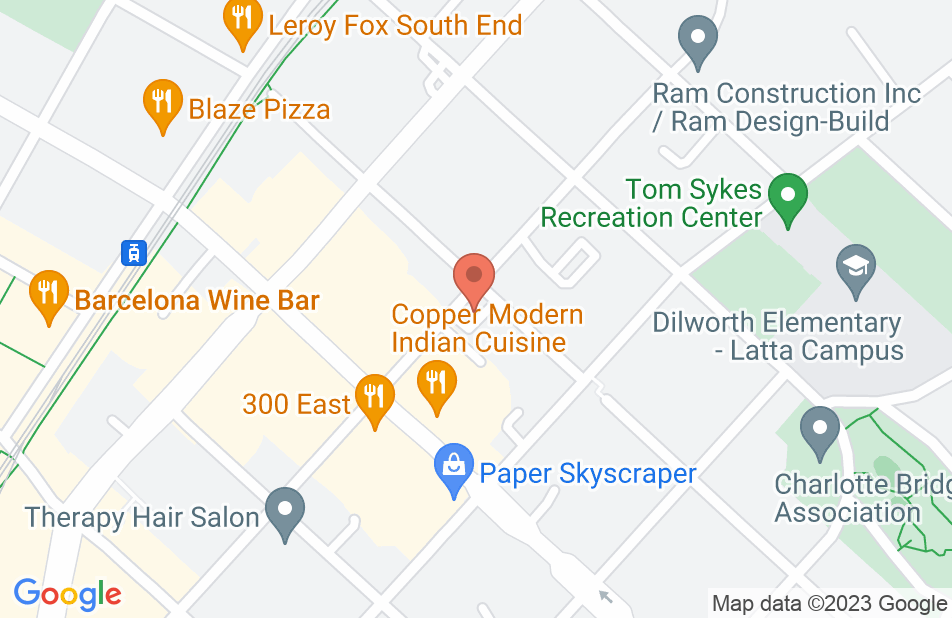 I cannot recommend Danny enough. When my claim was overturned and it appeared that I would have to come out of pocket and reimburse the state, I was hopeless of the outcome. After speaking with Danny, he assured me that we would fight this and come out on top. Boy was he right. Danny is very meticulous with his strategies. He researches the proper case law and really know employment law. His level of confidence and ability to communicate clearly are truly unmatched. If you want world class service with someone that can represent you exceptionally well, you need to work with Danny Lyon!
This review is from a person who hired this attorney.
Hired attorney

It is my privilege and honor to recommend Dan Lyon as your attorney. Dan is a very thorough and competent professional who always had my best interests in mind and will yours as well. I always felt like I was in very good hands. He never missed a scheduled meeting and he always took my calls. What I especially liked about Dan was his ability to remain calm when I was upset. He would calm me with his tone and calming manner. He is a solid lawyer who practices nothing but the best interest for his clients. I was informed mid May I was in violation of a policy and it was possible I would be terminated. I was referred to Dan, who I called immediately. He gave me excellent advice, was looking out for my best interest from the very start. He gave me his cell phone right away so I could contact him at any point. From the time I was first made aware of my job situation until I was terminated (10 days) he was available, even called to check on me to see how I was doing. His expertise with NC employment law is amazing, he knows what they are looking for and how employers can and will use your words against you. He will not need lead you down the wrong path. His prep work for your case will be well-researched presenting a compelling case on your behalf. I highly recommend Dan Lyon for wrongful termination and if necessary unemployment hearing. I also recommend you listen to him, do what he tells you to do and he will not lead you down the wrong path!
This review is from a person who hired this attorney.
Hired attorney

Easy to work with

I contacted Danny at the last minute about my case when my attorney changed her mind. He stepped right up, jumped right into my case, calling with questions and ideas. I had a challenging case to begin with, but he entered it with confidence and had a strong desire to help.
This review is from a person who hired this attorney.
Hired attorney

DAN IS YOUR MAN!

Mr. Daniel Lyons worked relentlessly as my Attorney on my Employment Case, where he fought tirelessly for me for over a 10 month span, and during that time he consistently was dependable, knowledgeable, professional, amazing throughout the mediation process and most importantly he always kept me informed on the status of my case and coached me on what I needed to do to help him get me the best results. With a case so complicated, over so much time it is unbelievable how much information needs to be stored, processed, recorded, referenced, reframed and presented---Mr. Lyons has an impeccable photographic memory and was able to command the respect of EVERYONE in mediation, as he utilized all of the information collected over the ENTIRE case period to conclude MY BEST OUTCOME in this case!! He's just the BEST!
This review is from a person who hired this attorney.
Hired attorney

After meeting with many attorneys who would not take my case, Daniel Lyon did. He represented me and helped me obtain results that others told me I would not be able to receive.
This review is from a person who hired this attorney.
Hired attorney

I consulted with this attorney, and in four minutes he was able to really improve my understanding of a situation involving the legality of wage docking in NC. A few things I liked about Lyon's consult: * Clear, easy to understand, concise * Gave me realistic determination of his own experience in this area * Consult was free: Most lawyers provide free consults, but they are usually very general. Lyon provided more information in 4 minute consult than I could find with three hours of googling and asking other lawyers, and did that for free. To me, this sends the message that he really does care about employees in North Carolina, a state that isn't exactly known for its progressive labor laws, and isn't just out to generate revenue.
This review is from a potential client who consulted with this attorney.
Consulted attorney

After being in a car accident, I contacted Daniel Lyon for legal advice. Not only was he attentive to my case but was concerned about my well being before anything. My case was settled relatively quickly and during the process Nataly and Dan stayed in contact with me to update me on the current status. I definitely would recommend Daniel Lyon for representation.
This review is from a person who hired this attorney.
Hired attorney

I consulted with Daniel Lyon regarding an employment issue. He was very responsive and knowledgeable. He gave me several options to pursue. Would definitively use him again.
This review is from a potential client who consulted with this attorney.
Consulted attorney

Danny was fantastic. No matter what day of the week or time of day, his responses were always quick and he was always available when I needed him. My case was for wrongful termination, as well as sexual harassment. He was very professional and provided the best experience from the paperwork, letters and documentation, hearings, and everything in between. I got the results I deserved and sought out for and I would highly recommend him.
This review is from a person who hired this attorney.
Hired attorney

Isn't afraid of a challenge

My case was rather complicated, it involved working over the phone as I live in a separate state, than where the claim was filed, and I had been turned down by other attorneys. Daniel took on my case and found a best case solution to resolve my legal issue. He is dedicated and hard working, all while keeping me updated on the progress of the case. His polite and professional manner made him a dream to work with over the months it took to settle the case. I would highly recommend his services.
This review is from a person who hired this attorney.
Hired attorney
See all reviews

Daniel is highly respected in the legal community. He is known as a solid litigator that fights for his clients.

Daniel is professional, prepared, and a fighter in the courtroom. He is extremely knowledgeable about the law and effective in his advocacy. I endorse Mr. Lyon.

Danny is a very trustworthy and honorable attorney. He is an advocate for his clients and is willing to fight for their rights. He is diligent and respected in the legal community.

Daniel is a terrific lawyer. His courtroom knowledge and passion for his clients set him apart from other attorneys in the community. I never hesitate to refer clients to Daniel because I know that he'll give them competent and intelligent representation.

Daniel is a great lawyer who is incredibly devoted to his clients. Daniel works hard to come up with creative and practical solutions to the real problems his clients face.

I've watched Daniel defend clients on a range of charges and can personally vouch for his competency and passion for defending those who he represents. He's a great lawyer with a stellar reputation. I endorse him fully.

Daniel is a great attorney and even better guy. He is a zealous advocate for his clients and is always beyond prepared. I give Daniel my highest endorsement.

I endorse this lawyer. Mr. Lyon is an exceptional attorney. He shows up prepared and zealously advocates for his clients. I recommend Mr. Lyon’s services without hesitation.

He is trustworthy, smart, and skilled.

Danny Lyon understands people on all sides of a dispute ~ this plays a key role in his success. His ability to anticipate and persuade allows his clients to prevail. He's an excellent attorney.

Mr. Lyon is smart, poised and always on top of his cases. I would recommend his services.

I endorse this lawyer. Mr. Lyon is a wonderful person and a brilliant attorney.

I endorse this lawyer. Excellent and highly respected attorney.

Daniel is a wonderful advocate for his clients both in and out of the courtroom. His experience as a public defender gives him an edge above others in civil court. Clients will certainly benefit from his knowledge and experience.

I endorse this lawyer. Daniel has an excellent reputation in the legal community.

I endorse this lawyer. Mr. Lyon has a skill in clearly communicating his points in terms that are easy to understand and carry out. I look for him to continue to be a rising star in the legal community and I would not hesitate to rely on his professional legal guidance.