My Practice is built on doing the right thing for people. It’s built on personal relationships with clients, families and communities.  I return every phone call I receive during business hours the same day it is received. I'm Personally Invested in each case and each client that enters my office. My clients know that I will do anything in my power to help them, not just with their case, but with life. I handle State Criminal Cases, Federal Criminal Cases, Speeding Tickets, Misdemeanor Criminal Cases & Felony Criminal Cases. 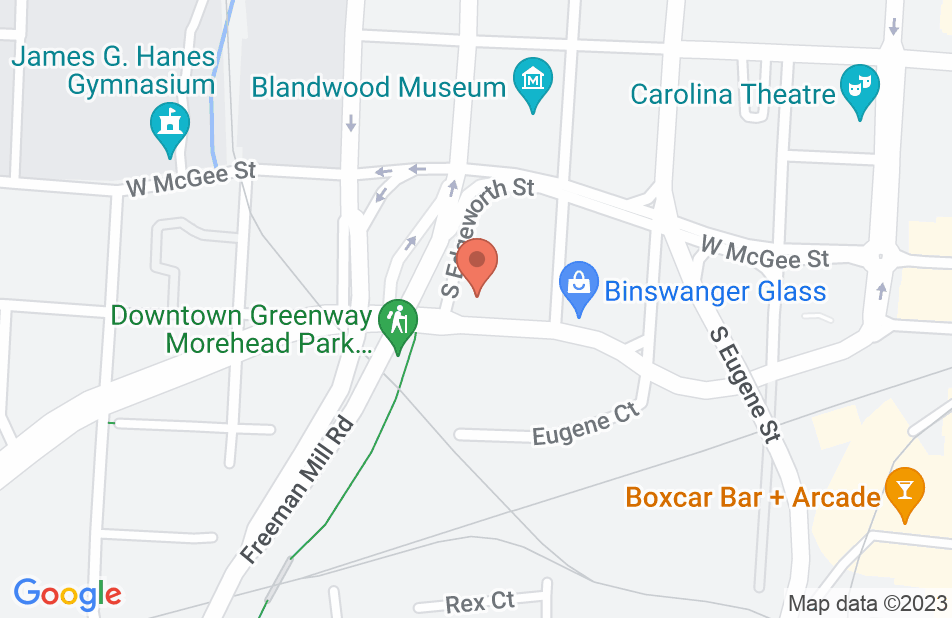 Best Attorney AND an Awesome Person

I first contacted Jason with a outstanding warrant for failure to appear at a court for a misdemeanor marijuana possession. I was skeptical because I've never worked with a attorney before and had heard that they're all scum and money hungry. After speaking with Jason on the phone for the first time, I immediately knew that he was different and really cared about people and helping them. He gave me an EXCEPTIONAL retaining fee to get my warrant withdrawn and take on my case to get it dismissed. While other attorneys were trying to charge me over $1500 for my very small case, he made it super easy for me to hire him. Taking care of my case was a very long process, because in the middle of handling my case I relocated to NY. He had to continue my case every month for 6 months until I was able to make it back to NC for the "First Offender's Program" to get the dismissal. Jason not only handled my case for almost a year and a half but he never asked me for any more money than we had originally agreed upon. Every time we have spoken over the phone he has always told me, "Never hesitate to call me for anything, you're never bothering me." I've never spoken too or worked with any attorney that was so passionate about the people he works with and actually cares about how he handles those people! I would definetly recommend him,and the rest of his firm, to anyone with any issue in Guilford county. He will forever be my favorite attorney! If I could give a higher rating I would!
This review is from a person who hired this attorney.
Hired attorney

Contact Jason last year due to some trouble I got into with shoplifting. I had a prior charge for the same offense three years earlier. Once I set up a meeting with Jason he assured me that this is something he can handle. So I went ahead hired Jason to represent me. Once I did he made everything happen. He informed me that I could get my prior case expunged while he continued my current case until the expungement was finished. Once my expungement was complete a new court date was set. Jason showed up and let me know my new case was dismissed like it was nothing. Throughout the whole process Jason and his associates kept me informed by phone and letters with updates. Anytime I needed to get in contact with him with further questions he was always there to answer. He had definitely been one of the best lawyers I've ever had.
This review is from a person who hired this attorney.
Hired attorney

Amazing lawyer and law firm, great guy helped me through my case and took 100% of the worries away. I would definitely recommend this lawyer to anyone who needs help.
This review is from a person who hired this attorney.
Hired attorney

I was involved in an altercation that would forever change my life. I was referred to Jason Aycoth for help. Help wasn't all I received. Jason discussed my case with the DA. Together after reviewing my case, they took my personal record and military record into consideration. Next, a miracle was presented. Jason and the DA gave me a path to resolving my case and a path to clear my record. I've never had to use an attorney in this capacity but, rest assured, Jason Aycoth and his team earned a 5 star rating from me. I fully endorse and recommend him to any potential clients.
This review is from a person who hired this attorney.
Hired attorney

My lawyer along with his staff were a great team to work with they made sure I was kept up to speed about everything that was gone never did I feel like I didn’t have it in my control I would definitely recommend Jason To anyone for a job well done!!!!! Thanks again for your hard-working team and everything that you guys done because without you my life could’ve been headed down the wrong road !!!!!
This review is from a person who hired this attorney.
Hired attorney

This is the best law firm around. They have helped me with a serious case which resulted in the best outcome it could be. Jason is a loving person that will put a smile on your face. You can trust this firm to take care of everything and take stress away. Highly recommended!
This review is from a person who hired this attorney.
Hired attorney

He’s who you want!

I am beyond satisfied with Mr. Aycoth’s services. I ran into an unfortunate situation with the law and was referred to Jason by a mutual friend. Jason only made men one promise and that was to pool all his resources and give my situation his all. He held true to his word and was able to get my case completely dismissed and my funds returned. I couldn’t thank him enough.
This review is from a person who hired this attorney.
Hired attorney

My Lawyer won my case. I'm very Happy with his service's. I would definitely recommend him to my family and friends.
This review is from a person who hired this attorney.
Hired attorney

Honestly this is the Best lawyer for hard to win cases. If your down bad on your luck and have a case that looks like you’ll be doin immediate jail time Aycoth is your guy. I hired him on a Felony Possesion Firearm and Multiple Assault with Deadly Weapon Offenses and I was acquitted of all Charges. Give this man a call.
This review is from a person who hired this attorney.
Hired attorney

I met Mr. Aycoth in 2014 through referral from a close friend. I had already heard so many good things about him i honestly didn't think he could out do their presentation of him but he did. He makes you feel comfortable about your situation and that your 100% in good hands. I've had other attorneys in Greensboro before but honestly there's not one attorney who cares about you and your situation as Mr. Aycoth does. He is not like most lawyers who are just after money. He truly has the best interest in you & your situation. I can tell you since meeting Mr. Aycoth he is very hardworking, sincere, emphatic, and very diligent because Mr. Aycoth goes over and beyond for his clients. I was wrongfully accused at the end of 2016 right before Christmas. Facing multiple felonies I lost my job and missed out on alot of opportunities and didn't know if i would bounce back from it. It was a Stressful situation knowing you love what you do and have a family to feed. I told Mr. Aycoth the situation and he told me Dont stress yourself J i got you. He's a man of his word and long story short Mr. Aycoth went over and beyond to made sure my name was cleared and helped me get everything back on track. He keeps in contact with you whether he calls you or sends you a email and also is at every court date. I promise you he is the best in this area by far and u can't go wrong with Mr. Aycoth. His work is beyond 5 stars.
This review is from a person who hired this attorney.
Hired attorney
See all reviews

I endorse this lawyer. Jason Aycoth is an excellent attorney and he will work as hard as anyone to get the results that you deserve. I've known Mr. Aycoth for 7 or 8 years now and my opinion hasn't changed a bit.

Jason is personable and knowledgeable. Both from the cases when we were opposing counsel to each other as well as shared cases, Jason was the epitome of professionalism.

I endorse Attorney Aycoth! I've heard nothing but great things about his abilities in the courtroom. It's evident that he maintains great professional relationships and secures the best possible outcomes for his clients.

Jason understands the importance of keeping clients well-informed about their cases. Customer service is job one for Jason! Not just a good lawyer, but a good man as well!

Blake Marcus, DUI and DWI Attorney on Dec 16, 2014
Relationship: Other

Jason is a great guy and a great attorney. I endorse him whole heartedly.

Jason not only has exceptional advocacy skills and outstanding legal knowledge, but he makes the extra effort to truly connect with his clients and their needs. He always goes the extra mile to protect his clients not just in terms of getting them the best result in court, but advising them and fighting for them when their case can have outside consequences. No search for a criminal defense attorney should be considered complete without calling Jason.

I endorse this lawyer. Mr. Aycoth does has an excellent approach and achieves superb results for his clients.

I have known Jason since we attended law school together. He is an outstanding attorney and member of the community. When my friends or my own clients need advice on criminal defense matters, I refer them to Jason and my clients are always very pleased. If I were in need of help in the areas in which Jason practices, then I would consult him myself.

Jason is a former public defender and is definitely one of the rising stars in the criminal defense bar. He's a great person and a great lawyer.

Jason is a tireless advocate for his clients.

I've known Jason for several years now. He is a tireless advocate for his clients and always gets the best result.

Strong advocate for his clients. Great defense lawyer. I certainly endorse this lawyer.