Will has dedicated his entire career as an attorney to the litigation of civil and injury claims where he has represented only plaintiffs. Prior to forming Owens & Miller, Will was the Lead Attorney of the Personal Injury Division of a statewide high volume television marketing injury firm based in Raleigh. Will has a proven track record with appearances in the Superior Court Divisions of 35 counties throughout North Carolina, with numerous jury cases tried to verdict in 8 of these counties. In addition, he appears before the North Carolina Industrial Commission and federal court in the United States District Court. He has successfully negotiated, prosecuted, and litigated claims and cases with all major insurance carriers and most defense firms throughout central North Carolina. Will is frequently selected by fellow attorneys to serve as an Arbitrator in the binding arbitration of contractual disputes typically involving insurance coverage. Will has taught seminars at continuing legal education (CLE) courses, where he has helped teach other attorneys the in’s and out’s of civil litigation, trial work, and insurance coverage.

Will is a member of The Million Dollar Advocates Forum, which is recognized as one of the most prestigious groups of trial lawyers in the United States.  Membership is limited to attorneys who have won million and multi-million dollar verdicts, awards and settlements.  The organization was founded in 1993 and there are approximately 3000 members located throughout the country.  Fewer than 1% of U.S. lawyers are members.  Forum membership acknowledges excellence in advocacy, and provides members with a national network of experienced colleagues for professional referral and information exchange in major cases.  Members must have acted as principal counsel in at least one case in which their client has received a verdict, award or settlement in the amount of one million dollars or more.

Will is also an active member of the North Carolina Advocates for Justice, as well as the Association of Plaintiff Interstate Trucking Lawyers of America (APITLA), which is a national organization of committed attorneys who have joined together to help eliminate unsafe and illegal interstate trucking practices.

Will was honored to be recognized by a "Rising Star" in SuperLawyers magazine in 2013, 2014, 2015, & 2016.  Upon nomination, a research team reviews the credentials of potential candidates and assigns points based on a set of defined evaluation criteria. The point totals from the general survey and research process are then added to arrive at a final tally. The lawyers are ranked by point totals and those with the highest point totals are named to the Rising Stars list. No more than 2.5 percent of the lawyers in the state are named to the list. To ensure a diverse and well-balanced list, the research staff considers factors such as firm size, practice area and geographic location.  http://digital.superlawyers.com/superlawyers/northcarolina2013#pg1

In July 2013, Will was honored to receive an AV Preeminent® Peer Review Rating from Martindale-Hubbell, a division of LexisNexis®.  The AV Preeminent Rating is Martindale-Hubbell's highest possible rating for both ethical standards and legal ability.
http://www.martindale.com/William-D-Owens/4954414-lawyer.htm
Will enjoys the satisfaction of a job well done, along with the look of satisfaction on his clients’ faces after he has helped them through a difficult time. Will’s current practice includes but is not limited to Complex Civil Litigation, Personal Injury Claims, Wrongful Death Claims, Tractor Trailer Collisions, Motorcycle Injury Claims, Worker’s Compensation, and Premises Liability Claims.
Will was born and raised in Oxford, North Carolina, as the son of two public school teachers. He attended the University of North Carolina at Wilmington where he earned a Bachelor of Arts degree in Criminal Justice in 1998 (and also met his wife Samantha). Prior to attending law school, he worked at IBM in Research Triangle Park, where he represented the interests of IBM in the negotiation and resolution of commercial financial contract disputes. After time in the business world, Will attended Norman Adrian Wiggins School of Law at Campbell University where he earned a Juris Doctorate while graduating with honors in the top of his class. While at Campbell, he earned Book Awards for Pre-Trial Litigation and North Carolina Motor Vehicle Law. He also received Honors Awards in Advanced Trial Advocacy.

Will and his wife Samantha, who is a Clinical Research Auditor here in the Triangle, make their home in North Raleigh along with their son, Zachary. When not in the courtroom or office, Will spends his time fishing, boating, canoeing the Neuse River, golfing, landscaping, and spending as much time as possible with good friends in coastal North Carolina. 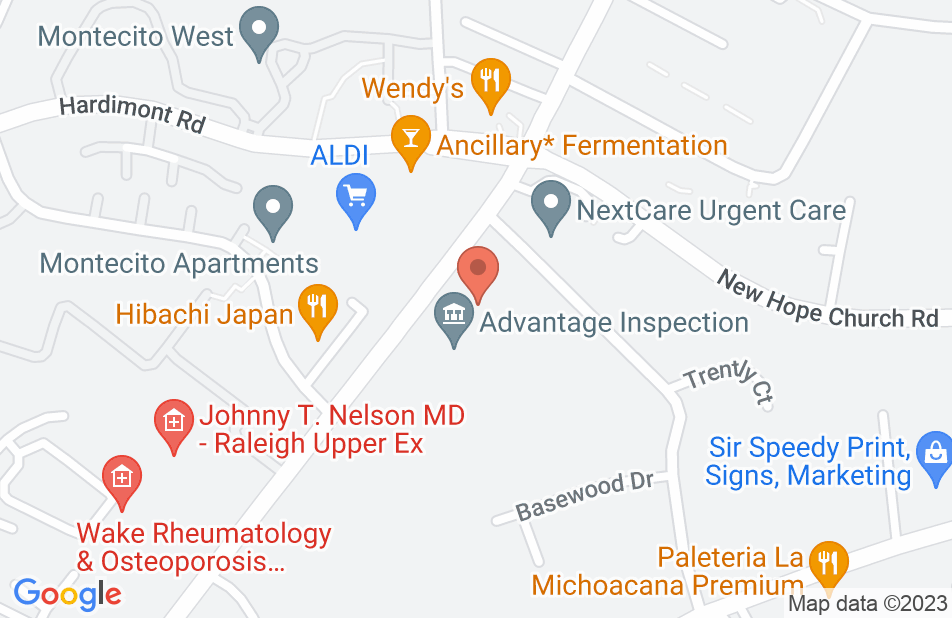 I was referred to Owens & Miller. I was hesitant at first because I was a novice regarding knowledge of the legal system & unfamiliar with how the personal injury claim process worked. I was also unfamiliar with the company and had a bevy of questions to ask. I was met with open arms as soon I walked into the offices of Owens & Miller. I had a consultation with Mr. Owens where he sat down with me and explained how the legal process worked regarding personal injuries. He answered every single question that I had with a fine-tooth comb & gave me clarity on what I should expect if I decided to procced with my legitimate case. I immediately choose the firm to represent me because I felt that I could trust the firm to handle my case with the delicate care that it deserved. After the conclusion of my personal injury case, I am pleased to announce that Owens & Miller helped me win my personal injury claim that they filed against the insurance company of the driver that was at fault. The firm also recovered a handsome amount from the settlement offered from the insurance company. Hiring Owens & Miller to handle my personal injury case was the best decision that I have ever made and I highly recommend Owens & Miller to anybody that is seeking to hire a law firm that will use every tactic in their arsenal of legal knowledge to fight for you & make sure that you are the winner in whatever legal personal injury case that you may have.
This review is from a person who hired this attorney.
Hired attorney

Recommendation for Will Owens

I recommend Will to anyone who is looking for an honest, trustworthy attorney who truly has the clients best interests in mind. He is knowledgeable, patient and really cares about his clients. Highly recommended.

I endorse this lawyer. Will is professional, courteous and helpful.

Will is a highly skilled, experienced and knowledgeable attorney. I highly recommend Will.

I endorse this lawyer. I have gotten to know Will in the last year or so and find him to be highly dedicated to his work. A true professional.

Attorney Owens is a knowledgeable lawyer who is generous with his time and expertise. I recommend him.

I endorse Mr. Owens. As evidenced by the number of questions he has answered on Avvo, he has a great understanding of the law. One can deduce through his many work experiences that he is a stellar attorney.

I endorse this lawyer. Mr. Owens has a great reputation in the community as an excellent trial lawyer and demonstrates an unparalleled committment to his clients. He is a credit to our profession.

Will is an outstanding trial lawyer. One of the key things that sets him apart from many of his colleagues is his tenacity and determination to succeed. I fully endorse this lawyer.