John Cooper has been practicing personal injury law in Virginia for over 25 years. His long and in-depth knowledge of personal injury and wrongful death cases means other lawyers often refer him injury cases.

Since he set up Cooper Hurley Injury Lawyers in Norfolk with Jim Hurley in 2011, John Cooper has won many multi-million dollar cases for clients who suffered terrible injuries on the highways of Virginia or families who lost loved ones.

John Cooper has forged a reputation for battling hard against the insurance companies to secure clients the compensation they deserve.

He is licensed to practice law in Virginia, North Carolina, and West Virginia. He has represented injured people in federal and state courts, including the Virginia Supreme Court.  John Cooper is admitted to practice in U.S. District Courts in the Eastern and Western Districts of Virginia and the U.S. Fourth Circuit Court of Appeals.

John Cooper was born in Norfolk, Virginia, and raised in Norfolk and Virginia Beach.  Both of his parents were lawyers.  His father was a tax attorney and he followed in his footsteps by going to the University of Virginia Law School, graduating in 1988. His mother went back to law school at the College of William and Mary in Williamsburg, Virginia, when she was raising three children after an earlier career as an English professor at Old Dominion University in Norfolk, Virginia.  John Cooper said it was clear from early that he would be a lawyer. “I truly love what I do,” he said.

John and his wife Monica have three children. Their son Matthew is following in John’s footsteps and is studying law at UVA.

John Cooper holds a 10 out of 10 rating with Avvo, and the highest rating (AV) granted to attorneys by Martindale-Hubbell Lawyer Rating Service. He is recognized by Virginia Super Lawyers, an accolade only 5 percent of attorneys in the state attain.

John Cooper is a Governor At Large of the Virginia Trial Lawyers Association (VTLA). He works tirelessly to bring continuing legal education (CLE) events to attorneys across the state.

One thing that sets our firm apart from the competition is the fact that our sole focus is on personal injury law. Law partners John Cooper, Jim Hurley, Bill O’Mara and Griffin O'Hanlon do not split their attention between several very different practice areas. They devote their 50+ years of combined experience entirely to Virginia personal injury law. This specialization enables us to stay on top of all changes in the Virginia Code and Supreme Court cases, using our knowledge and up-to-date familiarity with Virginia law to our clients’ advantage.

Cooper Hurley Injury Lawyers is not a factory firm where clients are seen as a way to increase our own profits. Instead, we view each client as a member of our own family and pride ourselves on supporting them the same way we would one of our own family members during a difficult time in their life. Please see our Cooper Hurley client reviews to find out more about our firm. 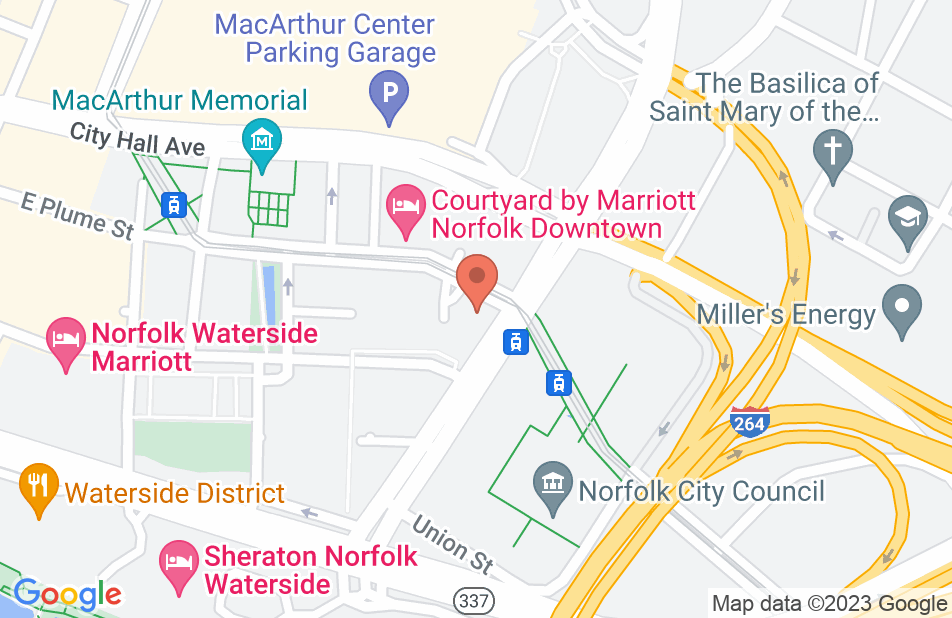 Very professional. John understood what I was feeling. Some attorneys are pushy, but John doesn't do it for the money. He actually cared about me. His team always kept me notified. I would recommend him to any and everybody.
This review is from a person who hired this attorney.
Hired attorney

John was very courteous, patient, and knew everything I was going through. He did everything in his power to get me what I deserve.
This review is from a person who hired this attorney.
Hired attorney

They will look under every stone

Thank you guys! You were the best an injured person could have! No unreturned calls an so much understanding. You walk in my shoes, an helped to resolve it. John Cooper, Charles, Stephanie, Tiffany, Brittany....thank you an may God continue to bless you!
This review is from a person who hired this attorney.
Hired attorney
John Cooper's response: You are very welcome Angelique! It was a pleasure to help you every step of the way.

Did a good job.

Hired John after car crash...Would recommend him. Did a good job.
This review is from a person who hired this attorney.
Hired attorney

John Cooper Made Everything Easy for Me

My case was simple and complicated due to too many health care providers and not enough insurance. I was hurt in a car crash in July, 2014. I was very happy with John Cooper and the result he achieved for me. I would recommend him to anyone.
This review is from a person who hired this attorney.
Hired attorney

Nothing But Praise for John Cooper

I have nothing but the highest praise for Copper Hurley Injury Lawyers and the way they handled my case. They were professional and courteous they were completely on top of things from beginning to end. I'd recommend them to anyone going through an injury case.
This review is from a person who hired this attorney.
Hired attorney

My experience was great

My experience was great, I was very pleased with Cooper Hurley's service they kept me up to date with my case at all times and went above and beyond for me and my children
This review is from a person who hired this attorney.
Hired attorney

Many thanks to John Cooper

I am so pleased with my experience with Cooper Hurley. From start to finish they treated me like a priority. You can hire anyone to settle a lawsuit for you, but to find a law firm that makes you feel like family is priceless. Thanks again for all your hard work in really helping me get the settlement that I deserved.
This review is from a person who hired this attorney.
Hired attorney

John Cooper is a Dedicated and Trustworthy Attorney

I have known John Cooper for more than three years. I respect his abilities as a personal injury attorney in the Hampton Roads area. He is very well respected in the community and one of the best attorneys in his field. He's a trustworthy individual who works very hard for his clients.

John Cooper is an outstanding citizen and respected member of this community. I have had the privilege to serve with him on the board of directors of our house of worship and found him to be ethical, moral and understanding
See all reviews

It is my pleasure to recommend John as personal injury lawyer. I have known John for over 25 years and he is an accomplished trial lawyer who diligently prepares each case to obtain the best possible result. I have had the pleasure of trying a number of personal injury cases with John and his trial skills are truly outstanding. John is a strong advocate for his clients he has assembled a solid team at Cooper Hurley. Keep up the good work John!

I first met John years ago when I was defending a large Fortune 500 corporation in a personal injury lawsuit John brought on behalf of his client. John was professional and extremely knowledgeable about the specific intricacies of our particular case. John is well respected in the personal injury community and I recommend him without hesitation.

I endorse this lawyer highly. He is one of the preeminent personal injury lawyers in Hampton Roads. He wins difficult cases, and consistently exceeds expectations.

John is an active member of the Virginia Trial Lawyers Association and is dedicated to promoting professionalism within the trial bar and protecting the liberties, rights, and benefits of an efficient and constitutionally sound judicial system.

I endorse John. He is a brilliant, hard-working attorney who understands the importance of putting the client first. I was always impressed by John's tireless devotion to his clients. He is definitely one of the top trial attorneys in Hampton Roads.

John is a top notch personal injury attorney and very well respected by his peers.

Joseph Miller, Personal injury Attorney on May 28, 2013
Relationship: Worked together on matter

I endorse this lawyer's work. I have known John for more than 20 years. He is hard working, skillful and determined in all of the cases that he handles. I refer all clients who come to me with personal injury cases to John because of the confidence that I have in him. Mary G. Commander Norfolk, VA