The Law Office of Thomas Maronick Jr. will fight for you in your legal matters.

Mr. Maronick is the former deputy clerk to a Circuit Court chief judge.

He is licensed in the U.S. District Court for the District of Maryland as well as the State of Maryland.

He has served as legal analyst for local radio and  TV stations during the trials of public interest.  Appearances locally include WBAL, FOX, WMDT, and WMAR, serving as a regular panelist on "The Marc Steiner Show," on WEAA, being quoted by The Baltimore Sun and Daily Times.  Internationally and nationally, Mr. Maronick has served as a regular legal analyst to Canadian cable news, CCTV News, including on their prime-time broadcasts.

Offices are in Baltimore City, Ocean City and Annapolis.  Satellite offices are in Bel Air and Silver Spring.  But the firm takes cases all over the State.

Mr. Maronick is also a well-regarded jazz singer and songwriter and host of a weekend radio program on legal and current events issues on WCBM. 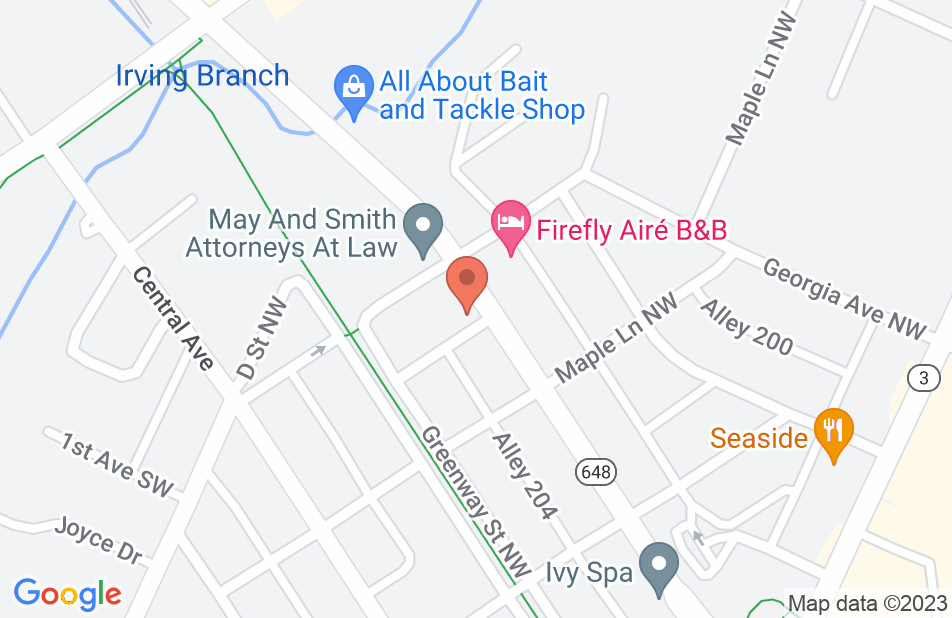 This Man is a good man . He saved my life with a good decision with a plea deal that was in my favor his office in Ocean City was kind helpful and was determine to keep me out of jail . Those results kept me here ..Thanks Mr. Maronick
This review is from a person who hired this attorney.
Hired attorney

Maryland's best Attorney Tom Maronick was hired to represent my son who was facing 10 to 15 years for 4 felony and 4 misdemeanor charges. Tom from the very beginning did an outstanding job. He took the time to Consult with my son on several Occasions while he was in jail which help him and our family get thru this very difficult time in our lives. Two weeks before Trial Tom was able get a very Favorable Plea deal which removed 4 felony charges and 2 Misdemeanor's. Our family would like to Thank Tom Maronick for the superb Representation he provided for our Son! Sincerely Jeff H.
This review is from a person who hired this attorney.
Hired attorney
Thomas Maronick's response: Jeff - this was a very tough case. It means a lot hearing all the kind words. We are very happy for the outcome!

My experience with Attorney Thomas Maronick Jr was great and very professional. He and his personal in ocean city and Glen Burnie are very professional and dedicated He communicated with us throughout the process and answered all questions. He prioritized all concerns that needed to addressed A very brilliant, committed and sedulous person. Overall was very sensitive to ones feeling and very dedicated to the case
This review is from a person who hired this attorney.
Hired attorney

Great experience overall Mr. Thomas Maronick as my attorney. Tom understands his client, very insightful and is an expert in his field. Truly a professional and marvelous individual. Thank you for your help!
This review is from a person who hired this attorney.
Hired attorney

Mr. Maronick was outstanding in many ways. He listened, he cared and most importantly fixed the problem. I trusted him and put my faith in him and he came through. Thanks Tom!
This review is from a person who hired this attorney.
Hired attorney

Thomas Maronick Jr is an Excellent Lawyer! He worked hard and diligently to resolve my case. He paid close attention to my needs as a client and he was very responsive and attentive. I highly recommend retaining Thomas as you attorney. He will stand by your side and ensure you win.
This review is from a person who hired this attorney.
Hired attorney

He is an exceptional attorney handling my case, and able to provide the right directions to get out of the criminal case. He is a listener and able to identify the options to prepare for the jury trial. I would strongly recommend this attorney. You may be missing your rights and legal meritorious claims and its outcome, if you can't hire him.
This review is from a person who hired this attorney.
Hired attorney

I was 18 years old working my first job and I started making foolish decisions and got arrested. I was charged with 2 Felonies, possibly facing 10 years in prison. Attorney Thomas Maronick understood how remorseful I was and fought to give me a second chance. Thomas Maronick has given me an opportunity to prove my true character and redeem myself. Thomas Maronick is very familiar and well respected in the Harford County Maryland Courts. He has a top notch working knowledge of the many legal nuisances and expectations of prosecutors and judges alike in Harford County Maryland, which affords his clients the best outcome in their cases. Thomas Maronick skillfully and simultaneously represented two other defendants on the same date of my trial and later that day we all discussed our verdicts and each one of us was very satisfied with the decisions. I highly recommend you hire Thomas Maronick to represent and fight for you in the Harford County Maryland Courts!
This review is from a person who hired this attorney.
Hired attorney

Mr Maronick treated me with respect and was very professional I would definitely use him and his team if ever needed to the future
This review is from a person who hired this attorney.
Hired attorney

Tom, provided our family business with guidance in a civil lawsuit. His firm provided excellent advice and was very cognizant of our limited budget for representation in the matter. His firm was able to help us resolve the case without us accruing excessive legal fees. He is a fair and honest professional!!
This review is from a person who hired this attorney.
Hired attorney
See all reviews

Tom is a passionate and skilled advocate in DUI/DWI , criminal defense and personal injury. Few lawyers have the personal knowledge he has of the tendencies of countless police, prosecutors and judges and how they think, react and their strengths and weaknesses related to the law. This knowledge covers countless counties throughout the state as Tom is called to assist clients in all parts of the state.

Tom travels Maryland to make sure his clients are not being taken advantage of. He's an excellent attorney and advocate.

I'm proud to endorse Thomas J. Maronick, Jr. as a lawyer who is serious about DUI defense. As a member of The National College for DUI Defense, Thomas is committed to DUI defense, and will work hard to help you through this stressful situation. If you've been charged with a Baltimore DUI, call Thomas and ask for help.

Tom is a great lawyer who works hard for his clients. I highly recommend him.

I endorse this lawyer. I have always thought highly of Tom based on my observations of his court room skills. I have recently had the pleasure of working with him on a complex matter. My initial impressions were correct. Tom is thoughtful, prepared and professional.

I endorse this lawyer. I prosecuted a serious felony against one of his client's several years ago, and found Tom to be an extremely competent adversary.

Thomas Maronick is an experienced attorney whose participation and comments in Avvo show his commitment to serving clients as well as his level of experience. He is an excellent attorney that I recommend wholeheartedly.

I endorse this lawyer. Tom knows his business. He is the lawyer you need when you are in a struggle.

I endorse Thomas Maronick and recommend him to any clients in the greater Baltimore area seeking legal assistance. He is knowledgeable, experienced and aggressive. He also has a stellar reputation amongst his peers and colleagues.

Tom is an excellent attorney who has a stellar reputation both among his collogues and within the greater legal community. Not only is he extremely knowledgeable within his practice area, but is also a fantastic litigator. I would highly recommend Tom.

I have known Tom for several years and watched him in court. His colleagues and the bench hold him in high regard. He is always thorough, thoughtful, and prepared. I would not hesitate to hire him.

I have observed Tom in court and seen firsthand how he fights for his clients. I endorse this lawyer.

Tom is a true professional who is committed to achieving the best results for his clients.

Tom Maronick is an aggressive and effective advocate for his client. I highly recommend him.

Tom is a high caliber attorney with an impressive record of representing his clients in personal injury cases. He's familiar with most jurisdictions in Maryland and is widely respected by his legal peers. I would highly recommend his services.

I endorse this lawyer. I have been a licensed Connecticut attorney handling consumer credit cases for 12 years. Attorney Maronick zealously represents consumer rights in State and Federal Courts. If i needed an attorney to represent my interest in Bankruptcy he would be my Number "1" choice! Michael W. Kennedy