Mr. Antonoplos is admitted to practice in the District of Columbia in 2004 and New York State in 2002 and Maryland in 2010. 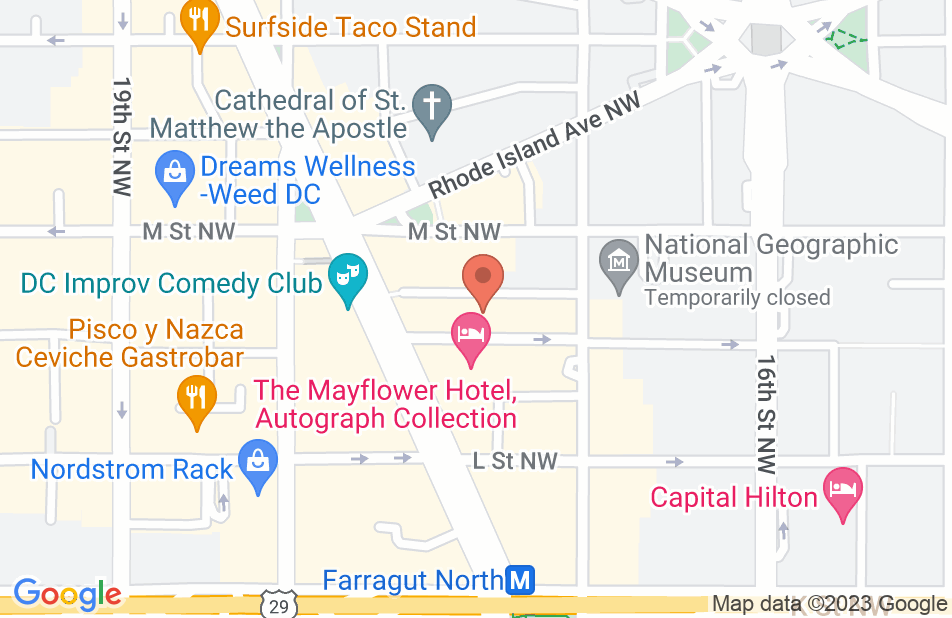 We worked with Peter on the purchase of a new house. He was very honest and caring about our goals and objectives. He was hard working and met deadlines on time and was very reasonable with his bill. We would certainly recommend him to anyone looking for a good real estate attorney.
This review is from a person who hired this attorney.
Hired attorney

Our company was involved in two lawsuits at the same time. Peter Antonoplos led the more extensive litigation and worked tirelessly on our case for about a year, plus the courtroom trials. The other party utilized a larger firm and paid probably 3 times as much as we did for representation, and received low-quality counsel. That suit ended in our favor and has helped propel our company to considerable heights. I rarely give 5-stars to anyone, but Peter is in that super-rare category of person who goes above and beyond for his clients.
This review is from a person who hired this attorney.
Hired attorney

Would recommend to all friends and family

I had a fantastic experience using the law services at Antonoplos and Associates. I highly recommend them to friends and family!
This review is from a potential client who consulted with this attorney.
Consulted attorney

My wife and I were canvassing the DC area for an attorney to assist with our estate/trust planning in 2013, and we hired Peter shortly after meeting with him. He was patient as we peppered him with questions, and he was specific with his responses. We were comfortable with Peter. We met again this month (Oct 2016) to update our estate/trusts (home refi) and Peter guided both my wife and I through the process -- again, very comfortable experience. I'm looking forward to using Peter and his team to guide us through the process of renting out our home in DC in 2017.
This review is from a person who hired this attorney.
Hired attorney

I Always Win with Antonoplos & Associates!

My father and I have retained this firm for several cases. Each time we have received superb service. If you want top notch legal representation and personalized service then you should hire Antonopolos & Associates. You can't go wrong.
This review is from a person who hired this attorney.
Hired attorney

Courteous and Capable; Kindness to Kids Above and Beyond

Peter was courteous and more than capable in doing the estate planning for my wife and I. He explained options through a respectful dialogue, was responsive to our wishes, and made discussing death as comfortable as possible. We are glad that his services were fully covered by our group legal plan, and the primary outcome was a long and beautifully bound estate planning portfolio that we understand and are confident in. As importantly, he and his professional staff went above and beyond to accommodate our schedule and growing family - a toddler and an infant - with toys (including one to take home each visit), patience, play, and kindness. If more lawyers were like Peter, we'd have to find a new subject for jokes.

My wife and I met with Mr. Antonoplos to discuss a dispute we were having with an adjacent property owner. We initially talked to his receptionist, who scheduled our appointment with him. The process was easy and she took the time to give us an idea of the documents we should bring to the meeting. Mr. Antonoplos, is very energetic. He is a whirlwind of energy and clear enjoys practicing law. We spent about an hour discussing our matter and reviewing documents. Our case took about four months to resolve, and Mr. Antonoplos was awesome through out the whole process. He sent us weekly updates of our case and did a great job, keeping us informed and forwarding materials to keep us involved in the process. We were particularly impress by the level of preparation Mr. Antonoplos had for each of our court hearings and meetings with the other side. As a young attorney I think he is going to have a very bright future.

Life is a lot more complicated than it was 12 years ago when I did my first will, but working with Peter Antonoplos made the updating easy -- complete with comprehensive estate and tax planning. He's personable, professional, explained everything in plain English and fully answered every question I asked. Additionally, his questions gave me pause for thought and caused me to really, truly consider how I wanted to do things. Peter very quickly delivered the initial draft -- two days after our meeting. He made a task I'd been dreading so easy. Bonus - pleasant front desk and convenient downtown location.

Courteous, highly knowledgeable and professional, no nonsense and patient with layperon's questions. Peter was exactly what we needed in our estate planning process.

Peter's advice was invaluable in helping my family navigate the legal steps we needed to take on behalf of my mother's estate after she passed, from probate issues to helping us with real estate and the trusts my mother had set up during her life, including a special needs trust. Peter made what was a very emotional and confusing process so much less stressful for us. He took the time to clarify each step and managed everything seamlessly. His disarming and kind nature was an added bonus to his expertise and command of the law. We will definitely use Peter again for our legal needs.
See all reviews

I recently worked with Mr. Antonoplos on a hotly contested matter. I was impressed by his creativity and intuition, and would not hesitate to recommend him to a potential client.

I endorse Peter Antonoplos. He was a terrific help in providing assistance with one of my client's matters.

Peter and I worked together in the same firm. He was always a diligent worker, and exemplary advocate for his clients. With a life long passion and experience in real estate, he brings a keen sense of both the legal and practical financial avenues to pursue in order to allow his clients to maximize their business and investments opportunities.

Mr. Antonoplos is an aggressive negotiator with a focus in real estate transactions. He consistently provides superior results for his clients in the greater Washington, DC area. He takes a tactical approach to every situation, with skills ranging from litigation and settlement to arbitration.

Peter is a seasoned real estate attorney with a detailed mastery of commercial and residential real estate issues. He routinely achieves results that exceed clients' expectations.

Peter is one of the most dynamic real estate attorney's I've ever met. He has a superior ability to attend to detailed transactions and deliver value to his clients.