J. Michael "Mike" King is a licensed attorney (DC and Colorado) with over ten years of experience in the private, public, and non-governmental sectors. With a background in employment law and civil rights, international law and international arbitration, and environmental and energy law, and a deep passion for rule of law and justice, Mike brings a unique perspective to litigation and advisory services as a Counsel at the Law Offices of Peter C. Hansen, LLC in Washington, D.C.

In the D.C. courts, Mike has experience litigating a diverse range of civil matters, including employment disputes, contracts claims, and torts.

In 2008, Mike worked as a legal intern at the U.S. Department of Energy's Office of Environmental Management in Washington, D.C., whose mission is to manage the cleanup of the nation’s Cold War environmental legacy resulting from five decades of nuclear weapons production and nuclear energy research.

Mike obtained a BA in psychology from Duke University in 2004, and a JD from the Unversity of Denver Sturm College of Law in 2007. He is licensed to practice law in Colorado and the District of Columbia.

In his free time, Mike enjoys hiking with his wife and two rescue dogs (a beagle mix and an Aussie/sheltie/spaniel mix), volunteering, and playing drums and percussion in several bands made up of lawyers who rock for charitable causes. 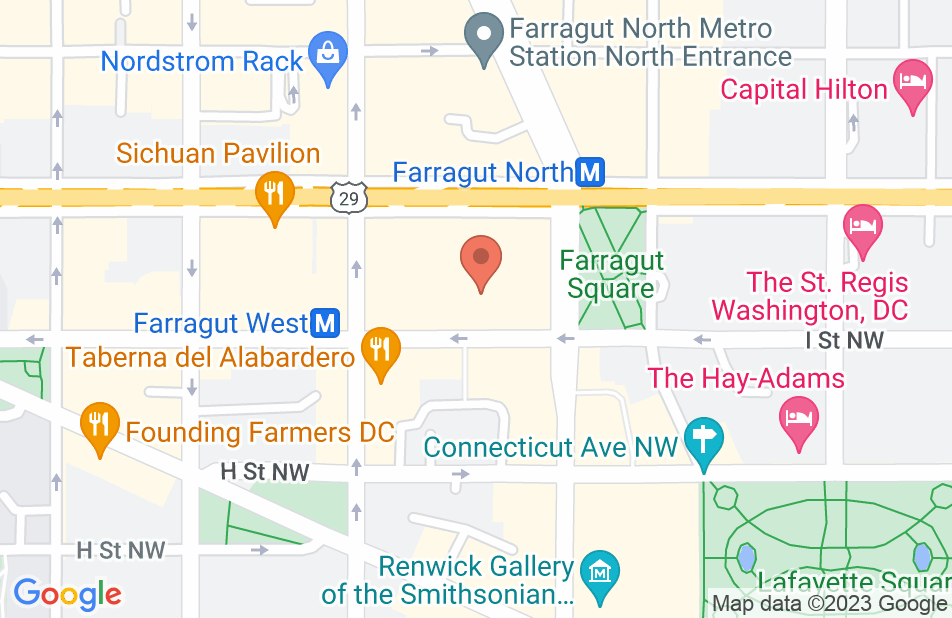 Professionalism and care are unmatched

Mr. King is a one of a kind attorney, he negotiated the best possible outcome for me, and his responsiveness, knowledge, and skills saved me at a time in which I felt I had no hope. Mr. King’s fees are more than reasonable and he went above and beyond to ensure I received superior support, services, and legal representation.
This review is from a person who hired this attorney.
Hired attorney
J. Michael King's response: Erika, I sincerely appreciate your generous review. I am pleased we were able to help alleviate the burden you took on at such a difficult time, and to reach a favorable resolution. Best wishes for continued success and fulfillment.

Managed to turn my situation around

Mike King took my case and offered hope when other attorneys didn’t. He saw a worthy case when others would have settled with an undesirable outcome. He treated me politely and was responsive through the multi-month process. He explained honestly the process and prospects very in-depth. He maintained a positive relationship with family members interested in my case. He managed to build a cordial and positive relationship with the opposing attorneys that likely was a significant contributor to a positive settlement along with outlining my case in a strong manner orally and in writing. Additionally, he was pleasant and professional with other parties in processing my case. He assisted me successfully in a related employment issue outside my case willingly. I and my family felt at the end of the representation content and thankful for his work and the relationship.
This review is from a person who hired this attorney.
Hired attorney
J. Michael King's response: Peter, thank you sincerely for your comprehensive and very kind review. I wish you the best of success as you continue your impressive career and put this difficult period behind you.

Consulted with Mike, Great lawyer very good advice, very patient and provided valuable feedback.
This review is from a potential client who consulted with this attorney.
Consulted attorney
J. Michael King's response: Thank you sincerely for your generous review, and I wish you the very best.

Having the pleasure to work with Mr. King was just that. Some talk it, some walk it. Mr. King is the latter. Mike spent hours talking with me when other attorneys would not give me the time of day. If you are looking for someone who knows their job and will fight for you, I highly recommend Mr. Michael King. McKinley
This review is from a potential client who consulted with this attorney.
Consulted attorney
J. Michael King's response: McKinley, thank you for your generous review! It was also a pleasure for me to work with and get to know you. Best wishes going forward.

I had an employment compensation issue. Michael couldn't represent me due to state restrictions but spent over an hour educating and pointing me in the right direction. I was able to close my case two months later. Thank you Michael for your time!
This review is from a potential client who consulted with this attorney.
Consulted attorney
J. Michael King's response: Thank you very much for your kind review! I am glad you were able to resolve your situation soon after we spoke. Best wishes.

Mike was so helpful after I was terminated from my job last year. He took the time to listen to my ongoing experience with my previous company. He empathized with me and understood where I was coming from. We spoke for over an hour. Based on what I told him, he let me know that we may not have a strong case from a legal standpoint, but that he still wanted to do his due-diligence by taking into account anything helpful/relevant to my case. I sent him several pieces of information per his specific request. I felt like I was in such good hands! After some time, Mike concluded that it would not be in my best interest to take my case to court. I was so appreciative for his honesty, but it didn't stop there. Mike provided me friendly advice while I navigated writing personal statements and reaching out to the VP of HR at my company. All in all, everything ended up working out just the way it was supposed to! I was pleased to get a message from Mike on LinkedIn the other day. He reached out to congratulate me on my new job! He clearly cares a great deal about his clients, even those who he is not receiving monetary compensation from. I would recommend him to any family member or friend!
This review is from a potential client who consulted with this attorney.
Consulted attorney
J. Michael King's response: Natalie, thank you sincerely for your extremely generous review and for taking the time to write it. Best wishes to you in your work and in all aspects of your life!

Michael is Great at what he does. Answered all my questions promptly and clarified all my doubts for follow up questions. I would highly suggest consulting him.
This review is from a potential client who consulted with this attorney.
Consulted attorney
J. Michael King's response: Thank you very much for your generous review, and I wish you all the best.

I consulted Mr. King on a wrongful termination case resulting from employer retaliation on a whistleblower complaint. Mike was very thorough in his research and presented all the pros and cons of pursuing this case. He allowed me to make the most informative decisions throughout this process which I believe led to a positive outcome. I found him to be an attorney with a high level of integrity who is genuinely interested in protecting the rights of workers.
This review is from a potential client who consulted with this attorney.
Consulted attorney
J. Michael King's response: Many thanks for your kind and thorough review. It was a pleasure discussing your situation and options with you. I continue to be impressed by your professionalism and resilience in handling the wrongful termination and separation agreement. Here’s to finding an employer who fully values your skills and dedication to excellence!

Mike provided legal advise in a conflict resolution process at the WB group. He provided timely and practical advise, with a candid assessment of chances of success for each step along the way. His advice was fundamental to the successful settlement of the issues at stake
This review is from a person who hired this attorney.
Hired attorney
J. Michael King's response: Thank you sincerely for your positive review. I am pleased that we were able to reach an amicable resolution of your employment-related issues, and I appreciate your trust and diligence along the way.

Mr. Mcgriff, a mail carrier being discriminated against

He appeared to be attentive, honest, patient, caring, and knowledgeable, and I would definitely hire him when need be and able to afford.
This review is from a potential client who consulted with this attorney.
Consulted attorney
J. Michael King's response: Thank you very much for your kind review, Mr. McGriff. You have been through quite a storm, but you have weathered it with admirable grace. As you know, I would be happy and honored to represent you in the future should the need arise. Take good care.
See all reviews

Mike is a superb lawyer who is loved by clients for his extraordinary analytical and advocacy skills, his tenacity, and his devoted client care. Mike handles both domestic and international employment matters with equal finesse, and he is a great team member in complex litigation. In addition, Mike has a wide-ranging legal background that allows him to bring to bear on any matter a practical sensibility as well as a sharp eye for legal possibilities.

Mike is a top-flight attorney in every respect. He is extremely capable, hardworking, and conscientious. His integrity and devotion to his clients is exemplary.