Mr. Christopher Davis specializes in employment-related trial matters and class actions on behalf of both employers and employees.

During his career, Mr. Davis has served as class counsel on numerous nationwide employment class actions and has tried nearly 20 cases to verdict. Mr. Davis has been recognized by the press as an experienced trial attorney and employment law expert. He is regularly interviewed by print and television media outlets around the world, including The Associated Press, The Shriver Report, and CNN En Español.

Mr. Davis began his career as an Assistant District Attorney in the esteemed Manhattan District Attorneys’ office under then-District Attorney Robert Morgenthau. After winning numerous trials, he was appointed to the Sex Crimes Unit where he prosecuted and tried serious violent felonies, including rape and attempted murder cases.

In private practice since 2006, Mr. Davis has worked for numerous employment law firms, including Thompson, Wigdor & Gilly, LLP (now Wigdor LLP), before starting his own law firm in 2014.

Mr. Davis holds a Bachelor of Arts from the College of the Holy Cross, where he received Dean’s List Honors, and a Juris Doctor from Catholic University’s Columbus School of Law.

Attorney Advertising.  Prior results do not gurantee future outcomes. 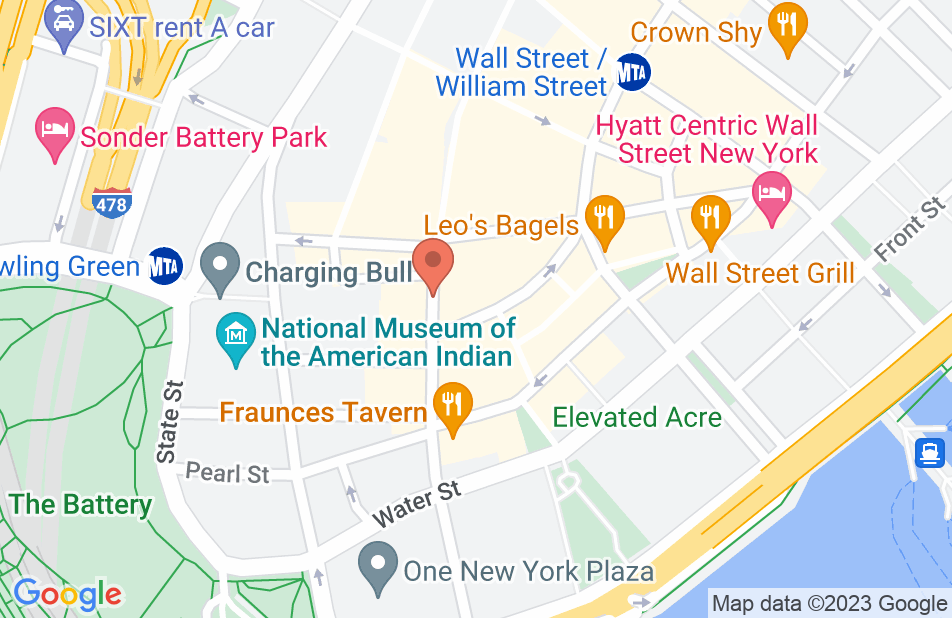 Christopher Davis and his team are unsurpassed for representing their clients’ interests, from start to finish. I felt that my case was of utmost importance to Mr. Davis. I really appreciated Mr. Davis’ excellent handling of my case. Honestly, Mr. Davis and his team turned my nightmare into a very positive experience. His firm represented my employment case against my former employer. I would recommend this attorney with the highest ratings.
This review is from a person who hired this attorney.
Hired attorney

Chris willingly took my case from the get go when my former employer tried to screw me over. He was persistent and straight forward. He got me a settlement quickly. He is very easy to work with as he makes his clients priority.
This review is from a person who hired this attorney.
Hired attorney

I consulted with Chris to negotiate a severance package with my employer. He was smart, sympathetic, and extremely savvy. I felt like I was in good hands as he reviewed my case for potential legal claims. Chris is also knowledgeable about the way severance negotiations play out in different industries, so he was able to give me very concrete and relevant advice. Chris was straightforward and trustworthy, and I strongly recommend him as a lawyer.
This review is from a potential client who consulted with this attorney.
Consulted attorney

I was referred to Chris by a friend who is also an attorney and knew him through work. I owe my friend a favor because from our first call to execution of the settlement agreement, Chris was excellent. My case was very fact-specific and Chris and his staff took the time to ensure they had the necessary understanding to effectively represent me. I expected a knockdown, drag-out fight but Chris's approach resulted in a fairly quick and painless resolution that was favorable to me. I could not recommend him more highly.
This review is from a person who hired this attorney.
Hired attorney

Chris let the client who wouldn't pay me know from day one they were not going to get away with it. He kept the pressure on them and had them rocked back on their heels playing defense. He resolved my issue quickly and in my favor. With me, he was clear, professional, strategic and respectful. With the bad guys, he was their nightmare. He had a great strategy that used my fees to the best effect, kept costs down, and expedited the solution.
This review is from a person who hired this attorney.
Hired attorney

Chris helped me understand better the ins and outs of my separation agreement; he took the time to review it carefully and shared his expertise and experience to help me determine the best course of action. He outlined various options without pressuring me into one or the other
This review is from a potential client who consulted with this attorney.
Consulted attorney

Posted by Charles McNallyThu May 26 2016

Chris Davis and his staff worked really hard for me and to them I will be forever greatful , I had a labor law suit against a company that was not following labor laws , I brought my case to Chris and Rachel and they worked a true miracle. Thank you to you and your staff for your amazing efforts , I recommend them.
This review is from a person who hired this attorney.
Hired attorney

I am not just a case number , I am a person that needed help.

Chris was very professional and he was attentive to my needs. He handled my case as if it was his own and he made sure everything was done correctly. He is very smart and caring about his clients. I did not have and easy case against the City of New York but he was able to make them understand what they did wrong and you just can not toss people aside who happen to become ill. I thank him for everything that he has done.

An Attorney who is Honest and Results Driven

I can only say that Mr. Davis was very responsive and used every tool at his disposal (e-mail, staff, phone, etc) to keep me in the loop at every step in the process. Further if I were concerned or had questions, he took the time to explain the situation to me in lay-man's terms. I can say that without Mr. Davis, I would have been lost in a system filled with procedural practices of which I was not privvy to. Overall an excellent job! I would highly recommend him.

Mr. Davis kept me informed throughout the process and fought hard for my rights. Both he and his staff are knowledgeable and passionate about their work.
See all reviews

I have known Chris for years now. He was an outstanding prosecutor at the Manhattan DA's Office (where I had the pleasure of being a colleague of his), and has established himself with distinction in private practice. My current firm routinely refers matters to Chris because we know that he is amazing at what he does, simply put. He has secured great results for clients and has a proven track record. I trust Chris professionally and consider him a friend as well. I highly recommend him.

Mr. Davis is an experienced attorney who does not rest until the job is done. I had the pleasure of being co-counsel on a matter with Mr. Davis and I was impressed by his knowledge of the law and mastery of the facts of the case. I endorse this lawyer!

I have recently worked with Chris on several employment matters and have witnessed first hand his relentless advocacy and his commitment to his clients. He knows the law and he knows how to use it to fight for his clients' rights. I strongly endorse this lawyer.

Gregory Filosa, Employment and labor Attorney on Jan 15, 2013
Relationship: Worked together on matter

I've known Chris professionally for many years. We started together at the Manhattan DA's Office where Chris quickly earned his reputation as a great litigator with a powerful courtroom presence and a worthy sense of justice. He was a great prosecutor, a knowledgeable colleague, and the person you want representing your interests in the courtroom.

Joshua Buhler, Employment and labor Attorney on Apr 26, 2011
Relationship: Worked together on matter

Chris is a superb employment lawyer whom I've retained from time to time as special counsel on employment matters arising in my practice. I endorse him without reservation based on the considerable experience, good judgment, and professional demeanor he has demonstrated on the occasions we have had to work together.

Chris Davis is a top-notch employment lawyer and I will continue to refer clients to him. I endorse him enthusiastically and whole-heartedly.

I have known Chris Davis for several years, dating back to when we worked together at the Manhattan D.A.'s office. I know him to be an intelligent and thorough lawyer capable of handling a wide variety of matters, and particularly employment-related cases.

Andrew Stoll, Employment and labor Attorney on Mar 26, 2010
Relationship: Worked together on matter

I have known Chris Davis for many years. We have worked together on matters, and discussed many of our cases in detail with one another. I always value his insights and approach to issues. He is smart, earnest, experienced and knowledgeable. My firm routinely sends employment cases to him to evaluate and accept if he will. If you are seeking an employment attorney, I would highly recommend Chris. Please feel free to call me for more information.

Chris is a an outstanding lawyer and I fully endorse him. He has sound judgment, great client relationship skills and he has amazing experience. He worked for the legendary Robert Morgenthau at the Manhattan District Attorney's Office and he knows how to try big cases. He now uses his experience and skills to great effect representing employees.