Allison C. Williams, Esq., is Founder and Owner of the Williams Law Group, LLC, with offices in Short Hills and Freehold, New Jersey.  She is a Fellow of the American Academy of Matrimonial Lawyers, is Certified by the Supreme Court of New Jersey as a Matrimonial Law Attorney, and is the first attorney in New Jersey to become Board-Certified by the National Board of Trial Advocacy in the field of Family Law.

Ms. Williams is a member of the New Jersey Board on Attorney Certification (NJBAC) – Matrimonial Committee, a New Jersey Supreme Court committee that determines eligibility of candidates to be certified as a recognized practitioner in the field of matrimonial law.  She practices exclusively in the area of matrimonial and family law, with an emphasis on complex Child Welfare matters, including representation of parents in Child Abuse and Neglect matters, parents in Termination of Parental Rights matters, representation of foster parents, and consultation to matrimonial counsel regarding child abuse investigations and related issues.  She has a statewide practice, currently handling matters in 16 counties across the State and in the Office of Administrative Law (OAL). Ms. Williams has handled cases involving child sexual abuse, infant death, abusive head trauma (f/k/a Shaken Baby Syndrome), gross neglect, rib fractures, drug and alcohol dependency, Munchausen's By Proxy, excessive corporal punishment, mental and emotional abuse, and a whole host of other child maltreatment concerns. 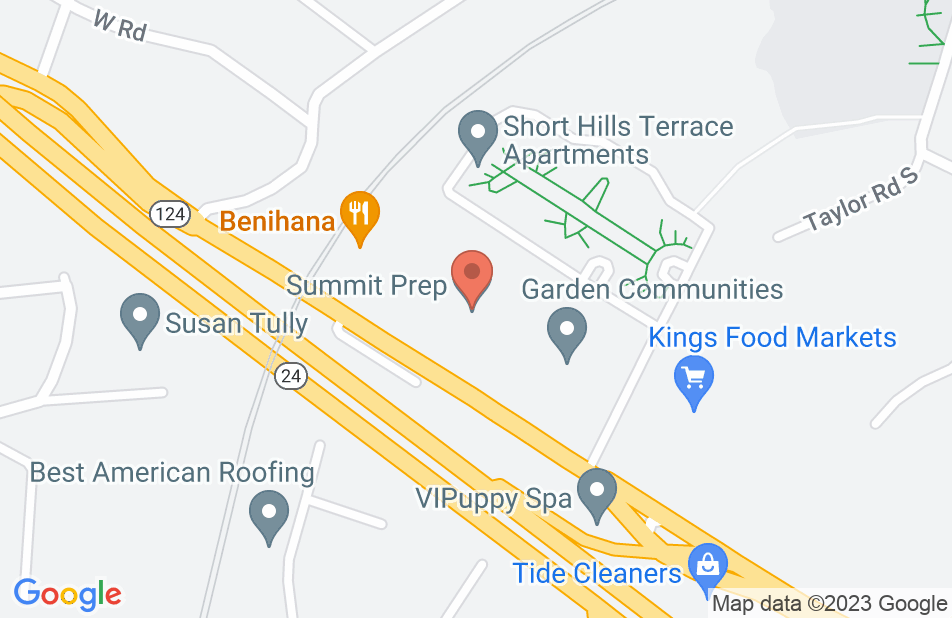 Without going into details of my case, I will say that I looked for a lawyer with family law experience and a bold personality who would really fight for me. I wanted a lawyer who wouldn't be intimidated by the judge and that's what I got! She communicated very well and was never at a loss for what to say next. I would hire her again in a minute and will do so if I have any further issues.
This review is from a person who hired this attorney.
Hired attorney

I was at a point of hopelessness, I couldn't sleep and I would often cry about my situation. I felt there was nothing I could do and that no one would understand. I found the Williams Law Group from searching online and from the start everything was handled professionally and compassionately. In just a few weeks I went from feeling hopeless to my life and liberties being restored, all because I found Allison. I called about six different lawyers, only the Williams Law Group and one other law office even wanted to take my case. The other lawyer was cheaper (so I thought because if your retainment agreement isn't used up, you get the rest back) he treated me like crap and even told me rudely he doesn't have time to even really talk to me.....but in the same breath tells me it would cost 1,400. and the case isn't a guarantee win. Which is true however I felt he was going to take my money do nothing and tell me he's sorry but it didn't work out. ( I had something like this happen to me but having to do with some property) According to the other lawyers there was nothing they could do or they don't handle cases like this, however Allison had my case looked over, corrected and closed in about 2-3 weeks. I will also be receiving most of my retainer money back, I don't know how she does it but Allison is truly amazing and worth every penny!

A world of difference

With Allison's expertise, I was able to turn my case with DCP&P around and bring an end to litigation with the best possible outcome. Having had two other attorneys represent me before Allison, I can honestly say that Allison is the most knowledgeable, compassionate, professional, and effective legal expert you can work with for situations involving child abuse, protection, and permanency in Bergen County as well as other areas of NJ. Her knowledge is unparalleled in this area and the matrimonial advice I got from her was solid. I recommend working with her very highly -- her associates are also excellent!

I can't praise Allison Williams and her staff enough! They are knowledgeable , helpful, courteous , empathetic and we're always there for us . Her devotion to helping her clients is far and above what anyone can ask for . If you want the best there is no doubt that Allidon Williams is your answer .

There is Allison, and there is everyone else.

We have been involved with Allison in a DCPP matter for some time now. My wife and I have found her to be an incredibly wise, detailed and compassionate attorney who will absolutely astound you. She is accessible, approachable, friendly and FIERCE when advocating for her clients. You simply cannot find better representation, and you should absolutely seek her out.

Champion for the Underdog ...

She took my concerns and placed them in order, presented them to the court in a manner that Exceeded my expectation, I will retain her service's whenever there is a need, professional ,courteous ,resilient and hard working are just a few of this lawyers traits, I regard her practice as one with high standards.

Allison helped my family when we thought there was no hope. She was very supportive, professional, and did everything in her power to resolve our situation and we would highly recommend her.

A big heartfelt thank you for Allison and Chris. They dealt with my challenging situation with strength, professionalism and compassion. Allison's knowledge and experience saved the day. I highly recommend her services.

Allison Williams Did such a good job for me, She listened to my situation explained my rights and resolved my issue, She is kind attentive and very professional. I am very pleased with her service.

This attorney worked on my case, we signed a retainer agreement. However, when i asked questions, she would tell me one thing, which ultimately resulted in something I did not want, but i later found out she was not ethically allowed to do what she did. When filing her official documents she made false and misleading statements. I was lucky to have retained documents from her which showed that she knew, or should have known what she was saying was false or misleading. P.S. I was told to find a middle ground. This it the most I can say regarding my case without compromising my anonymity.
This review is from a person who hired this attorney.
Hired attorney
Allison Williams' response: Hello, It is unfortunate that you have chosen to leave your review anonymously, as it leaves me with no ability to determine which attorney in my firm handled your matter, whether you have actually been a client of my firm (since disgruntled adverse parties have been known to post such reviews), and leaves me with no ability to try to make things right for you. If you are a client of the firm, and if you would like me to try to make things right, then I invite you to contact my office to speak with me. What I can and will say is this. At Williams Law Group, we pride ourselves on client service. If I ever learn that a client is not satisfied with any aspect of his or her representation, I become personally involved to remedy this situation. While publicly bashing a business may feel good after the fact, addressing the problem with the Owner as soon as it arises is much more likely to resolve the concern and remedy your situation. I state this more for the public at large than for the anonymous poster, as the anonymity makes it impossible for me to respond more than I have already. Again, to the anonymous poster, if you would like assistance in addressing your matter, I invite you to contact me. Allison C. Williams

Allison is simply the best. She is an incredible attorney with attention to detail and heart for clients. Highly recommended!

Brian Freeman, Divorce and separation Attorney on May 26, 2018
Relationship: Fellow lawyer in community

I have come to know Allison as a fellow law firm owner. I know Allison to be a zealous, compassionate and dedicated advocate for her clients, and the continual improvement of her firm. I am happy to endorse Allison.

Allison is a great advocate for her clients.

Allison is a national expert in child abuse defense. Her firm is exceptional and devoted to their clients. I endorse her without reservation.

I am a colleague of Allison's and if I was ever accused of child abuse or had my children taken away, I would retain her without question. I have referred several people to her and she has done such a good job for each and every one of them that she makes me look good for referring her.

I have known Allison professionally since early 2014 and do not hesitate to recommend her or her firm. I refer my relocating clients and jurisdictional cases for NJ and NY to her as well. Allison is well respected in the legal community and is an aggressive advocate for her clients. She also truly cares about her clients and their families.

To say that Ms. Williams is knowledgeable would be a severe understatement. Ms. Williams is at the top of her craft and I would not hesitate to recommend her to anyone in need of Matrimonial and Family Law Services.

Attorney Williams is a superb lawyer who has provided terrific advice to folks in the Avvo community. I recommend this lawyer without reservation.

I endorse this lawyer. Alison is an experienced attorney whose participation and comments in Avvo show her commitment to serving clients as well as her level of experience. She is an excellent attorney that I recommend wholeheartedly.

An extremely knowledgeable and zealous advocate on behalf of her clients. Hands down the only attorney I would ever refer a client if issues involving DCF (formerly DYFS) existed.

Allison is the top attorney in NJ when it comes to representation of clients in DCPP (Division of Child Protection and Permanency), formerly DYFS. She knows the law in and out and the attorneys representing DCPP consider her to be a formidable adversary. I would not hesitate to refer clients to her who are faced with the daunting problem of having the State trying to interfere with one's relationship with one's children.

Allison is a passionate attorney who is well versed in the trade and takes her profession with all seriousness. You will be well served to have Allison as your attorney.

I highly endorse this attorney. Allison has been my go-to attorney for DYFS/DCPP issues for the past few years. Her knowledge of the nuances of that area of law is extremely impressive, even to a fellow attorney. She is also a compassionate and dedicated advocate for her clients. I have referred many cases to Allison and I will continue to do so because I know that any parent who needs help with an issue involving the DCPP is in the best possible hands when they are represented by her.

Allison is the one attorney who I trust to refer my abuse and neglect cases to.

I endorse this lawyer. Allison Williams is a family law attorney with a concentration in children's rights and the protection of their safety in the context of Protection Actions brought by the Attorney General's office. What separates Allison from the rest of her colleagues is her passion to protect the safety of children and balance that with the need of the children to maintain a relationship with their parent. Allison is vigilant in leaving no stone unturned and knows how to resolve or try a case.