Susan has a background in employment law and general civil litigation, and continues to represent clients in these areas.

Susan attended law school at Case Western Reserve School of Law in Cleveland, Ohio, where she earned a concentration in Patent, Software, Copyright and Technology law. During law school Susan clerked for Judge K.J. Montgomery in Cleveland, Ohio for two years.  Susan is admitted to practice in the State and Federal courts of Washington and the State courts of Oregon. 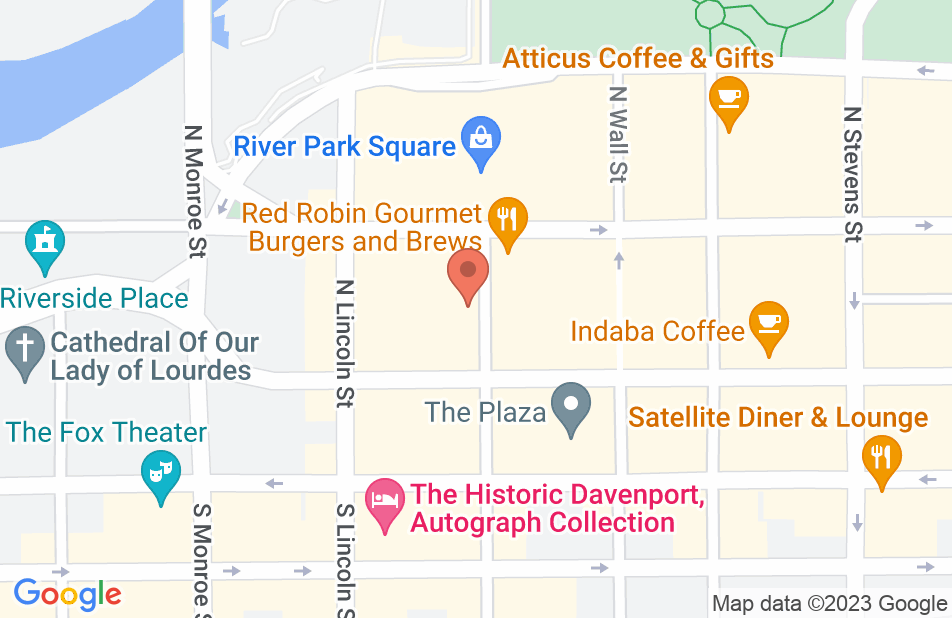 I dealt with Mr Pool. I could not be happier in the facts he sorted out for me. He lead me the right direction as well as let me know that my thoughts are valid of a poor job done with a poor attitude from a poor contractor without morals. Thanks guys!
This review is from a potential client who consulted with this attorney.
Consulted attorney

Very helpful helped weigh pros and cons of my situation. Susan had great insight and had my best interested in mind during the consultation.
This review is from a potential client who consulted with this attorney.
Consulted attorney

Highly Skilled, Very Competent and a Strong yet Compassionate Advocate

In winter of 2013, I had the misfortune of needing the representation of a skilled attorney, but the very good fortune of being represented by Ms. Susan Nelson of the firm of Dunn, Black and Roberts. I was involved in a contentious and complex situation that directly threatened my employment status and security. My case required an attorney well versed and well practiced in the areas of labor and employment law. Ms. Nelson was extremely knowledgeable in these areas, did copious amounts of research and was able to appropriately apply all applicable and pertinent laws in order to support my case and defend my interests. Ms. Nelson was a fierce advocate for me and for my case. I felt confident and assured that when Ms. Nelson was representing me that it was done in a professional and direct manner and that the opposing side was kept in check. Ms. Nelson was very communicative and kept me apprised of all the developments relating to my case. She was easy to reach and returned my calls and inquiries quickly with advice, suggestions or updated information. Most importantly, I felt that Ms. Nelson cared about my case and its successful resolution. Ms. Nelson was easy to work with and I truly appreciated her compassion, empathy and passion for effective advocacy while representing me as a client. I recommend Ms. Nelson without hesitation, or reservation, to anyone seeking or needing the highest quality of representation.

I worked with Susan Nelson from 2009 until 2011 over a negligence case. She was always professional in her behavior in our many meetings and in court in front of the judge, trustworthy in what she told me to expect and in all of our confidential communication, responsive to my numerous questions, and certainly knowledgable of the law as it applied to my case. Most of all, she kept me informed as my case progressed to its resolution. I even heard from her recently when she wanted to return some evidence from my case that belonged to me. I am very pleased to be able to recommend Susan to anyone who needs legal services.

To AVVO Representatives, I'm writing this review in great gratitude for the services provided by Susan Nelson as she represented me through a very trying and stressful time in my life which not only impacted me but also my family and close friends. This event was based on false accusations which was used to negatively impact my employment. I first met Ms. Nelson while she was representing a personal friend and co-worker as he had been unjustly targeted by the same administration that I at that time was working for. I was involved in this case as a union officer and the union officers and attorney were unable to stop the unjust and unlawful treatment of this individual. As a result Ms. Nelson was retained along with attorney Mr. Bob Dunn and they mitigated both cases. My case followed the later mentioned case and a settlement was reached. I might add that the later case mentioned was successfully mitigated all the way thru civil trial obtaining guilty verdicts on double digit claims against the defendant. I work in an environment that expects it's employees to respond to others problems and to make an accurate decision to resolve those problems as it relates to the law, safety issues and at times life and death situations, so to be entwined in a long drawn out legal battle is not what I or my co-worker at the onset were prepared for. Ms. Nelson prepared me for this battle and helped me maintain the right mental mindset to withstand my adversaries tactics. Ms. Nelson was genuinely concerned for my personal welfare as well as the welfare of my family and close friends. She kept me apprised at all times of the facts she uncovered in my case even when the information at hand was delicate meaning reveling sensitive information to me as it related to those who were involved in the actions against me. Ms. Nelson put numerous hours researching my case and as such was able to ascertain facts about the situation as it relayed to the players that I had missed in my research and due diligence. This research is no doubt what laid the ground work for the settlement. My case was settled in 2012 and my wife and I still maintain contact with Ms. Nelson and her family. We consider her a dear friend and I still reflect at times and suspect I always will how truly blessed we were to have Susan and Bob placed in our lives. Respectfully submitted

Professional, Knowledgeable, and Committed to her Clients

My husband and I spent 2 1/2 years of our life with Susan Nelson and her colleagues at Dunn Black & Roberts. I will be forever grateful for their efforts to regain my reputation and dignity. Specifically, my case focused on my wrongful termination in violation of WLAD and Tortious Interference by a 3rd party company advisor. She truly believed in the merits of my case. She thoroughly and meticulously researched every angle while reviewing thousands of pages of discovery. She explained their approach through every aspect of the case so we could understand and feel a part of what often seemed like an excruciating process. As the defendants dug-in to defend their actions, Susan responded with an unwavering commitment and relentless determination. She remained professional during times of personal frustration and helped me through tough times when I wanted to give up. Ultimately, my case was successfully settled and I am extremely grateful. We wholeheartedly recommend Susan Nelson to anyone looking for a professional, knowledgeable, and committed attorney.

Our company worked with Ms. Nelson on a federal infringement case. A larger pharmaceutical company attempted to steal our patents and trademarks. Ms. Nelson was easily able to grasp complex issues of the science involved in the lawsuit. She was an untiring champion for us, resulting in our ability to keep technology we had spent a decade developing. During the litigation I had significant health issues. Ms. Nelson was compassionate but straightforward in helping me navigate this difficult time. At one point she realized I would require special clothing to be able to sit through prolonged depositions and suggested approaches to accommodate these matters. I will always be grateful to Susan for her untiring efforts and long hours that she put in without complaint.

Susan assisted Bob Dunn in our trial victory over Boeing Aerospace, my former employer. She wrote many of the appeal briefs and was very effective in our appeal victory. She knows law and writes convincingly. She makes herself available for questions. I quite enjoyed working with Susan and she has done an excellent job for me.

Susan was capable of taking 5 boxes of data, an organized outline of 18 months of litigation, and some verbal coaching and turn it into a well written to the point summary judgement and orchestrated a mediation which was well handled.

Susan is brilliant, tenacious, compassionate, and a relentless advocate for her clients. I would trust her with my own case if I had one, and I constantly refer people to her.

Susan is a passionate, dedicated lawyer committed to her clients and is a formidable adversary, while remaining collegial. I recommend Susan Nelson for any and all representation.

Susan is a sharp, intelligent, knowledgeable and conscientious lawyer. I have and will continue to refer cases to her with absolutely no reservation.

Stephanie Brown, Employment and labor Attorney on Aug 31, 2009
Relationship: Worked together on matter

Ms. Nelson represents her clients well. She is knowledgeable. She has great research and writing skills. I endorse her work.

Ms. Nelson is very intelligent, provides great counsel, and representation to her clients. I have no reservations in my recommendation and endorsement of her as a litigation attorney.

Susan was a pleasure to work with. She writes well, researches thoroughly and has a powerful courtroom presence. I highly recommend Susan Nelson's skills as an attorney, and Susan herself as a friend and colleague.

I have worked with Susan Nelson several times over the years, and her responsiveness, knowledge and tenacity are commendable. In short - she gets the results you need.