Julie was raised in Jamestown, North Dakota before moving to Spokane to attend Whitworth University.  At Whitworth, she obtained her bachelor’s degree and confirmed her total lack of natural ability for snow sports.  She graduated with honors in 2003 before following her love of debate to its logical conclusion at Gonzaga University School of Law.
At Gonzaga, she received the school’s Thomas More Scholarship and the WSBA Hanel Memorial Scholarship.  Her “free time” as a law student was spent writing articles for the student newspaper, editing material for the Gonzaga Journal of International Law, serving as research assistant for several professors, and experimenting with the boundaries of caffeine tolerance. While a student, she served as extern to Judge Patricia C. Williams at the U.S. Bankruptcy Court for the Eastern District of Washington, and a Rule 9 intern for the Gonzaga Center for Law and Justice.
Shortly after graduating in 2006, she served as law clerk to Chief Judge Dennis Sweeney at the Washington State Court of Appeals (Division III).  She also spent time as a fundraiser for the Spokane Symphony and the Fox Theater and a year as an Administrative Specialist with the U.S. Bankruptcy Court for the Eastern District of Washington (where she worked closely with the IT department and learned to understand jokes based on computer programming).
Since that time, Julie has spent most of her years in private practice running her own law office, focused primarily on family law issues and appeals of all kinds.  Julie recently expanded her staff to include two associate attorneys and a paralegal.  Julie appreciates bad puns and good jokes, and, to her chagrin, she has been known to accidentally snort in response to both.
Julie is admitted to practice before the United States Supreme Court, the Washington State Supreme Court, the United States District Court and Bankruptcy Court for the Eastern District of Washington. 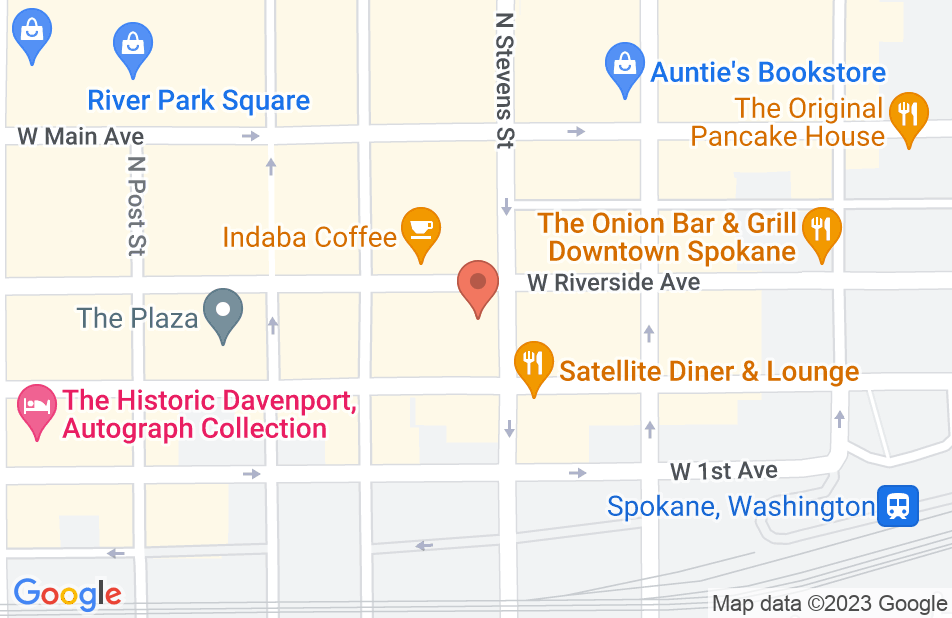 Unfortunately, I had to go through what no father wants to go through. I am fortunate to have the best lawyer in my corner, she made all the difference. From the very beginning Julie was concerned about my son and was up-front about expectations and reality. She was always prepared and I could rely on her. I learned very quickly why Julie is the best at what she does and why she is so respected in her community. Not only does she believe in what she does and who she represents, she also knows the Law so well that even opposing lawyers ask for assistance. Julie truly is amazing, you will be well represented and prepared.
This review is from a person who hired this attorney.
Hired attorney

Blessed to work with Julie

I consulted with Julie on collecting a debt. She was very thorough in her questioning and provided several options. This will more likely result in hiring her to represent me, and look forward to working with her.
This review is from a potential client who consulted with this attorney.
Consulted attorney

I utilized Julie Watts' services involving a bankruptcy in the midst of a divorce, a complicated situation to say the least. I'm very pleased to say that she displayed the utmost professionalism, she inspired incredible confidence in her ability as an attorney, and at no point did we feel that she had forgotten us or given us anything less then her full attention throughout this entire complex and emotional process. Incidentally, I feel that her expertise as a family law attorney really helped set her apart from other personal bankruptcy attorneys as she was able to approach a Chapter 7 with consideration of how the details might affect the marital dissolution, as well as giving her a great understanding of the emotions involved in a situation like ours. Though it was unfortunate circumstances that brought about the attorney-client relationship, I am happy to know that I now know a lawyer whom I can confidently recommend to those I care about. 10/10 would hire again!

Julie Watts is an attorney who maintains the highest ethical standards in her practice of law. Her outstanding knowledge of law, combined with her tenacity and hard work, provides her clients with the very best representation in their legal needs. She always goes the "extra mile" to ensure that her client has every benefit that the law provides. Ms. Watt's skill in preparing and writing legal briefs is outstanding. She comes before the court well-prepared for oral argument. Her integrity is well-recognized by her clients and colleagues as well. I recommend Ms. Julie Watts with the highest praise for her phenomenal legal ability. She will do an excellent job for you as she has for me.

I would highly recommend Ms. Watts for any legal matter. Ms. Watts has an incredible talent of being able to take in large amounts of extremely complex information and present it to the Court in a manner that is simple, logical and straight-forward. She is exceptionally dedicated to the process of justice and I am grateful to have her as my attorney.

Easy to work with and very professional

I couldn't go to Washington, but I needed lots of help there. Julie took care of everything. I would not hesitate to call her again. She knows what she is doing and she knows how to get things done. Thanks, Julie!

Julie worked with me during a very trying and emotional time in my life. She was able to offer not just advice but also affirmation throughout all of the transitions and difficulties that arose. Her breadth of knowledge is paralleled by her compassion and honesty. It was wonderful working with her during these last 18 months.

Wonderful to work with

Julie is so great to work with! I would highly recommend her services for Family Law and Business issues! No question about it.

Living and last will and testament

All questions were answered to my total satisfaction before continuing. Any changes I wanted made were done right away. Julie knows what she is telling you and explains it so ordinary people can understand.The work was done on time. She is very considerate and makes one feel very comfortable. She is very professonal, and she has a smile that says she enjoys her work.

Julie is an amazing attorney.

I endorse this lawyer. i have both worked together and opposing Julie Watts on matters. She is both hardworking and dedicated to her cases. Her work on our appeal was superb and it showed, I would highly recommend Julie Watts.

I endorse Julie Watts. Julie is a talented lawyer and tireless advocate for her clients.

I endorse this lawyer. Julie and I recently had our first case against each other. I was impressed with her knowledge of the law and ability to get the best results for her client. She was also very professional to work with and responsive and timely. These factors are so important in choosing a lawyer. She was efficient and easy to work with, which means parties are able to resolve issues or agree to disagree and get help from the court in a respectful manner.

Julie Watts is hands-down one of the most caring, intelligent, creative, and determined lawyers I know. A client of Julie's can rest assured they are in competent and, more importantly, zealous hands, and is fortunate to have her as their advocate.

I endorse this lawyer. Julie is knowledgeable and an excellent litigator. She is well-prepared and confident when arguing to the court. I would recommend her highly to anyone in search of a litigator.

Julie has a sharp legal mind while being incredibly creative. She will go the extra mile for her clients. One of the most compassionate attorneys I know.

Julie Watts is a skilled professional. She works hard for her clients and is very well equipped to handle any legal battle. Few understand the law as well as Julie. I would recommend her to anyone seeking a family, bankruptcy, appellate or trial lawyer.

I endorse this lawyer. Julie is a great advocate and attorney.

Julie is a very smart and hardworking attorney. I am impressed by her breadth of knowledge on collateral areas of the law (to a domestic relations case) such as debtor/creditor, bankruptcy and business. Julie brings a unique resourcefulness to a case, and her clients are lucky to have her. I have recommended her to others, and would do so again.

Julie has incredible skill, compassion, and determination. She is a valuable colleague.

Julie is brilliant, conscientious, and practical. I endorse her as an attorney.

I endorse Julie C. Watts without reservation - and do so, admittedly, as the person who invited her to work with me in this firm. Julie established her credentials as a Thomas More Scholar at Gonzaga University School of Law and in her post-graduate employment as a law clerk for the WA Court of Appeals and at the Bankruptcy Court for the Eastern District of Washington. In this law firm Julie quickly established herself as a potent advocate, particularly in the areas of bankruptcy/debt issues, estate planning and business matters. So impressive is Julie's work ethic and commitment to this community that this firm will rename itself in the near future in order to properly elevate her standing in this practice. All that said about her well-earned credentials, Julie is also a wonderful person who has earned gratitude from clients and praise from colleagues. In her spare time, Julie can be found performing for the Spokane Civic Theater and behind a camera as an accomplished photographer.