Are you going through a divorce, child custody battle? Don't hesitate and call Yakima Law!

Born and raised in South Florida, Matthew Kaminski received a degree in History from the University of Florida in 2006. He later earned a Juris Doctorate degree from Florida A&M College of Law in 2009. During his time in law school, Matthew Kaminski was proud to represent his college in Moot Court competition and through volunteer work with the college's VITA program.

Matthew Kaminski has been practicing law since passing the Florida Bar in 2009. He began working at a real estate litigation firm in Plantation, Florida. Mr. Kaminski participated in mediations and civil court practice (including judicial mortgage foreclosure, title actions, and evictions) all over the State of Florida. It was during his two years in practice at this firm where he met his wife.

In 2011, after his wife had accepted a directorship position in Seattle, Matthew Kaminski relocated to the Pacific Northwest and was admitted to the Washington State Bar later that same year. Mr. Kaminski went on to open his office in 2012 in the heart of Belltown at the historic Markham Building on 3rd Ave and Blanchard. In addition to providing quality and affordable legal services through his practice, he has chosen to give back to his new home, Seattle, by volunteering with the King County Bar association's Housing Justice Project and Kinship Care Solutions Project providing free services to Low-Income clients. Matthew Kaminski also proudly works with the Legal Voice, a women's rights group benefiting the State of Washington.

He has always felt that an attorney is measured by what he gives back to the community.  Since settling down in the Pacific North West, he has volunteered with the King County Bar Association’s Housing Justice Project and Kinship Care Solutions Project providing free services to Low-Income clients.  He has also taken pro bono cases through a Volunteer Legal Services program for more ongoing representation.  He has  proudly worked with and supported the Legal Voice, a women’s rights group benefiting the State of Washington, contributing to their self-help publications. When he is not in the office or court, he focuses his time puttering around in the kitchen.  He has always been eager to test out a new recipe and incorporate whatever is popping up in my garden.

When Mr. Ashby invited him from Seattle to introduce him to his Family Law firm approach, one that merged a caring, client-centric approach with 21st century technology, Matt knew that this firm was ushering him in a new approach to family law and that he wanted to be a part of the Ashby firm “family.”  The firm and he share the core belief that no one wins when two parents are pitted against each other, instead he has always striven to find collaborative solutions to difficult problems.

In March of 2019, Matthew Kaminski left Ashby Law to found Yakima Law with his colleague Brooke Barnes. Their goal was to return to the misison that had brought him out from Seattle and bring top-tier legal representation to Central Washington. 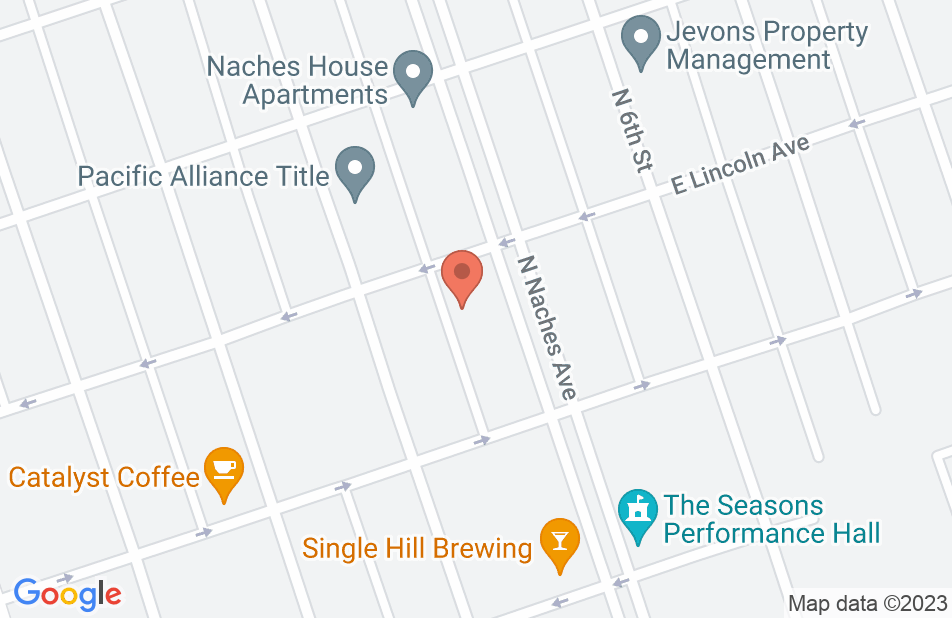 Before I hired Matt as my divorce lawyer I had a bad experience with a previous lawyer. So i was having doubts with Matt but Matt & his assistant Nina explained to me what they can do & they will try their hardest & their best with my divorce case. Matt & Nina have done so much for my case that I am very happy that I hired them. I 100% recommend Matt & Nina to help you on your case. They work so hard for you!!!!
This review is from a person who hired this attorney.
Hired attorney

Very Thankful for Matt Kaminski and Nina Rodriguez they know my case and it's been a tough one they have supported me in every way they can answered calls and texts after hours and weekends.
This review is from a person who hired this attorney.
Hired attorney

Make him your first call!

Highly recommended!!! Super knowledgeable, very intelligent! The most helpful attorney we have used. He is honest, will not take your money just because he can. If he cannot help he is very resourceful and can tell you who may be able to help. He will tell you what he can do for you, give you an outline of how things may turn out and come up with a gameplan.
This review is from a person who hired this attorney.
Hired attorney

Matthew took over my case after another attorney from ashby law just kept my case floating at the same spot.. Matthew went to court with me one time and I got what I wanted it's a temporary order but it's what I can do now until I can afford more but i still receive full custody of my son. Great attorney he is all for you and your kids.
This review is from a person who hired this attorney.
Hired attorney

I reached out to Ashby Law recommended by a family member and am thankful I did! Excellent attorneys who take their time to listen to client's concerns and help get out of sticky situations. Nina and the all the staff provide excellent customer service - very friendly, helpful and knowledgeable! I'd recommend Ashy Law to anyone.
This review is from a potential client who consulted with this attorney.
Consulted attorney

I had a complicated situation arise involving Non Parental Custody in Washington State. I consulted with Matt Kaminski and found he was able to provide guidance, options, and updates to information I had about the non parental custody laws in Washington State. Matt had a grasp of all the issues and how that impacted families. Matt also is the only attorney I have spoken with in the Yakima area that has a clear insight on how new law in Washington will impact families. Matt is a genuine good soul who cares about the issues surrounding non parental custody. I hope he continues to advocate in this area. Matt also has depth of understanding in matters involving domestic abuse. I ended up hiring his firm Ashby Law and feel that my difficulties were resolved. I appreciate my experiences with Matt, Brooke, Nina, and Valerie at Ashby law. I will not hesitate to consult or retain Matt or Ashby Law for any future matters. Quality service and outstanding knowledge.
This review is from a potential client who consulted with this attorney.
Consulted attorney

Excellent lawyer, is doing everything to make things easier for me. Explain the process clearly to me and is keeping me updated every step of the way . All the staff is friendly and helpful. I'd recommend him to anyone.
This review is from a person who hired this attorney.
Hired attorney

Was very pleased with Matt his services were very fast and I enjoyed the legal team they had fast responses to my questions and were there for me through the case. I would recommend them again for anyone seeking counsel
This review is from a person who hired this attorney.
Hired attorney
Matthew Kaminski's response: Thank you so much for this review. I'm glad to hear that you had a great experience, if there is anything we can assist with in the future, please do not hesitate to reach out to us. -Matt
See all reviews

Matt is an unstoppable force when it comes to his cases. He is an excellent advocate for his clients in trial and routine motions. I endorse this lawyer.

Matt is a pleasure to work with. He is a passionate advocate for his clients and I highly endorse this attorney.

Matt is a first-rate legal mind and an even better human being. He is skilled at separating the strong emotions that often come up in family law from the legal issues that a court will focus on. He is a great choice for representation.

Matthew is very diligent and an effective litigator.

Matt is a terrific attorney and will go to bat for you. He is a zealous advocate but also works hard to find a just solution for everyone. I enjoy working with him because he is always fair and honest. I wholeheartedly endorse this lawyer.

Matt Kaminski is an excellent attorney with whom I now have the pleasure of working. I also can endorse Matt as an attorney I have had as opposing counsel. He is professional and passionate about his clients.

Asa LaMusga, Divorce and separation Attorney on May 23, 2017
Relationship: Fellow lawyer in community

Matt is an excellent and reasonable advocate for his clients. He is easy to work with and addresses issues in a straightforward manner while always being ready to represent his client's best interests in court.

Matthew Kaminski is a phenomenal attorney and an extraordinary person! his compassion for his clients and genuine concern for justice in the family law courts is unparalleled. He is an attorney who is client- centric, and concerned with every detail of his cases. If you are looking for a tough, compassionate, experienced, and intelligent lawyer, Matt won't let you down!

Zachary Ashby, Divorce and separation Attorney on Nov 21, 2016
Relationship: Worked together on matter

He is a very experienced litigator. He has sound advice for his clients and continues to show dedicated leadership as an attorney and a co-worker. I endorse this lawyer.

Matthew Kaminski is top- notch! He is stern but compassionate and intelligent but creative. His clients are always put first and he helps families look forward to a better tomorrow. I endorse this lawyer.

Matthew Kaminski is truly compassionate, professional, and very client oriented. he understands the needs of his clients and is extremely diligent. I endorse this lawyer.

This lawyer really knows his field!

I wholeheartedly endorse Mr. Kaminski. He is an outstanding contributor to Avvo and knows his subject matter -- divorce and separation --very well.

I endorse this lawyer. Attorney Kaminski provides a much needed service on Avvo. He donates his time to individuals who are in need of immediately legal answers.

Attorney Kaminski is an amazing advocate. I had the opportunity to work with him for over a year in real estate matters and highly recommend him for any of his areas of practice.

Matt is a highly competent and personable attorney, and an asset to the AVVO community. Its a pleasure to endorse him.