Mr. Ramsay received his undergraduate Bachelor of Arts degree in political science from Colorado State University in 1984. In 1988 Mr. Ramsay earned his law degree from the University of Idaho.

Mr. Ramsay was a criminal prosecutor in Denver Colorado from 1990 to 2003. Additionally, he served as an adjunct professor at Metropolitan State College in Denver, teaching undergraduate courses in Criminal Law and Criminal Procedure. He has also lectured on the topic of criminal procedure as an adjunct professor at Washington State University Vancouver in 2004 and 2005.

Mr. Ramsay is licensed to practice law in both Washington and Colorado. He has tried hundreds of criminal cases during his career. 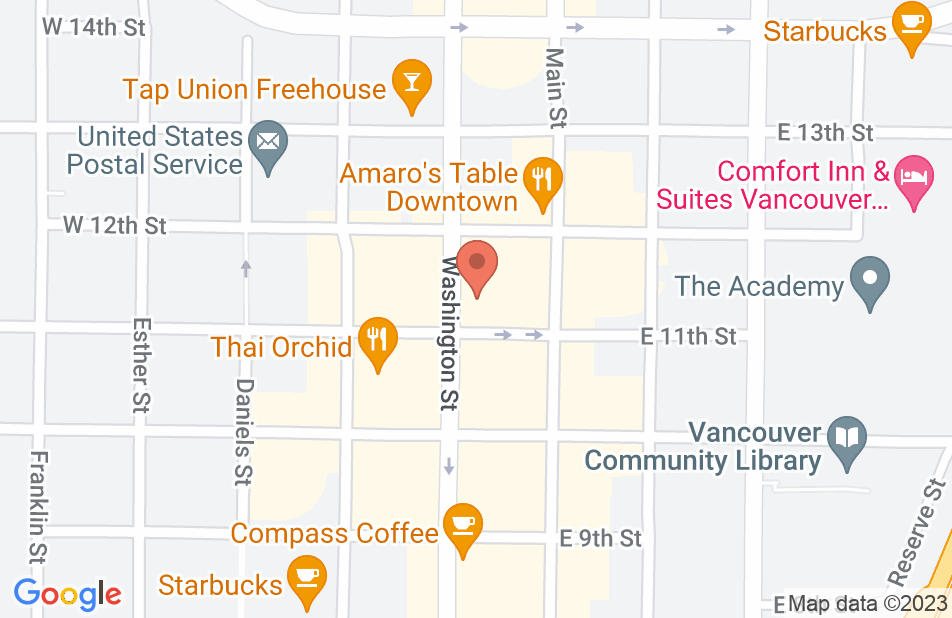 I went to court with confidence with Chris Ramsay

I called and made a appointment with Chris Ramsay after I was arrested for a DUI. I went to his office feeling very nervous and at the end of the appointment he made me feel confident with his professionalism and concern for me , after court I felt relieved and very thankful for Chris Ramsay's services and I received only one day in jail. Chris Ramsey even called me a few weeks after court and asked me about my well being and that I was doing all the things that the court and state ordered me to do. I would very highly recommend Chris Ramsay if you need an attorney.

I have hired Christopher Ramsey to represent my son on misdemeanor charges because of his past experience and practical skills in working on other side as a prosecutor. The attorney has discussed options and recommendations, provided a solution to resolve the charges with a flat fee. Resolution was as projected, our research has paid off, Christopher Ramsey has delivered as promised. We would highly recommend Christopher Ramsey for anyone seeking pragmatic criminal defense attorney with plenty of experience, great personality and reasonable costs.

I had case in criminal Defense, Attorney Chris Ramsay represent me on the case, he is a very professional and responsible lawyer in the field of Criminal Justice. He is knowledgeable and experience lawyer. He is reputable lawyer in this Area, very approachable and dedicated. He has a reasonable cost wise, so I highly recommend Attorney Chris Ramsay for Criminal Defense if you are looking for criminal defense lawyer.

Professional to the core

I could write volumes about Chris and his ability as an attorney and now as a friend. In handling a serious criminal case Chris was very knowledgeable about the law and relevant case decisions. He kept us aware of every nuance in the case, all meetings and case prep. His hard work and determination led to a desired outcome. I would highly recommend Mr. Ramsay to any potential client.

"Christopher Ramsay defended me brilliantly in a 3 day trial with numerous charges including a felony. He was well prepared, engaged and knowledgeable of the courtroom protocols. The judge liked him and the jury loved him. That worked out very well for me. I would highly recommend Chris with regards to criminal defense and as a friend. Our victories in the courtroom were a culmination of belief, teamwork, communication and, I believe, Gods protection upon my life. Thanks for all your help Chris."

While I was a prosecutor I had several cases with Chris as the defense attorney and I can honestly Chris always did a great job. Chris is easy to work with but also willing to fight for his clients. Call him right away and he will help you out.

I have known Chris Ramsay for over 10 years. I know him to be an incredible advocate for his clients and an excellent attorney. He has a phenomenal reputation in the community and is highly skilled in all aspects of criminal defense. I endorse this lawyer.

I endorse this lawyer. Having worked opposite Chris Ramsey many times in my prior position as a Senior Deputy Prosecuting Attorney, I found Chris to be a talented litigator with a solid grasp of the law and facts of his cases. Additionally, I always found Chris to be an attorney that could be trusted implicitly.

Chris brings a wonderful blend of compassion and empathy to his excellent legal knowledge and experience. Chris is a skilled trial advocate. I highly recommend Chris to anyone needing expert representation.

I endorse this lawyer. Chris has a keen mind and great demeanor. He is able to quickly assess the legal situation faced by his clients, and offers them great counsel. Chris has terrific trial skills. Juries like him. When I have clients who find themselves needing a criminal defense attorney, Chris is the first name on my referral list.

Chris is an excellent attorney with a lot of experience. I worked opposite Chris when I was a prosecutor, and found him to be reasonable, but a zealous advocate for his clients. I recommend him without hesitation.

I've worked with Chris for a number of years and he is always very professional and prepared on his cases. I personally had a trial with Chris when I was a prosecuting attorney, and came away very impressed with his skills in litigation and in presenting a criminal case to a jury. I would highly recommend Chris to anyone looking for a great attorney here in Clark County and surrounding areas.

Chris is a solid, down-to-earth guy who knows all the twists and turns of criminal law. If you are unfortunate enough to need a criminal defense attorney, he is a good choice.

Chris is knowledgeable and dedicated to providing a high level of representation for his clients. I endorse Chris without hesitation.

Chris Ramsay is one of the most common-sense and level-headed lawyers I know. He's on the short-list of folks I recommend to friends and family if they need solid legal advice.

I have known Chris Ramsey for over a decade. For the past 10 years I was a Deputy/Senior Deputy Prosecutor in the Major Crimes Unit or in the Children's Justice Unit. Chris and I have had a number of very difficult and sensitive matters, where Chris was opposing counsel. My experiences with Chris were always positive and professional. He has a deep understanding as to the area of Criminal Law. I have seen him take great effort to provide quality services to his clients and provide very effective advice. He was always a worthy opponent for whom I have great respect. I endorse this lawyer.

I've known Chris both as a prosecutor and a fellow defense lawyer. He is a great attorney who is very honest.