IRS AUDIT or COLLECTIONS PROBLEMS? Call to speak with an Experienced Tax Attorney. (425) 654-8432 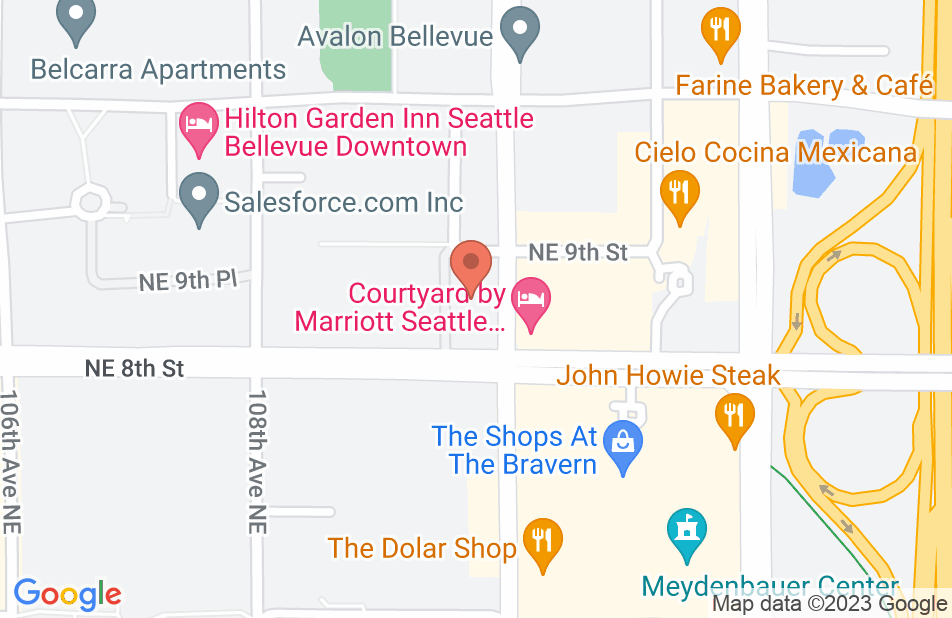 Drew was able to resolve our tax issues quickly and completely. We would absolutely work with him again.
This review is from a person who hired this attorney.
Hired attorney

This attorney approves of Drew Wyan

I am an attorney, but no tax attorney. Drew helped me get an approximately $5000 rebate from the IRS after it incorrectly hit me with penalties. I could not have done it on my own - and it was easy to work with Drew. Much appreciated!
This review is from a person who hired this attorney.
Hired attorney

I am a physician who has practiced in the Seattle area for over 20 years. My wife and I founded a clinic on the eastside in the early 2000s. We specialized in conducting clinical trials but also treated patients in private practice. My wife took on the responsibilities of managing the business while I was responsible for the clinical decisions. In late 2012, my wife suffered a traumatic brain injury as a result of a fall in a bathroom at home. What initially presented as a fairly mild concussion evolved into something far more serious, leading to significant distractibility, poor time management, and an inability to complete tasks. What made things worse was consistent reassurances from medical specialists that she was "fine". As a physician and a husband I knew she wasn't "fine" but was unable to find any professionals who agreed with me. And, my wife was in denial that there was anything wrong. To make a long story short we ran into a number of financial difficulties and fell behind with the IRS. I started having my own medical problems as well, mainly due to overwhelming stress. In 2014, I suffered a stroke. I was eventually referred to Mr Wyman by my CPA. He worked tirelessly on our behalf, helping us with establishing a payment plan for back taxes with IRS and avoiding further actions against us. Several years ago Mr Wyman mentioned the possibility of filing for abatement of penalties and interest with IRS. We had paid well in excess of $100,000 in penalties and interest for several years when both of us had significant medical impairments and were unable to function at a productive level. In fact my wife hasn't worked at all since early 2013. Several weeks ago we received notification from the IRS that our petition was approved and shortly thereafter the penalties and interest monies were refunded to us. I can't thank Mr Wyman enough for his steady counsel and consistent professionalism throughout our ordeal. I am convinced the favorable decision by IRS would not have happened had we not hired Mr Wyman as our attorney. He was at all times fair, honest, open, and transparent about his fees and hours he had worked on our case. I have worked with a number of attorneys in my career and can say without hesitation that I have never worked with anyone that was as organized, supportive, and unflappable as Mr Wyman. I rate him 5 out of 5 stars. A real pleasure to work with.
This review is from a person who hired this attorney.
Hired attorney

I worked with Mr Wyman on an IRS tax court case. As I am on an assignment to work overseas, it makes the situation more complicated. Mr Wyman took care of all the details and we communicated mainly via email. The case was settled successsfully with a great outcome for me. Highly recommend his service.
This review is from a person who hired this attorney.
Hired attorney

Drew has been my tax attorney for 4 years. He has helped me navigate some intricate IRS issues with my businesses and resolved a repayment plan which helped me out tremendously. I endorse Drew as a consummate professional and will continue to retain his services whenever I need sound advice. CN
This review is from a person who hired this attorney.
Hired attorney

Drew Wyman Is The Best!

I had a complex problem with back taxes that required reviewing several years of returns and other data. I had delayed taking action for years, which made the situation even more difficult. Drew took it all in stride and set me on the right path. Everything is now resolved, thanks to Drew and his excellent advice. In addition to being a fine attorney, he is a patient and compassionate person. I would definitely recommend him to anyone.

Impressive understanding, coordination, and communication throughout

Andrew jumped right in and made this super simple for me. He coordinated and communicated throughout and brought the issue to a perfect resolution that met my needs. I am super impressed and will be using him in the future.

Drew's thorough knowledge on the tax laws helped us resolve a major issue with IRS without much stress and at reasonable cost. He is very prompt and keeps you updated with progress. He is always available when needed to talk to. If you have a need with tax related issue I would strongly recommend Andrew Wyman's service.

I worked with Andrew on a tax defense case. Andrew was very knowledgeable, professional, and personable. He also had a great handle on the case, kept me well informed of all matters, and duly followed-up with me regarding every detail that needed my attention. I highly recommend Andrew as a tax attorney.

Drew Wyman is an outstanding attorney

Mr. Wyman was patient and has a vast knowledge of the tax system. He did keep me informed of the entire process. Always willing to help and take time out of his day, which showed to me a commitment to excellence. I thank you again!!!
See all reviews

I endorse this lawyer. Andrew is an outstanding tax lawyer taking interest and great advocacy in resolving its clients'matters. Drew, as a former IRS agent, understands and provides tremendous value to any tax issues that one could face. I have sent multiple referrals to Drew with confidence.

I endorse this lawyer's work. Drew is my go-to-guy when I have a tax issue that falls outside my normal course of practice. I highly recommend Drew for tax related issues.

I endorse this lawyer. Drew is an outstanding attorney. He is intelligent, articulate and dedicated to serving the needs of his clients

Mr. Wyman is an intelligent and conscientious attorney who finds creative and efficient ways to achieve his clients' goals. I endorse this attorney's work.

I have known Drew personally for 19 years and have worked with him on a number of matters. He is the first person I go to when I have questions involving tax and estate planning matters. Drew is known for tirelessly working on his client's behalf to attain the results they deserve. He is an outstanding attorney and an outstanding advocate for his clients. If any of my client's have complicated tax or estate planning legal issues, I immediately send them to Drew. I fully endorse this attorney. Dean D'Mellow

Andrew knows the area of tax law. Andrew is on a short list of attorneys who I refer people to for tax related matters.

I have known Drew for a number of years and know first hand of his high intellect, his dedication to his clients, and his superior knowledge of his field. He truly is the only attorney I refer people to who need his expertise.

I endorse this lawyer. Andrew is an excellent attorney whom I have known for 12 years. He is intelligent, ethical and practices law with diligence and integrity. I recommend him with confidence to anyone needing solid tax advice or representation.

I endorse this lawyer. Andrew is an outstanding tax lawyer taking interest and great advocacy in resolving its clients'matters. Drew, as a former IRS agent, understands and provides tremendous value to any tax issues that one could face. I have sent multiple referrals to Drew with confidence.

I endorse this lawyer. Andrew is extremely well qualified for handling any number of tax related legal issues. I highly recommend him for all tax law matters.

Attorney Wyman has definitely seen his share of tax controversy matters and this is clear by his posts. Despite refusing to post a picture, even though I had to, he is one of the better contributors on the Avvo tax board. Good to finally see another Washington tax attorney on here.

Drew is an outstanding lawyer and a solid person.

I endorse this lawyer's work. Drew is my go-to-guy when I have a tax issue that falls outside my normal course of practice. I highly recommend Drew for tax related issues.