Shelley Bryant brings a diverse background in employment law, and has gained a reputation for suing large corporations in individual lawsuits and class actions. His lawsuits span the spectrum of big compnanies, from Bank of America and Wal-Mart to the Fresno Unified School District and Pacific Gas & Electric (PG&E).

Mr. Bryant earned his law degree from the University of California Davis School of Law and worked as an extern at the California Supreme Court. He began his career advising companies on employment practices and representing them in business and employment litigation. He switched to plaintiff representation of employees when he joined the Smith & Bryant law firm, and left to open his own law firm in 2011. 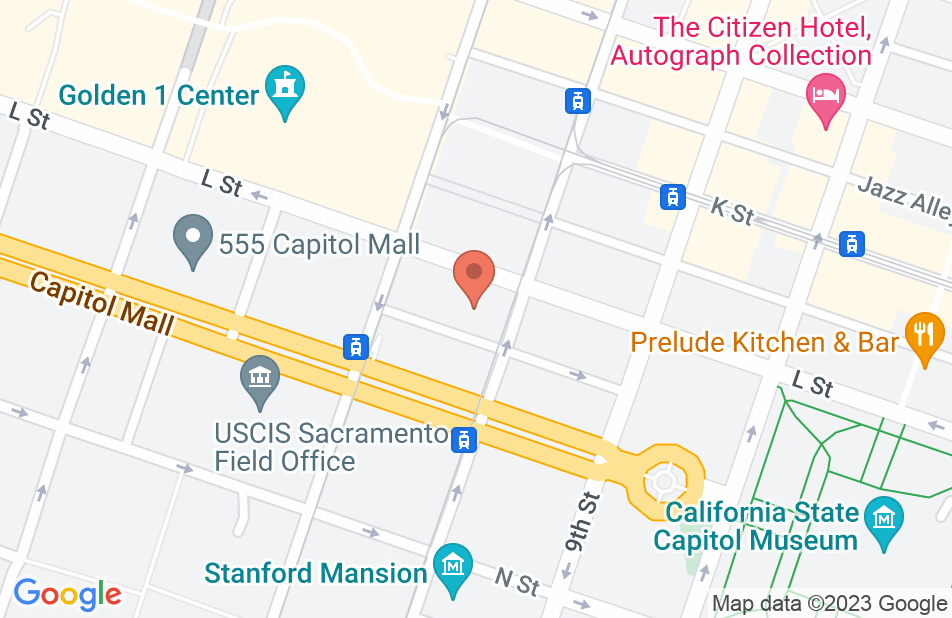 Shelley does a great job of building on the strengths and reducing the weaknesses of your case. He offers strong representation and sage counsel. i highly recommend Shelley.

Best Experience under the circumstances

Shelley Bryant and staff were wonderful. I cant emphysis enough on how helpful and understanding he was. I appreciate all the help Shelley and his staff did for me. My outcome was awesome and I couldnt ask for anything better. Shelley put me at ease with what was a horrible time in my life. If I had to do this all over again, I would choose Shelley Bryant. If I didnt say it the first time, Thank you for all you did. I would recommend Shelley to anyone if asked.

I didn’t know where to start on my search for help. I just so happened to find Shelley on google. So I wrote him, let me just say I don’t regret it! He answered all my questions but most importantly made sure I understand what he was saying and what was actually going on. From day one I felt informed and taken care of. You couldn’t ask for a better person to be on your team!
This review is from a person who hired this attorney.
Hired attorney

The Best Attorney in the Central Valley

We trusted Shelley with our case because of his good reviews online. He always stayed in touch with me, which is rare for attorneys – they never call their clients back. I appreciated that. His office is organized and neat. He stood up to my wife's company and got a good result. The company attorney did not have a chance. Like most people I did not know of any good attorney for my wife’s case. I have a pre-paid attorney service through my work which I never use. So, I decided to give them a call and I found out that they only represent employers for cases like my wife’s. They did give me advise to file a complaint with the office of EEOC to get a right to sue letter from them and then hire an attorney. I did that on my own. When I was ready to sue, I did not have an attorney. I quickly learned that in the central valley there are almost no attorneys that specialize in employment law that want to represent employees. Most attorneys want to represent employers because they have the money. Employees are typically poor and can’t afford a lawyer. I spent weeks comparing all attorneys available in the central valley and Shelley Bryant stood out above everyone. What I liked about Mr. Bryant since the beginning was that he only represents employees and he is the very best!!! He is technologically savvy which was very important for us during this covid-19. We didn’t need to get out of our home. He was always there at any time of the day responding to an email, a text or a call. A lot of times it was pretty late in the evenings (9-10 pm) and he was responding to emails. He is a good listener and explains everything to the clients very well. We are very happy with the outcome and will always keep him as my family attorney as long as he is still working.
This review is from a person who hired this attorney.
Hired attorney

Mr. Bryant is an excellent attorney. His expertise skillfully guided me during the entire ordeal and lead to a great outcome for me and ultimately, my family. Shelley was easy to reach by email or phone when I had questions and always took the time to respond, even when it was just panicked questions by me. The ease and timeliness of exchanging critical information and documents by him and his office gave me great confidence in the process. Can’t say enough about his caring professionalism, knowledge and flat out taking care of me, his client, against the company and its attorneys.
This review is from a person who hired this attorney.
Hired attorney

I reached out to Shelley for support with wrongful termination representation from a past employer. From the start, Shelley was extremely responsive, easy to work with, flexible, and most of all, very knowledgeable and skilled. He made a difficult and unpleasant situation one that was easy to navigate and resolve, and I was pleased with his approach, advice, and again, the end result. I would highly recommend Shelley for employment law-related support.
This review is from a person who hired this attorney.
Hired attorney

Shelley Bryant is an EXCELLENT attorney!

Shelley responded to my inquiry immediately! He told me what to expect and was extremely knowledgable! He was always available to answer my questions and stayed in touch with me by email and phone. I am so thankful to have had such an excellent attorney when I needed advice. He was kind, understanding, and professional! I would highly recommend Shelley Bryant!
This review is from a person who hired this attorney.
Hired attorney

Shelley Bryant was an incredible resource during a difficult time. He was able to review my documents efficiently and answered all of my questions quickly by email. With all the uncertainty from this pandemic, I was happy to have the assistance of an employment expert on my side. I will certainly be referring others to him!
This review is from a potential client who consulted with this attorney.
Consulted attorney

Razor sharp, honest, fair, and incredibly responsive; if you need help, Shelley Bryant and Bryant Whitten, LLP will fight for you every step of the way. I was referred to Shelley by another friend/attorney who thought I might have a case, but also said I should work with someone who specialized in representing employees with employer disputes. Without Shelley’s help, I truly believe that I would have been outgunned by an army of the employer's attorneys and a near unlimited amount of venture capital backing that would have tried to grind my case on for years and years. Shelley however, is a driver and he’s incredibly efficient; he knows how to keep things moving and avoid the delays and gamesmanship tactics that your employer's giant law firm might attempt. He values his own time and likewise will never waste yours. Whenever it was needed, he made sure I was updated with calls, emails, and text messages. At the conclusion of my case, I honestly felt like I was represented by the better attorney. Shelley was ahead of the other counsel every step of the way, anticipating the correct timing of events and keeping in front of everything. Overall, working with Shelley and Bryant Whitten, LLP gave me great confidence in the midst of a very awkward and uncomfortable situation. While I hope to never need an employment attorney again, I’m so glad I was referred to Shelley - I trust him and his firm and would highly recommend them to anyone who wants an amazing attorney that will fight for their rights.
This review is from a person who hired this attorney.
Hired attorney

Shelley responded to me without delay. He always told me what to expect and kept me in the loop with what was going on. He listened to me vent and answered all of my questions. He kept me very calm and I appreciate him and his office for everything they have done for me. I would of been lost and so nervous and scared to proceed with my case without Shelley. Best decision I ever could of made was working with Shelley for my case.
This review is from a person who hired this attorney.
Hired attorney
See all reviews

Dmitriy Cherepinskiy, Employment and labor Attorney on Apr 29, 2015
Relationship: Other

I endorse this lawyer. I've known Shelley since law school. I would not hesitate for a second to refer any friend or family member to Shelley.

Kevin Schwin, Employment and labor Attorney on May 31, 2012
Relationship: Worked together on matter

I endorse this lawyer. Shelley Bryant is competent and professional. He has great organizational skills and he is very efficient. I would recommend him to anybody in need of a discrimination, sexual harassment, wrongful termination or labor lawyer.

I have litigated several matters as opposing counsel to Shelley and I have also worked with him. In both circumstances, he has been a knowledgeable and aggressive labor and employment attorney.

I have known Shelley as a colleague, and as opposing counsel, and as an advocate for a party on matters where I was the neutral. He has been unfailingly prepared, honest, hardworking and insightful in his representation of his clients. A gentleman and a scholar.