For over 39 years, the Law Offices of Richard Sax have provided skilled, effective legal representation to individuals and businesses in the Bay Area and throughout Northern California. The dedication of our firm to excellence and personal service has led to our strong reputation in the legal community. For us, lawyering is not merely an occupation. The law is our calling. We take action for you, and we get things done.Our success derives from balancing a personal approach to each and every client with dynamic and tenacious advocacy. We regard clients as individuals, never as names attached to legal files. In every case, we strive to provide the finest legal services in a focused, creative, and cost-efficient manner, offering effective legal solutions that are grounded in experience.Many of our practice areas overlap. A client undergoing a divorce may need to obtain a restraining order, transfer title to real property, or update wills and trusts. Business clients may need us to prepare and review contracts, preventing future legal disputes, or to provide a vigorous defense in ongoing litigation. Having a broad base of knowledge helps our law firm cater to our clients' needs--not just in the present, but for years to come.We understand how disruptive legal issues can be in your life. Our straightforward approach will help you, your family, and your business resolve your concerns. We take action for you, and get things done. 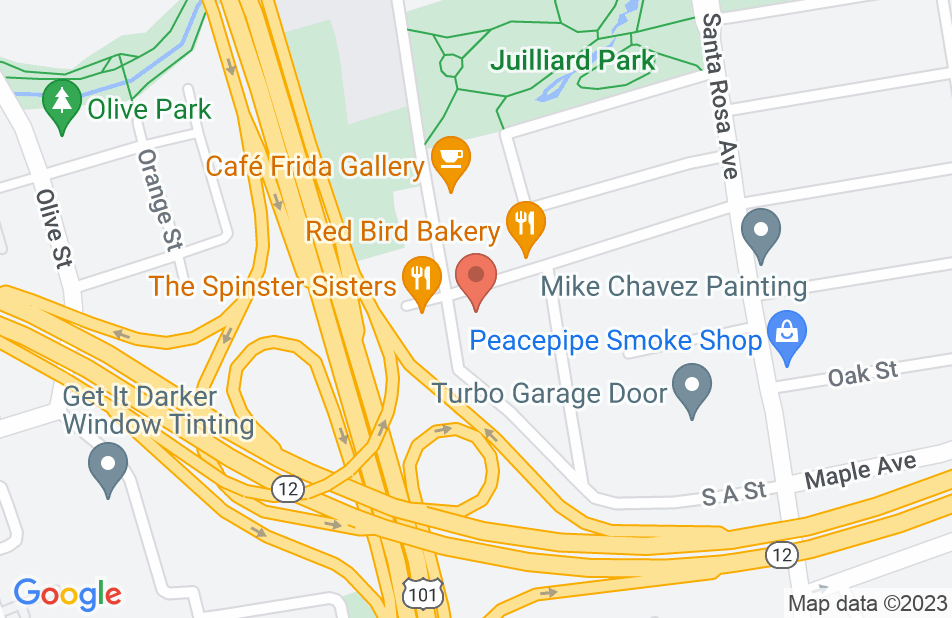 After fighting foreclosure on my own for years by raising legal challenges it was time to turn it over to a professional. Knowing that most homeowners lose I needed the best attorney possible because I couldn't lose my home of thirty years. After much research on Google scholar it was narrowed down to three or four attorneys or law firms in Northern California based on repeated success for homeowners against the banks. One stood out not only for having a published opinion but also because I'd hired him years earlier to successfully represent me in a partnership dispute and that was Richard Sax. He has all the qualities that you want in an attorney. He's a sharp and experienced litigator who's driven to win and respected by the courts and the opposition. He's also honest and wants the best result for his clients. His communication skills are excellent, he listens and works with the client and always promptly responds to emails which I understand is kind of unusual. There aren't that many attorneys willing to go up against big business and the banks on the behalf of the little guy but this is something at which Sax excels. Foreclosure litigation is complex involving multiple areas of the law and he is experienced in them all. Making his representation even more effective his practice includes highly regarded real estate attorney, William Matz. His paralegals and staff are always cordial and helpful and this means a lot in something as nerve wracking as fighting a financial institution trying to take your home. His successful representation has prevented my home from being foreclosed on and I give him the highest possible recommendation.
This review is from a person who hired this attorney.
Hired attorney

Richard Sax is your man if you want an experienced and professional lawyer. He helped us navigate a bad situation in child custody. Richard not only listened to us but fought for us all the way to victory. He charges fairly and brings invaluable law knowledge to the plate. Without Richard and his team we would have been still in litigation, and a child’s voice unheard. Thanks again for superior work guys!
This review is from a person who hired this attorney.
Hired attorney

Richard Sax and his staff helped me change my business to a LLC. I attempted to do this myself but the process was too complicated, overwhelming, and time consuming to figure out. They made it easy and did everything so fast. I wish I would have contacted Richard earlier because the peace of mind I now have for protecting personal assets is such a great feeling. Getting this done was a huge weight lifted for me and my family. If you need any kind of help with legal matters then you need to contact the Law Offices of Richard Sax. I can guarantee you will be glad you did!
This review is from a person who hired this attorney.
Hired attorney

I couldn't even put into words the gratitude I have for Richard Sax and his associates. I hired Mr. Sax to help me get custody of my nephew. The parents were not involved, however the paternal grandmother was. It was a three year battle with the Indian tribe getting involved and countless court dates, however Mr. Sax went above and beyond to help me save my nephew. This law Office is so caring and efficient. I am eternally grateful for Richard and his law office. With out his persistence and countless hours of paperwork I don't think I would have my nephew. If your looking for legal help, I swear Richard Sax is the person you want!
This review is from a person who hired this attorney.
Hired attorney

Not only did Mr. Sax help me through an absolute nightmare of an estate case with family, he took on another personal case my husband and I had, no questions asked. You need him he is right there by your side never turns his back on you and is a shark in the courtroom. He knows his stuff!! Is not afraid to call it as it is!! He is kind, caring, truly wants the best for his clients and will do right by you when our lovely justice system has other plans. He is sharp and never have to wonder and wait for a call back or email!! He is on the case for his clients. I can not thank this man enough or show my appreciation to him and staff for taking care of my family and I!! Truly a blessing in my life!! I will forever be a client and Mr. Sax and Sunny will always hold a special place in my heart!! I can't thank him enough!!
This review is from a person who hired this attorney.
Hired attorney

I would of lost everything with out them

I was tring to be civil in my separation. But my ex was on drugs and a bit scary. I contacted Mr Sax and he took my case. He saved our kids and he's saving my part of the business and property. Everyone at this firm is very helpfully and very professional. I'm so grateful and appreciate all of them. Thankyou so much. Kimberly
This review is from a person who hired this attorney.
Hired attorney

Unskilled and Uncaring, Helped a Stalker Abuse a Disabled Man. Could Not Get Him Conversant in Case. Much Worse Off!

Richard may have been a good attorney once - I now think he doesn’t care about his clients. Everything here is my opinion, personal feelings or facts of the case. A person is using restraining orders to stalk me. Desperate to recover my life, I reluctantly sought a protective order. I told Richard I only want to proceed if he was certain we’d win; he was pretty sure we could. After 2 years extreme PTSD, I gathered up last savings, paid his retainer. A huge step for me just to be in the courtroom with my abuser. We agreed to hiring a process server. His office called, insisted I find a friend to serve process or we’d miss filing date. High anxiety for me, never did get her served. I informed Richard, he said I’d wanted to be “near her.” First red flag for sure. Should have fired him then and there. He refused to become familiar with the prior case, could not convince him to be prepared. He not being conversant cost us dearly. In the courtroom, he was a complete greenhorn. My stalker took my claims and filed her own restraining order. Richard was unreachable - even his office doesn’t know how to reach him. When he finally responded, he said nothing new here - of course, it was my exact language! My stalker charged at me on the beach screaming and cussing. I couldn’t prove it, then lo, she brought in video which did. The video showed she lay in wait and images further contradicted her own Declaration. She lied 2x. Richard couldn’t win with that. My own witness described being harassed by my stalker 2x, followed out of the market by my ex with fists raised, spittle flying. She feared for her own safety and underwent six weeks of panic attacks. A County Supervisor’s wife, no less! Richard couldn’t win with that. My ex’s argument for running a stop sign to hit me was there were places I could have pulled over. I said I did pull over, her fool attorney just repeated himself. She did not deny the violent attack with a motor vehicle. Richard told me he’d won restraining orders just because someone gave someone the “bird”. I personally find it aggressive and yet my stalker proudly admitted it. Richard did not win. Richard presented his bill as if he’d won the case, a full 25% over his rate. The whole courtroom seem embarrassed as this doddering man was fully out of step with the proceedings. Ex and I were in the same restaurant together, no restraining orders issued. I never approached her, I never saw her. Oddly, my ex describes her own fixated behavior taking photos of me backwards over her shoulder, which photos contradict her own claims. Judge said ex gasped when she saw me, therefore deserves a 5 year restraining order against me, even though her testimony and declarations contradicted! I’m further entrapped by this person I only dated 1.5 years and want nothing more than to be left alone, worse off than before I’d met Richard. He failed to object, despite being asked, to the other attorney’s highly inflated fees, costing me an additional $5,000. I was suffering from PTSD so badly I couldn’t earn income. One word, object, would have done it. Richard’s invoice came in 3x over his quote, though no change in scope, venue, or the anticipated contention of opposing party, less work than promised, was unconversant. Entitled to copies of exhibits, Richard failed to request real-time, then refused to get them for me. Basic stuff. I feared I may have to move from my home. Richard quipped, “I think we did a pretty good job.” Really? She continues to stalk me. There’s nothing I can do, I’m disabled, terrorized, afraid to go out. COVID may have a single upside - I’ve been left alone more, and can finally get my head around what happened and write this review. It is my view that Richard Sax does not care about his clients, cases, profession. He struck me as lazy, uninformed, unresourceful, unskilled. He got me into far worse territory than I was. I highly recommend avoiding -
This review is from a person who hired this attorney.
Hired attorney

I worked with Richard when I practiced law in Santa Rosa. I found him to be very skilled as a litigator. I highly recommend him for civil litigation matters in Sonoma and Marin counties.

Robert Bell, Criminal defense Attorney on May 23, 2010
Relationship: Worked together on matter

Mr. Sax is a thorough and diligent advocate for his clients and works hard on his client's defense through court procedures and settlement negotiations

I endorse this lawyer's work. Richard works hard for his clients to get maximum recovery for their injuries.