In court, Michael Silveira  has one objective: to win your case!  He believes that everyone accused of a crime  deserves the highest  quality legal representation.

An expert traffic ticket defense attorney, Michael is considered by many to be one of the few top Traffic Lawyers in Northern California.  Few traffic lawyers can match his proven track record of experience and positive case results.

Michael was born and raised in San Francisco.  While in law school, he focused his studies on Trial Advocacy, the art of persuasion in the courtroom.  He graduated with Honors in the top %8 of his class of over 250 students, and was on the Honor Roll nearly every semester.  He also wrote and edited for the Law Review, a prestigious law journal whose membership is reserved for students in the top    %10 of their class.  After graduation, Michael passed the California Bar Exam on his first attempt.

As a former Judicial Assistant at the San Mateo Superior Court, Michael worked in a courtroom each and every day.  From the unique perspective of a Judge's Assistant, he observed the litigation of thousands of criminal cases and traffic cases.  Michael would constantly evaluate and record which legal approaches were successful in court.  He also had the extremely rare opportunity to directly ask judges what worked and why!

Before his position with the San Mateo Superior Court, Michael was a volunteer with the San Francisco Public Defender's Office.  He directly participated in and co-chaired over 10 jury trials, most of which resulted in "hung" juries or not guilty verdicts.

Respected for his tenacity, legal knowledge and advocacy by Judges, Commissioners, Court Staff and even Law Enforcement, Michael is the lawyer you need on your side. 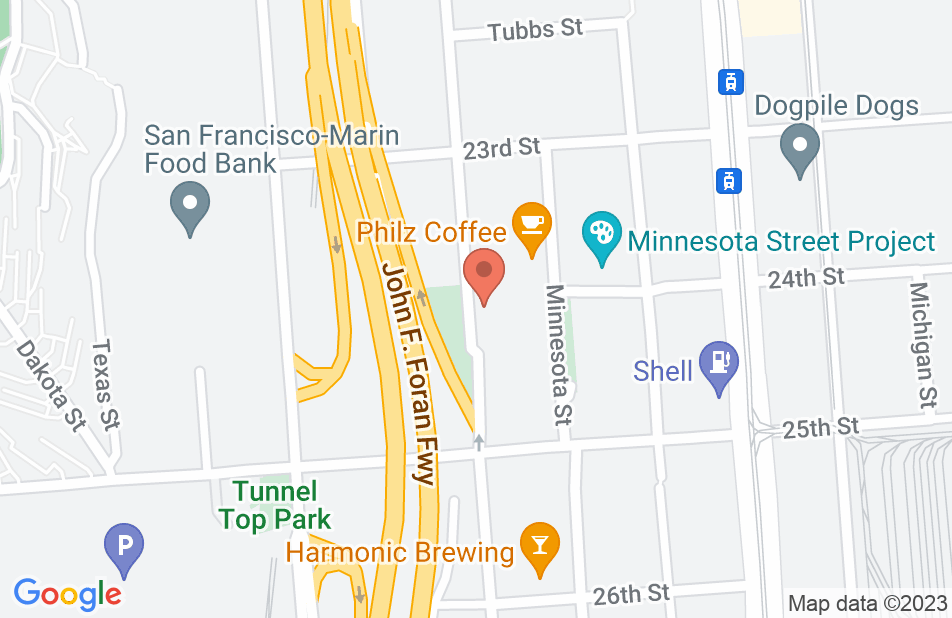 Silveira Law is the best! I used them to contest an automated red light ticket. The cost to fight the ticket was around the same as the citation fine. Michael and Katherine were very responsive and kept me always up to date, even when the courts shut for COVID-19 for several months. I have nothing but praise for Silveira Law! 10 STARS!
This review is from a person who hired this attorney.
Hired attorney

First time ever using an attorney's service for anything, great experience. Sent all the papers and fees then just had to wait; the citation was dismissed.
This review is from a person who hired this attorney.
Hired attorney

Few years ago I had a speeding ticket, Silveira Law took care of it for me. Unfortunately a few months ago I "ran a light" and got another ticket. I contacted Mike's law firm again , in a few months time, the ticket was taken care of. Michael represented me on my behalf and my ticket was dismissed. I am grateful that there is a way to not have my driving record "broken". Hopefully I don't need to call them again, but if I ever receive another traffic violation, I would call them without any hesitation, knowing that they will do their best to take care of the violation for me. Thank you Michael and your staff.
This review is from a person who hired this attorney.
Hired attorney

After an extensive search and contact with several other offices I selected traffic attorney Michael Silveira at Silveira Law. Mr. Silveira got a complete dismissal of my challenging case! In addition, they had great knowledge of the specifics of my county, and the entire process was efficient and professional. I'd especially note that Mr. Silveira's assistant Mayra was incredibly prompt, organized and responsive. They're a great team and for me there's nobody better in the Bay Area.
This review is from a person who hired this attorney.
Hired attorney

So grateful to Michael at Silveira Law for helping with dismissal of my traffic violation. Mayra was our point of contact and she did a great job at keeping me up to date with the progress of the case. The team made this process easy and painless. Thank you!
This review is from a person who hired this attorney.
Hired attorney

After the first conversation I had with the staff at Silveira Law, I knew I would hire them. The staff was extremely responsive and kept my mind at ease. Michael was also great to work with and answered all my questions. After all was said and done, my DUI charge was DISMISSED and I received a much lower charge of drinking in public. Silveira Law fought for me every step of the way. Highly recommended! Lauren S
This review is from a person who hired this attorney.
Hired attorney

Mike is excellent and professional with the highest integrity

I was skeptical when I first decided to hire a lawyer to fight my ticket. However, Michael proved me wrong. He was excellent, professional, organized, experienced. I could have went to other traffic lawyers but I chose Michael because he impressed me. Great results. I am very happy and satisfied customer. I would not hesitate to recommend Michael to anyone with a traffic issue.
This review is from a person who hired this attorney.
Hired attorney

Mike is the best traffic lawyer in the Bay area

Mike is a REALLY good lawyer. I have used him on 2 occasions for traffic tickets; the first he was able to get my infraction greatly reduced, the second he got completely dismissed. His prices are very fair and he represents you 100%, you literally don't have to do anything. His success rate is extremely high, and he and his staff are communicative throughout the whole process. Mike is my go-to lawyer for traffic tickets in the Bay area. I wouldn't even consider using someone else, he is fantastic.
This review is from a person who hired this attorney.
Hired attorney

Michael did an amazing job with my 90+ mph speeding ticket. AND helped another friend I recommended to Michael stay out of jail. He will get his place in DMV heaven for sure.

Case dismissed on a +100mph ticket!

In June 2013, I got pulled over on 880 at 4:30am in Union City doing 106mph. I hired Mike because a ticket over 100mph is an automatic court appearance with a max penalty of 2 points, 30 day license suspension, and hefty fine. I didn't want to have to deal with going to court so i hired him for convenience and the hopes of him getting the ticket reduced. All communication was done through email and telephone. I never set foot in his office or met him in person. I emailed him my ticket, paid his fee and he handled the rest and kept me updated with the case via email. 8 months later, case dismissed! couldn't be any happier. Only 4 stars for responsive because he didn't answer a couple of my emails. He did answer my call when I didn't hear from him the day after my court date.
See all reviews

Anybody who knows Bay Area traffic courts knows that Mike is one of the best traffic and DUI lawyers in the Bay Area. He has worked hard to earn this reputation and has handled literally thousands of traffic cases. He is the person other lawyers call when they have a question about red light camera issues, radar/lidar, reckless driving, excessive speed (100mph+), driver's license suspensions, and traffic appeals. He is the person lawyers hire when they or their friends or family get a speeding ticket.

I endorse this lawyer. His willingness to contribute to the AVVO community along with the substance of those contributions displays an attorney that is ready, willing and able to zealously advocate for his clients. I wouldn't think twice about referring a potential client to Mr. Silveira.

Not only is Michael a strong litigator, he always has a smile and a positive attitude.

Anybody who knows Bay Area traffic courts knows that Mike is one of the best traffic and DUI lawyers in the Bay Area. He has worked hard to earn this reputation and has handled literally thousands of traffic cases. He is the person other lawyers call when they have a question about red light camera issues, radar/lidar, reckless driving, excessive speed (100mph+), driver's license suspensions, and traffic appeals. He is the person lawyers hire when they or their friends or family get a speeding ticket.

I have had the pleasure of seeing the time, effort and dedication that Mike puts into his matters. His knowledge of the law and dedication to his clients is most apparent. He would be one of the first attorneys that I would see if I were in need.

I endorse this lawyer. His willingness to contribute to the AVVO community along with the substance of those contributions displays an attorney that is ready, willing and able to zealously advocate for his clients. I wouldn't think twice about referring a potential client to Mr. Silveira.

Scotty Storey, DUI and DWI Attorney on Nov 13, 2012
Relationship: Worked together on matter

I have worked with Michael on a number of different cases. I am very selective with whom I work and Michael is a superlative attorney who is very attentive to detail and exceedingly knowledgeable to relevant law.

John Stanko, DUI and DWI Attorney on Oct 22, 2012
Relationship: Worked together on matter

Michael Silviera is a well respected, highly aggressive attorney and I have had the opportunity to work with him on several matters. He knows the law and the issues of traffic ticket defense quite well. The cases we worked on were resolved favorably and our clients were happy. I have the greatest respect for him, his ethics, client relations and more importantly, his knowledge of the law. Michael's passion for traffic ticket defense in San Mateo County and throughout Northern California is his best asset.

Michael is an outstanding attorney and counselor. I have worked with him on a number of matters and I am impressed by his drive, determination and creativity. Michael treats people right and genuinely cares for his clients. You can't ask for more than that.

I had the opportunity to go against Michael Silveira on a recent case and was overly impressed with the manner in which mike handled the case. He knew the facts of the case better then anyone else in the courtroom; he knew the law surrounding the issues better then we did and in fact he beat the case based on his knowledge of an issue that we failed to research! Prior to going up against him, I had heard great things about him, which were all confirmed when we shared the courtroom. I have the greatest respect for him, his ethics, client relations and more importantly, his knowledge of the law! His passion for his work is his best asset. If you are thinking of hiring Mike for a case, consider yourself lucky if he is available to take your case....

Mike is a rising star and one of the best traffic ticket lawyers in the bay area. He is trustworthy, knowledgeable, a skilled negotiator and has handled literally hundreds of traffic cases with highly favorable outcomes. I would not hesitate to recommend hiring him an any traffic related or DUI matter.

Mike knows how to serve his clients, and get them the best result possible. His skill and expertise help save his clients time and money.