Recently, Mr. Callahan obtained a $50 Million settlement on behalf of two women who were rendered quadriplegic when they were struck by a motorist while jogging in the bike lane in the City of Dana Point. This is the largest personal injury settlement in the entire nation to date. In 2003, after a three month jury trial, Mr. Callahan received a record breaking verdict in excess of $934 Million in the Orange County action entitled Beckman Coulter vs. Flextronics. The verdict was the largest in California in 2003 and the largest in Orange County history.

He has been listed in Pre-Eminent Lawyer in California since the inception of the publication. Mr. Callahan was recognized by the publication California Lawyer in 1994, 1997, and 2004 as one of California’s top trial lawyers. He was also featured in Ralph Nader's recent book, No Contest, in which pre-eminent lawyers discussed significant cases they had won nationwide. Year after year, Mr. Callahan has been listed in Best Lawyers in America, Southern California’s Super Lawyers and Outstanding Lawyers in America.

Mr. Callahan was identified as one of the four top trial lawyers in Orange County in the year 2000. As such, he was asked to compete with three other top trial lawyers in a Top Gun contest presented by the Orange County Bar Association. The contest was critiqued by two state court judges and a federal U.S. District Court judge. The contest was judged by eight jurors randomly selected from the Orange County community and Mr. Callahan was overwhelmingly voted the Top Gun.

Mr. Callahan is a member of many legal organizations including the Orange County Bar Association where he served as Chair of the Business Litigation Section (1996) and the Law Practice Management Section (1993–1995). He is also a founding member of the Association of Business Trial Lawyers, the Celtic Bar Association, Consumer Attorneys of California, Orange County Trial Lawyers and American Inns of Court, Robert A. Banyard Inn.

Mr. Callahan is the author of the CEB publication Insurance Coverage for Trade Secrets, and has authored numerous articles for national publications. He frequently speaks to professional associations around the country on trial skills.

Was named One of the Top 50 Super Lawyers in Southern California for 2007 by Law & Policies and the Los Angeles Magazine. 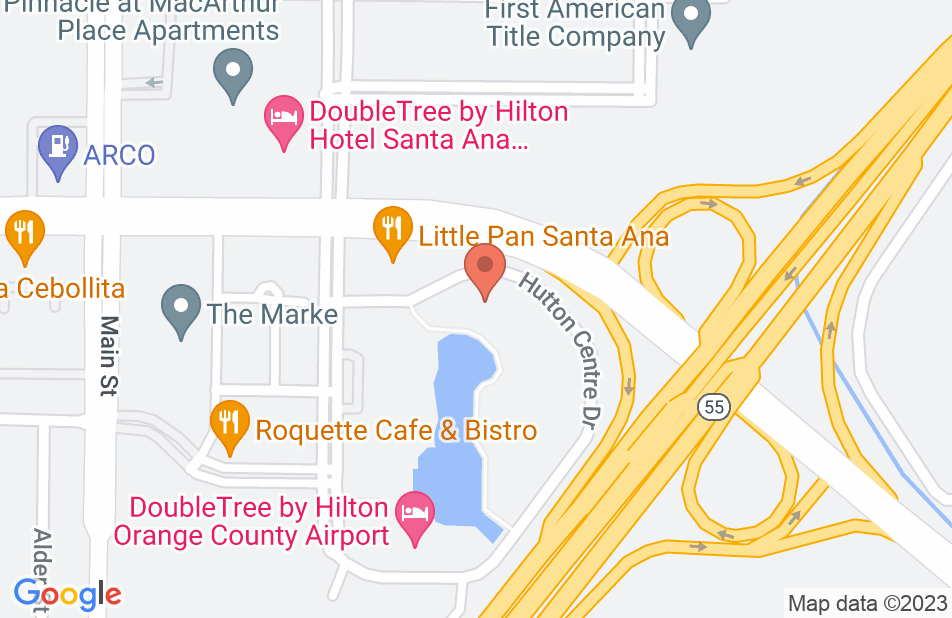 Not yet reviewed
Review Daniel Callahan

I endorse this lawyer. Dan is an extremely talented Attorney who obtains incredible results for his clients . He has multiple multi million dollar verdicts . He personifies the term Zealous Advocate , and his been honored multiple times with awards from his peers for his excellence .

Dan is a hard-nosed litigator with real guts. Sounds simple, but those combined traits are rare. Additionally, his trial experience is incomparable, and he is intelligent, hard-working and dedicated. For those reasons, I endorse him as an attorney.

I endorse this lawyer.I endorse this lawyer. This lawyer's contributions to this site are invaluable. I happily endorse this lawyer's work, ability and charity to those asking for advice. Further, I like to endorse good lawyers, because I find the AVVO rating system to be dishonest and corrupt. Frequently, disgruntled litigants on the opposing side (not your clients) will bash a lawyer on this site, pretending to be "your" client. When this situation is brought to the attention of AVVO, Avvo refuses to do anything to investigate and remove the false, slanderous "client" reviews. AVVO is a mean petty internet blog site trying to make money off of lawyers, and does not care if the public receives truthful information.

I endorse this lawyer. There are few litigation attorneys in the country that can hold a candel to Mr. Callahan. What is so powerful about him is the creative way that he looks at every case. Even after other attorneys have failed to find a cause of action, Dan somehow comes up with something no one has thought of and in doing, does a great service to his clients.

I endorse this lawyer. Dan is an excellent litigator. I presently referred him a case for which I know my client will be well represented.

Dan is one of the most respected lawyers in the state by both clients and collegues. I endorse this lawyer's work.

When you want the best and need to win, there is no one better than Dan Callahan. The results speak for themselves.

Michika Shimabe, Litigation Attorney on May 18, 2009
Relationship: Worked for lawyer

Daniel Callahan unites an unparalleled work ethic with a creative and aggressive litigation style. Clients love him and he is driven to succeed.

David Hayen, Business Attorney on May 14, 2009
Relationship: Worked together on matter

Dan Callahan is one of the nation’s leading trial attorneys. His numerous awards, such as the Trial Lawyer of the Year, evidence his reputation among his peers. I have worked with Dan Callahan on several litigated matters. His legal knowledge, experience and insight were invaluable in reaching a successful conclusion. He is not only committed to winning, but is the hardest working attorney I have ever known. Most highly recommended.

Kristy Schlesinger, Business Attorney on May 14, 2009
Relationship: Worked together on matter

Dan Callahan not only meets but far exceeds his tremendous reputation as one of the nation's premiere litigators. His undeniable business accumen, legal skill, hard work and passion result in success.

I endorse this lawyer's work. He is the best any client could find.

Dan is a trial attorney in the truest sense of the word. His accolades and results are a testament to his sophisticated and dynamic litigation style. He is successful because of his passion, preparation and perception. His innovative and clever strategies never fail to produce exceptional results for his clients and to expect his opposition's next move (or two or three). Dan Callahan's representation, especially in complex and high-profile cases, gives you an invaluable edge. I highly endorse Dan's work.

I endorse this lawyer's work. Dan is a widely-praised top litigator and all of those cudos are justified and well-earned.

Dan Callahan is a brilliant, fearless, and successful trial attorney. He gets more prepared and energized for trial than any attorney I have ever seen. His huge verdicts are the result of his great skill, passion, and plain old hard work. I fully endorse Dan Callahan.

Dan is a brilliant trial lawyer, strategist and out-of-the-box thinker.